The Best Games of 2021, according to GamesHub’s Wordplay cohort

The participants of GamesHub's inaugural games writing mentorship program with Melbourne International Games Week share their picks for the best games of 2021.
GamesHub 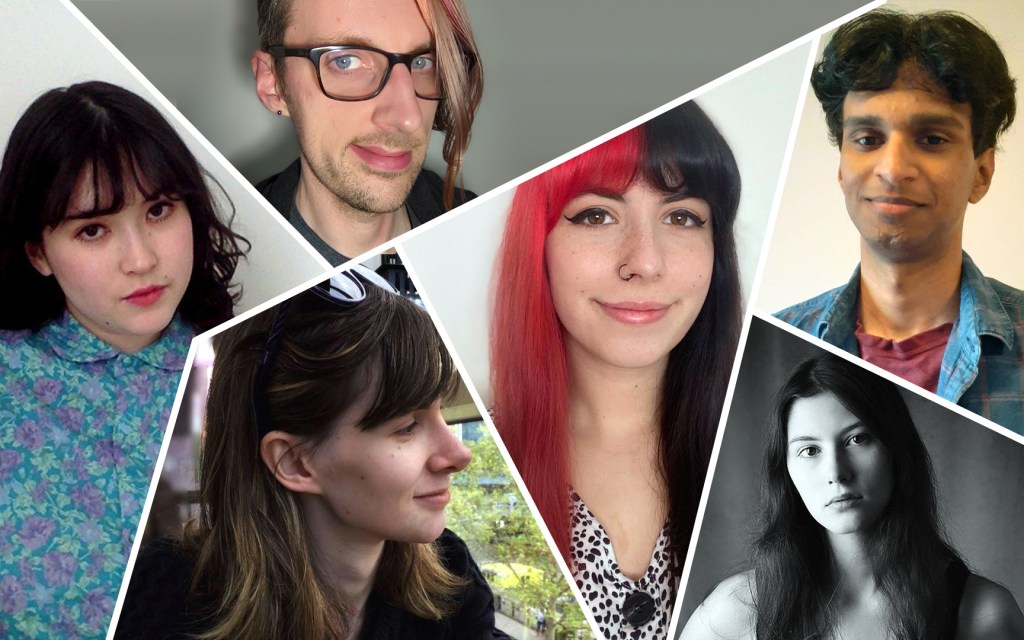 To help reflect on the year that was, GamesHub has asked contributors, Australian game developers, and friends of the site to talk about some of their favourite games or gaming-related highlights of 2021. Ring of Pain’s Simon Boxer and Unpacking’s Wren Brier gave us some of theirs, as well as ACMI curator Jini Maxwell and games researcher Brendan Keogh.

As part of GamesHub’s launch in late 2021, we ran Wordplay: A Games Writing Mentorship program in partnership with Melbourne International Games Week. The work of the inaugural cohort was simply amazing, so we’ve invited the participants back to talk about their favourite games of 2021.

There are plenty of fresh, innovative indie games out there, and I always want them to be that hidden gem. But while I enjoy sinking a few hours into some of them, there’s rarely one that keeps me coming back as much as Super Auto Pets.

Popularised by Youtuber/Streamer Northernlion, this free auto-battler has gained great traction since releasing in late September. I love the game’s casual approach to strategy, which strips away complex systems and competitive features to emphasise the two core pillars of the auto-battler genre: engaging, creative decision-making, and hilariously unpredictable automated battles.

And it’s this movement away from a competitive experience that keeps me coming back to Super Auto Pets. Not only does it make the prospect of sinking hours into the game less intense and demanding, it makes the game decidedly unfair; you can make all the ‘correct’ decisions and still lose, as randomness is ubiquitous in the game’s design.

This unfairness keeps you at the edge of your seat – your seemingly perfect composition could be matched against its Achilles’ heel, after all. And of course, it does the wonderful thing of enabling alternative strategies, which blows the possibility space wide open, and encourages players into thinking outside the box and reinvent the wheel.

Give it a try over the summer! It’s free on Steam and Android, and coming to iOS soon. – Nidula Geeganage

It’s been a massive year for games – although, it seems like this is the case every year. Despite the seemingly never-ending stream of fantastic new releases, my favourite game of 2021 would have to be the MMORPG New World. It’s been a long time since I’ve picked up a new MMO and actually stuck with it, but the game is beautifully designed and takes everything I love about MMORPGs and brings it together in a neat little package.

Despite a few hours-long queues to enter servers, staying up and exploring an entirely new world with friends until late has never been so enjoyable. The faction system in-game feels like it has a purpose, and the combat is easy to grasp and master even for someone who’s all thumbs.

The record-breaking number of concurrent players at launch speaks for the success of the game, and I’m excited to see the updates and improvements that Amazon Games has in store for New World in the coming year. – Emily Spindler

Gliding over sand-dunes and amidst the wreckage of long-slumbering technology in a meandering journey of self-discovery – Sable was a uniquely mesmerizing experience. I’ve always been a goals-oriented gamer, and I tend to want to make my way through story and objectives as efficiently as possible. But Shedworks’ Sable was a reprieve from that drive for swift progress, with something that finally let me ease up the reins.

Earning a new mask or prying fragments of lore from the belly of a spaceship wreckage was satisfying, but the thing I remember most fondly was just watching the gradual shift from gray-scale to vibrant colour as the sun rose over the horizon, bathing the dunes in warmth. It wasn’t the most polished game, nor the most complex or challenging. Certainly I’ve spent more time with other games this year. But Sable was remarkable in its elegance, and delightfully meditative in an otherwise busy 2021. – Persephone Ranson

Read Persephone’s piece: The Hero’s Journey and Monomyth: Does it work for all games?

Last year I picked up Red Dead Redemption 2 for a few hours and didn’t touch it again until I was knee-deep in thesis work and looking to procrastinate. I was suffering from open-world fatigue, or Too Much Fallout, and wrote it off as a similar gun-toting experience.

But this time, I became fully enrapt with Arthur’s battered, leather-bound journal. After finishing a quest, Arthur filled it with his thoughts about the people he met and the feelings he felt, often sketching a face or an item he’d picked up. When identifying an animal, or discovering a location or hidden gem, Arthur would draw it. Sometimes, these drawings were jagged and impressionistic, as though he had sketched it while riding horseback. Other times, they were intricately drawn, with shading carefully coloured in.

In other open-world games, exploration is rewarded with rare items. In RDR2, taking it slow rather than blasting through missions gave me an insight into Arthur’s interior life. In his gang he was the swaggering brawn, not the brains, and yet these drawings revealed a softer side that was patient and perceptive. Suddenly, I felt close to Arthur, in a way that I had not playing myself in games like Fallout and Skyrim. – Claire Osborn-Li

Read Claire’s piece: God, give me a body: How virtual events and museums can be better

My gaming highlight of 2021 is Necromunda: Hired Gun, the budget Warhammer 40,000 shooter that dropped in June.

I binged through Hired Gun over its launch weekend in just a couple of sittings, which is something I hadn’t really done with any game in years. It was a bit janky and featured some truly odd design choices but it realised its specific corner of the WH40k universe with more splendour and flair than I ever thought a game would do.

About a month before Hired Gun’s release I’d started working in a store that sells Warhammer miniatures. I never really thought I’d return to the hobby after 15-ish years away, but Hired Gun, (and a little colleague peer-pressure), successfully got its claws in me and before I knew it I’d started a Genestealer Cults force WHICH I WILL *DEFINITELY* FINISH PAINTING BEFORE I BUY ANY MORE.

Finishing a game design degree and being a recipient of the inaugural Wordplay mentorship were both pretty great 2021 games moments on a personal level too, but unexpectedly falling back into a hobby that I hadn’t even thought much about since my teens has just been so delightfully fun, and Necromunda: Hired Gun was the major catalyst for it. – Jam Walker

Alivia Mantel was also a participant in the inaugural Wordplay program, you can also read her great article: Representation in video games starts offscreen