The Hero’s Journey and Monomyth: Does it work for all games?

The classic idea of the Hero's Journey can be mapped easily to film and literature, but what about interactive games? Well, it isn't as rigid as you think.
Percy Ranson 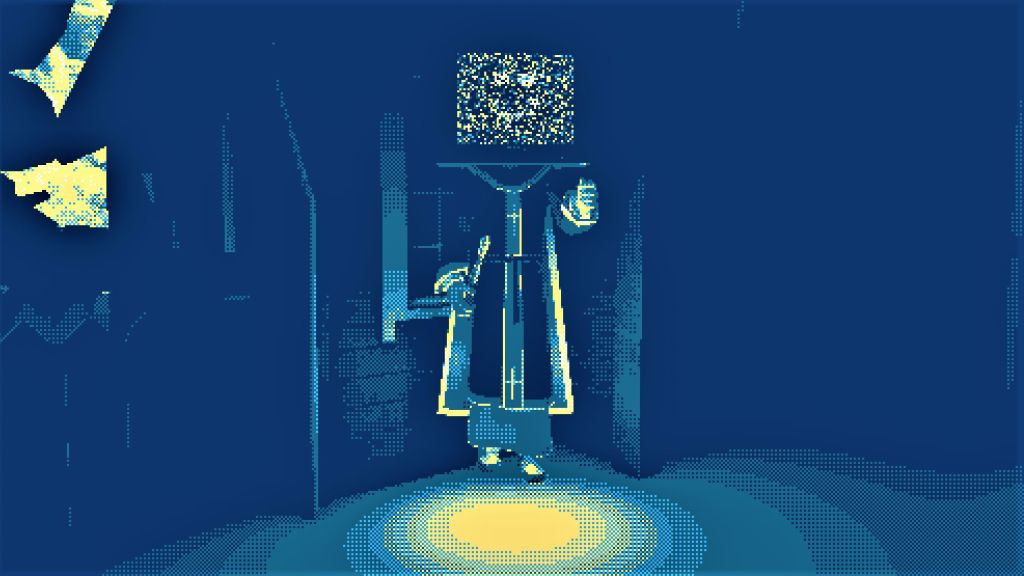 When a cartoonish bat monster called me a ‘qualling beef-witted miscreant’, I felt the knife of shame cut deep, but I pressed forward with the wisdom of my TV-headed mentor echoing in my heart – “My friends love me”. Those bats might have called me a pompous bone box (and perhaps there’s a sliver of truth to that), but their words couldn’t stop me from claiming the elixir I needed in order to… well, the reasons were unclear.

Still, I had been called to adventure and I wouldn’t back down.

If you’re a seasoned veteran of critical literary analysis (or if you read the title), you may have already recognized a famous narrative structure at work. During my time with Monomyth, featured during Parallels: the Freeplay 2021 Showcase, I had been heckled by bats, guided by a TV mentor and I was apparently seeking a nebulous, but undoubtedly magical, elixir. These are all classic stages in the Hero’s Journey, and according to proponents of the theory, they have occurred in every story humanity has told throughout the years.

The Hero’s Journey is often attributed to Joseph Campbell, who instead identified commonalities in numerous myths, folktales and rituals, which led to him conceive the concept of the Monomyth.

The Monomyth became the source of inspiration for Christopher Vogler who, as Moran explained, coined and popularised the Hero’s Journey, a clear 12-stage structure that could be used as a guide for screenwriters, helping them to write and analyse narratives more efficiently within film and television.

Created by Billy Dent, Monomyth is a beat-for-beat recounting of Vogler’s 12-stage model of the Hero’s Journey. To provide a little more context, here are those stages for you:

Film and literature are the most common forms of media to receive critique through the lens of Vogler’s model of the Hero’s Journey. Films like the original Star Wars trilogy, Moana, or even Shrek are a fairly clear beat-for-beat example of the Hero’s Journey, while books like The Hobbit or The Name of The Wind similarly follow the narrative structure.

Video games, on the other hand, are quite a different form of media in comparison to films or literature. They’re interactive, and that presents a whole new set of possibilities and challenges when it comes to following a step-by-step narrative structure. Obviously, some games can follow the Hero’s Journey, but it’s supposed to be the universal myth. So the question I had to ask was…

Can every video game fulfill the Hero’s Journey?

Games like Harvest Moon, Stardew Valley or Animal Crossing present a clear obstacle, as they have little in the way of true plot, and the narrative is largely player-defined. But while Vogler’s 12-stage Hero’s Journey isn’t an obvious fit, we can find the answer in Joseph Campbell’s original model of the Monomyth.

When I asked Moran, she described Campbell’s model as “based around the idea that there’s a goal at the centre of the hero’s journey, and the entire hero’s journey is just trying to get there, whether you succeed or fail.”

Rather than a rigid 12-stage linear model, Campbell’s model is “being defined by what the goal is, rather than defining the Hero’s Journey according to the events that happened.” With this in mind, the interactive nature of video games gives us another way to fulfill the Hero’s Journey.

When we play a non-linear game like Stardew Valley or Animal Crossing, the narrative is player-defined. We may not have an end-state enforced by the game, but most people will play these games with a goal in mind, an objective they wish to complete.

Perhaps you want to complete the Community centre in Stardew Valley, or create an island with only cat villagers in Animal Crossing: New Horizons.

In defining your goal, evaluating the game and how you can work to achieve it, you are undertaking your own form of a Hero’s Journey according to Campbell’s model, even if your goal in playing the game is just to have fun.

So really, every game can fulfil the Hero’s Journey.

This guided me to two realizations. First, Vogler’s 12-stage linear Hero’s Journey is a blessing for video game creators, as it’s a structure designed specifically to create compelling narratives. It has a built-in framework that guides pacing, and it practically guarantees a coherent narrative.

All that Campbell’s model truly requires is a goal, and for the protagonist to take actions driven and defined by that goal. In games, a goal is provided by a developer or the player, and is vital in giving us a reason to play. In life, goals are just as vital, no matter how large or small they are.

So, if you’re designing a new house for yourself in Minecraft, you’re committing to exercising more often, or even if you’re trying not to cry because a cartoon bat in a game said you were nothing like Tifa Lockhart, you’re answering the call to adventure of your very own Hero’s Journey.

…And what does that bat know anyway? You probably punch really good, and look cool in suspenders, and you could join an ecological resistance movement if you really wanted t-.