PC gamers can play almost everything, so we decided to celebrate our favourite PC-first games of 2021.
GamesHub 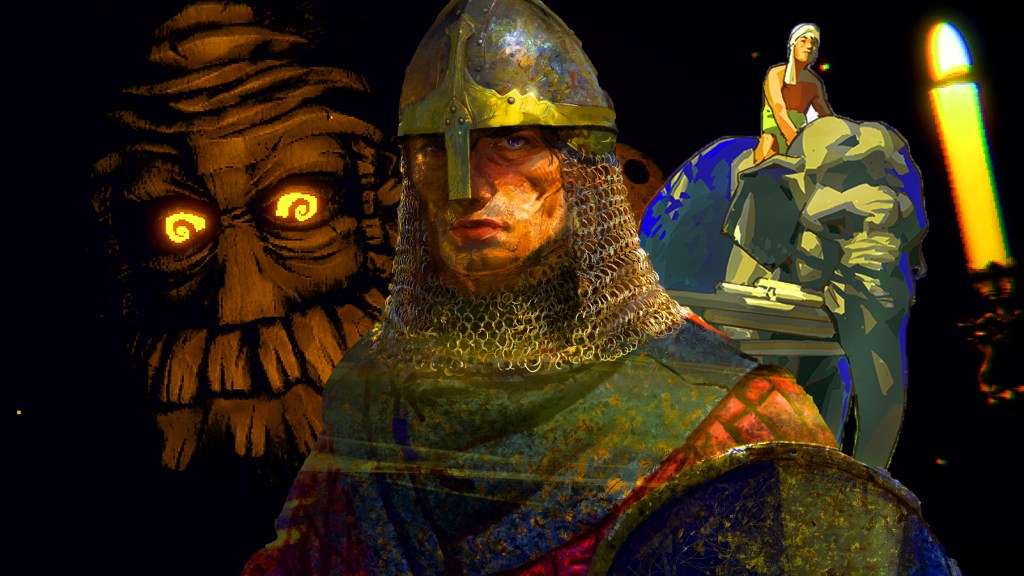 If you have a powerful PC, most of the gaming world is at your fingertips. Almost all of the big console blockbusters come to the PC eventually, but for our list of the Best PC Games of 2021, we decided to skew things towards highlighting the best experiences that you can only get on PC.

Naturally, a couple of blockbuster strategy games make the cut, as does a complex RPG and surreal card-based adventure that liberally makes use of the PC platform in ways that are better left unspoilt. Then, there’s Unpacking. Unpacking is good – you can play it on other platforms, but we loved playing it with a mouse.

There are countless video game RPGs based on either tabletop experiences or specific tabletop properties, but few capture the feeling of organic storytelling as strongly as Wildermyth does.

It adeptly portrays the whimsy of populating a character sheet and thrusting your creation into the wide unknown of a role-playing campaign, with procedural narrative at its core. In between character interactions where your choices have tangible outcomes, combat takes after the beloved XCOM formula, set in lush papercraft worlds. Wildermyth cleverly forges strong connections between you and your characters, which has you caring deeply about the outcomes of every encounter, no matter the scale.

The best part about playing any tabletop RPG is embracing the chaos of unexpected events, something Wildermyth throws at you routinely – like when a Gorgon curse afflicted my most powerful character, which had both story and combat consequences. Such occurrences also contribute to the legend status of your characters, who then appear in a cast of ‘Legacy’ characters, which is a cool way of immortalising your stories. For the dungeon masters out there, Wildermyth supports multiplayer and custom campaigns, adding to its already strong storytelling potential.

Wildermyth‘s take on a genuine tabletop experience is a huge reason why it’s one of the best RPGs I’ve played in some time. – Chris Button

Age of Empires IV seemed unlikely to happen for a very long time, with last franchise entry Age of Empires III releasing way back in 2005. But as many of us know, everything comes back eventually, and Age of Empires is no exception.

You can go through the usual Age of Empire motions: build a grand army and setting forth to conquer all. That’s just as a fun as ever, and supported by refreshed visuals and familiar gameplay.

But this go around, you can also dive into a hearty, historically-based campaign that’ll tell you stories about the Middle Ages. Peppered throughout, you’ll also find excellent narrative videos explaining the history of the world, and how it relates to the modern-day. It’s an excellent example of how a fun game can also be educational, smart and engaging. – Leah Williams

Possibly the game I enjoyed most consistently from start to end in 2021, Unpacking is a masterclass in narrative design. It’s not a game that seeks to challenge you – unless you have very specific ideas about where household items belong – understanding that everyone plays in their own way.

It turns out you can say a lot with very few words by showing someone’s possessions at various stages of their lives. What I loved about Unpacking, even more than the satisfaction of putting things away tidily (what a fantasy!), was how it inherently let you put a bit of yourself into the story. Some objects required specific placement, but others gave you the freedom to show the character’s priorities. Like myself, the character had neglected exercise for a while, so the yoga mat went under the bed, but the video game and Blu-Ray collections were displayed prominently.

Everything, from the gameplay loop of opening boxes and discovering its contents, to the beautiful pixel art, and the lovely small flourishes – be it the satisfying box-disappearance animation or the ridiculously detailed foley – is an absolute joy. – Chris Button

Inscryption is one of the most haunting experiences of 2021. On its face, it looks like a spooky card game structured around repeated playthroughs. Spend a little bit longer with it, and you’ll uncover some kind of macabre escape room situation in there too. Stick with it for longer and dig a little deeper still, and you might find some things that will confuse you, disturb you, and completely turn your expectations upside down.

It’s a game that you instinctively want to urge people to play without knowing anything about it, even if they have no interest in card games whatsoever. The card mechanics introduce things at an approachable pace, remains compelling throughout, and features mechanics that help steer you towards success eventually. That’s all very helpful, because the real drawcard here is the overarching mystery of what the hell Inscryption actually is.

Humankind is a 4X game that builds on the genre in ways that feel extremely needed. Where games like Civilization can feel impersonal and hollow, Humankind sought to expand on how humanity is presented in these games, so that players feel more connected to their home nation, and to the nations that surround them.

By injecting new mechanics like the ability for nations to adopt particular arts, cultures, and technologies, Humankind brought a more personal touch to the genre, a decision which also adds weight to the decision to go to war, or to negotiate with other territories as players attempt to foster a home nation in the least destructive ways possible.

Humankind also made another important leap for the genre by being extremely accessible, and easing all players into its world, regardless of past experiences in the genre. – Leah Williams