Tabletop role-playing games of all kinds, from Dungeons and Dragons to smaller, socially-focussed games, have reached vast new audiences in our most anti-social time.
Jam Walker 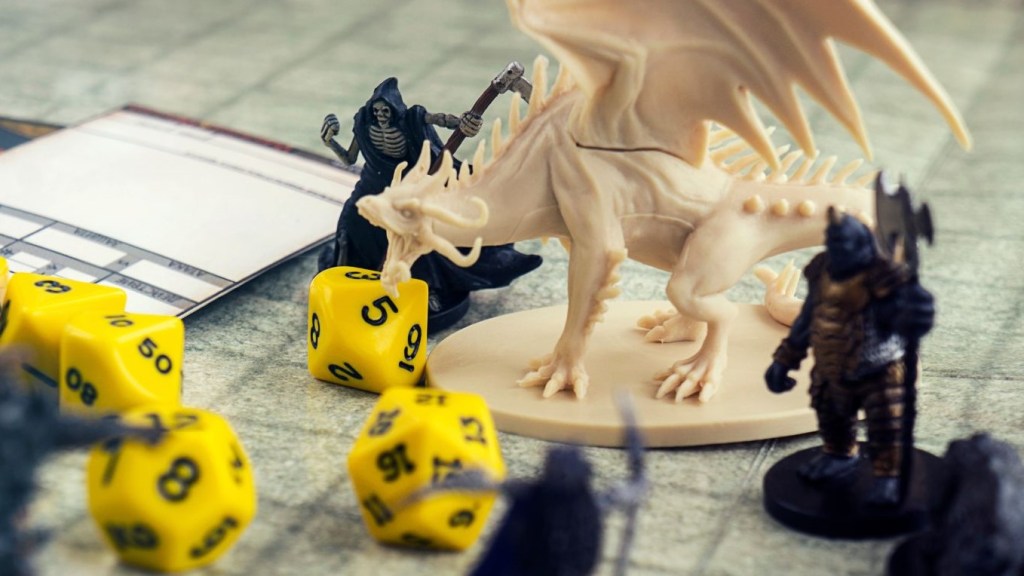 For well over a year now we’ve all been living under social gathering restrictions at best and full lockdowns at worst, thanks to the Covid-19 pandemic. The fact that video game sales have skyrocketed during this time probably won’t be shocking news to anybody. What may come as a surprise though is that tabletop role-playing games (TTRPGs), a medium traditionally played with in-person groups, have also seen an *enormous* boom in popularity over the same period.

During Melbourne International Games Week 2021, John Coleman of the Australian Roleplay Community, (A.R.C.), and independent TTRPG designer Aaron Lim shared their thoughts on the big question: How have tabletop RPGs been able to go so mainstream after decades on the cultural fringe?

‘The paradox of not being able to sit around a table is that tabletop games have grown exponentially, and role-playing games, in particular, have been on an extraordinary growth curve,’ says Coleman. The A.R.C. is arguably at the forefront of Australia’s TTRPG scene, having its foundations in Melbourne’s venerable Arcanacon tabletop gaming convention.

‘There’s a perfect confluence of a lot of things I think,’ Lim says. ‘Once you’re used to doing hangouts on Zoom and Discord, it’s not that far of a jump.’

The mainstream normalisation of online social get-togethers necessitated by the pandemic, along with the huge increase in the number of online ‘virtual tabletop’ solutions such as the Melbourne-made Arkenforge, has removed a lot of the friction that plagued the hobby for decades too. No longer do players have to physically travel to one location with a bag full of books, maps, dice sets, character sheets and miniatures, they can now play out their entire shared adventure virtually.

‘Dungeons & Dragons fifth edition has been a big success for Wizards [of the Coast] and it’s spilled out into the culture in the last six years or so,’ Lim continues. ‘Probably even earlier if you count D&D Next (the public testing prototype) as well.’

‘Big success’ is something of an understatement, with Wizards’ corporate owner Hasbro having announced at an investor event back in February that the subsidiary now reaps more profit annually than their core toy division does. Over the past 18 months, D&D game products have crept their way into not just major Australian entertainment retailers JB Hi-Fi and EB Games, but department stores Kmart and Myer too.

While D&D may rule like the proverbial dragon atop the keep, they’re not the only RPG game system on the rise. The community surrounding the hobby has seen a significant shift in diversity among players and designers beyond its male-dominated roots too.

‘We are seeing a very strong diversity engagement, so a lot of women engaging in our events, which we work very hard to encourage, and a lot of people who are queer-identifying also, and again, we work very hard to engage with that community also,’ Coleman tells me. ‘Coming out of that is games that people are writing and developing out of those audiences that are unlike things we have seen before, which is super exciting.’

Back in February the brand new independent TTRPG Coyote and Crow raised over U.S. one million dollars on crowdfunding platform Kickstarter. The game is set in a science-fiction fantasy world where the North American continent was never colonised, and the team behind it is composed almost entirely of designers from Native American tribes and nations. A few months earlier, queer swashbuckling adventure game Thirsty Sword Lesbians raised fourteen times its Kickstarter goal and is now widely available in print at tabletop RPG stores.

Lim’s own most recent work, An Altogether Different River, is a collaborative storytelling game focusing on the disparity between those who have returned to a town years after having left and those who had remained there all along. The work is deeply reflective of Lim’s experiences migrating back to Malaysia in 2019 after years spent living in Melbourne, and in theme and mechanics, it couldn’t really be further from the anglo-centric swords and sorcery of D&D.

The game tripled its AU $1,800 Kickstarter goal for a limited physical release back in February and was subsequently featured at the Freeplay Parallels showcase and the A.R.C. hosted ‘MIGW at the Table’ at this year’s Melbourne International Games Week.

‘Role-playing games are actually a lot like a meme, right? It works best when it passes from person to person,’ Lim quips with cheerful sincerity. ‘So the use of YouTube and Twitch makes it easier for, “oh, this is how you can play,” and this is how people play, and in a way that is like, packaged up for consumption.’

Though Twitch may be primarily thought of as a live streaming platform where video games reign supreme, a recent dumping of hacked data from the platform revealed that the TTRPG show Critical Role is not only the most-watched channel, it’s also their highest-earning, with an eye-watering U.S. $9,626,712 paid out to the Role team between August 2019 and October 2021.

Coleman too has seen an increase in the number of viewers on A.R.C. live streams since the pandemic began.

‘At Melbourne International Games Week 2020 we were getting 20 or 30, but the week after MIGW, people were coming back and watching our streams and that was jumping up to 100, 130. The stream that we ran from MIGW this year exceeded 1,100.’

‘When we see breakdowns of where people are coming from, we have a bunch of Argentinian fans. They watch everything we do. We don’t know who they are or how they found out about it,” Coleman laughs, ”but there’s like half a dozen of them. They’re our biggest fans.’

If you’ve ever been interested in the tabletop RPG hobby, it has truly never been an easier time to get started than now.

Goblins of Zarth, the next A.R.C. event, presents the perfect entry point for new players with sessions scheduled to run in three-hour blocks across the weekends in November.