The Best Nintendo games of 2021 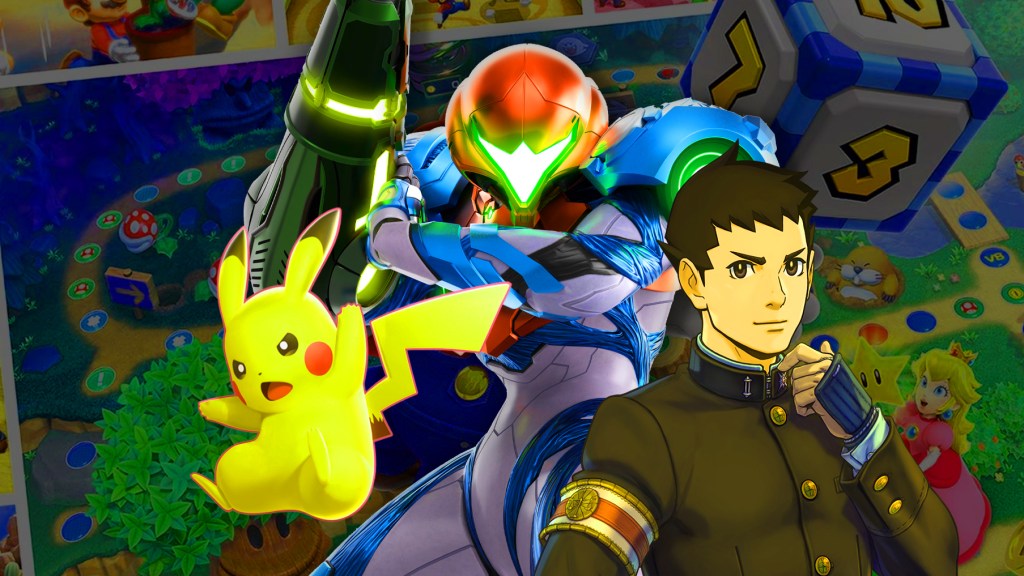 As always seems to be the case, the best Nintendo games of the year always seem to feature a healthy roster of familiar faces. Mario and friends, Samus Aran, and of course, Pokemon have all made the biggest impact when it comes to our best Nintendo games of 2021. But that’s okay! The mascot games this year weren’t devoid of new ideas and refined experiences, with Bowser’s Fury giving us a great look into what Super Mario games have the potential to be in the future. Besides, any year where we get a new Metroid game is a good year.

Mario Party Superstars represents the pinnacle of the Mario Party franchise, bringing together the best classic mini-games from the GameCube and Nintendo 64 era in a sleek, modern package. Where 2018’s Super Mario Party stumbled, this version of the game excels.

With a fantastic selection of mini-games that cover activities like kart racing, mushroom hopping and wall climbing, and the ability to connect players over the internet, it was a highlight of gaming in 2021.

Thankfully, it was also a lot more balanced than Mario Party games of the past, meaning gameplay was frantic but fair, and that each round felt like anybody’s game. In a year when lockdowns kept people apart, Mario Party Superstars was a welcome addition to the multiplayer party game lineup. – Leah Williams

The Great Ace Attorney Chronicles is the best entry in the series since the original Phoenix Wright trilogy. There, I said it.

I’ve been playing the Ace Attorney games for years, and it’s so good to see more of the previously Japanese-only releases receiving the localisation treatment. The Great Ace Attorney Chronicles is two games in one decadently-presented package, and with Nintendo is the spiritual home for the Ace Attorney series, so it’s no surprise the Switch remains the best place to lawyer-’em-up.

Set in the Meiji era during the rise of industrialisation in Great Britain, this is a fish-out-of-water tale as novice defence attorney Ryunosuke Naruhodo takes to the courtroom in a country deeply suspicious of foreigners. Highlighted by its stellar presentation and localised dialogue, The Great Ace Attorney doesn’t gloss over the implicit – and sometimes explicit – racism your wide-eyed protagonist contends with. It makes it all the more satisfying when the judge rules in your favour, while a story about justice and political interference simmers away in the background.

Above all else, the trademark goofiness of the Ace Attorney series is retained through a zany cast of characters, ensuring the tone never gets too dark. More himbo detective adventures with Herlock Sholmes, please. – Chris Button

Super Mario 3D World + Bowser’s Fury could’ve easily been a write-off — it was a port of an older Wii U game, with some promised story additions. But instead of a run-off-the-mill expansion chapter, Nintendo chose to go all-in with Bowser’s Fury by creating a fully-fledged adventure where players could experience a brand new story and explore a mini-open world filled with fresh and interesting challenges.

In many ways, Bowser’s Fury felt inspired by Super Mario Sunshine and Super Mario 64, but in a way that pushed Nintendo’s brand of 3D platforming forward. There were towering, apocalyptic battles against Bowser, challenging Shine tokens to collect, and plenty of secrets to discover. It was huge, ambitious, and an absolute breath of fresh air for the Mario franchise.

A sequel to Bower’s Fury feels like a logical next step for Nintendo. With fluid, frantic gameplay and plenty of inventive  riffs on the classic Mario formula, it was one of the year’s most welcome surprises. – Leah WIlliams

There is a reason why games like Dota 2 and League of Legends are so popular. At its best, the tug-of-war dynamic in multiplayer online battle arena (MOBA) games can bring with it some incredible highs as your team’s characters grow in power and the stakes get higher over the course of a match. The problem is, there’s always been a high barrier to entry in terms of required knowledge, as well as the time commitment for a match.

Enter Pokemon Unite, a very approachable and streamlined MOBA experience for mobile and Switch. Unite sets a hard 10-minute limit on your time per match (with an even quicker 5-minute mode), shaves away many of the extraneous elements, and lets you simply worry about the second-to-second strategy, whether that be jumping into a battle or playing the objective.

It’s not the first MOBA to try and create a beginner-friendly experience, but it is one of the best and most compelling attempts to date – and having the Pokemon license certainly helps its case greatly. But even as an experienced MOBA player, Pokemon Unite is an excellent experience because it’s fast, full of action, and very morish as a result. It’s dangerous.

If you’ve ever wondered about the genre, it’s a fantastic way to dip your toe in – especially as a free-to-play game. – Edmond Tran

Metroid Dread isn’t a dramatic reinvention of the beloved and influential series, but developer MercurySteam presented a masterclass in how to do a 2D platforming and exploration game well, and making sure the Metroid legacy will continue to be respected.

Virtually everything in Metroid Dread feels refined – the sense of movement and speed as you haul Samus through the world is excellent, the combat is responsive and satisfying to do (can’t get enough of that parry system), and the flow of exploration is very well-paced.

Excellent stylistic flourishes give Metroid Dread that extra layer of sheen. Incredibly charismatic animations amplify Samus’ confidence and cool through body language alone. Interactive micro-cutscenes give boss battles a cinematic pizazz that you won’t expect in a 2D game, and make those pivotal action setpieces all the more impressive.

Although some of the ‘survival thriller’ moments of running away from invincible enemies are more annoying than exciting, Metroid Dread is still a killer title that kept its hold on us until every inch of the map was scoured. – Edmond Tran