From great co-op experiences to iconic racing and shooting blockbusters, here are our picks for the best Xbox games of 2021
GamesHub 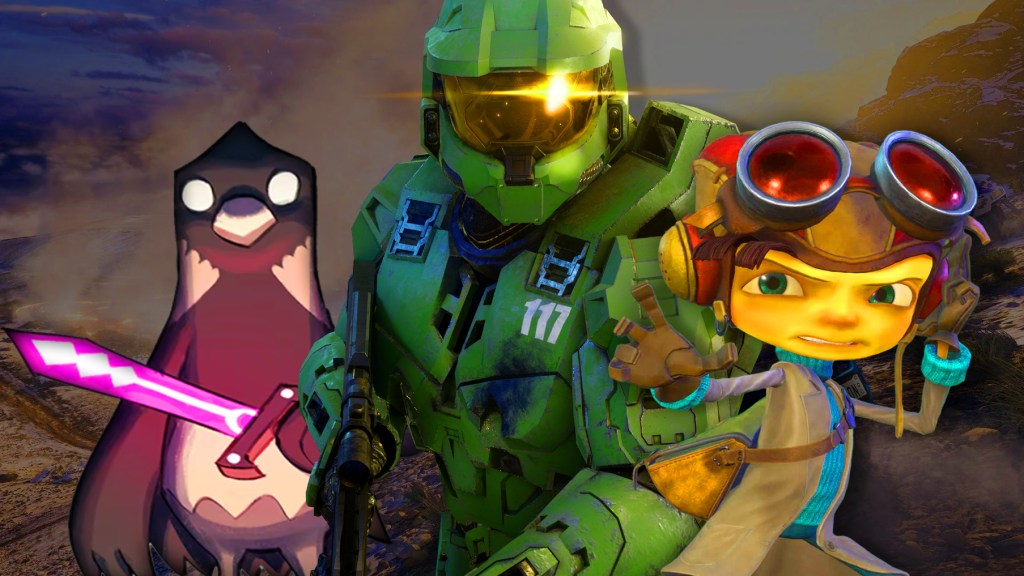 These days, most video games tend to be multiplatform. If there’s a game you’d like to play and you own a PC, Xbox or PlayStation, chances are you can play it on your device of choice. With Xbox starting to make sure that that all their games are playable on both console and PC, the idea of a true console exclusive game is thankfully starting to become a rare occurrence. As such, our unranked list of the Best Xbox Games of 2021 represents the games that we happened to experience through an Xbox, and are strong recommendations for anyone who owns an Xbox console (or PC).

A gorgeous game about a soul-reaping crow wielding a big ol’ sword, Death’s Door takes its Zelda and Studio Ghibli inspirations and weaves a lovely story about mortality and moving on.

So much care and attention to detail has clearly gone into Death’s Door, from the tough and varied enemy encounters, its clever environmental puzzle-solving, through to an enchanting soundtrack laced with themes of hope and melancholy.

While UK developer Acid Nerve’s debut with Titan Souls was somewhat an acquired taste with its one-hit boss formula, Death’s Door is more approachable from the outset. This is largely thanks to light RPG progression elements helping you become stronger over time, in addition to more moments of respite, allowing you to fully appreciate the game’s visual beauty.

That’s not to suggest Death’s Door isn’t challenging: far from it. It implements its own twists on a couple of elements popularised by FromSoftware’s Dark Souls series, with intricate labyrinth level design revealing shortcuts after defeating menacing foes, and ‘DEATH’ greeting you in full-screen emboldened text upon falling in battle. You’ll see it a lot, but damn, it adds to the sweetness of prevailing over Death Door‘s many brutal gauntlets.

More than just a richly layered gameplay experience, Death’s Door is equally as beautiful an experience to simply watch or listen, as it is to play. – Chris Button

From the mind of Josef Fares – known for other specialised co-op experiences Brothers: A Tale of Two Sons and A Way Out – It Takes Two is a brilliant refinement of his previous works.

Designed exclusively for two players either locally or online, It Takes Two simply would not be possible as a single-player experience, so intrinsic is its cooperative soul. You and another person play as toy figurine versions of Cody and May, a married couple whose relationship is on the rocks, but are forced to work together in order to regain their human forms. Early on, the snark and constant criticism between the couple is tough to stomach, leading you to wonder how they got together in the first place – a classic case of ‘the straights are at it again’.

Persist a little, however, and you’re rewarded continually with some of the best level and puzzle designs seen in video games. The way your toy characters wield comparatively massive household objects in an assortment of scenarios is extremely clever and works masterfully as a co-op game. Many of the elements introduced throughout It Takes Two borrow heavily from other games, but with intelligent twists and iterations to make everything feel fresh.

A little ‘ball-and-chain’ sentiment in its story notwithstanding, It Takes Two is a brilliantly designed game, showing the strength of local multiplayer games. Plus it’s currently on Xbox Game Pass, providing the perfect excuse to test your cooperation skills with a loved one. – Chris Button

The hype around the long-awaited Psychonauts 2 inspired me to play the original, available through Xbox’s Backwards Compatibility feature. I was impressed with how well the original Xbox 3D platformer held up, in particular its willingness to address themes of mental health.

Psychonauts 2 is a wonderful sequel that improves on the original in every tangible way. It’s filled with such clever and beautiful level design – my word, the Psi-King level is phenomenal – plus consistently strong wit and humour throughout.

It’s not just a great 3D platformer, either: it’s an empathetic celebration of what makes us unique, treating its characters with such love and care in examinations of their psyches. Positive representation of mental health and illness is deeply important to me, something I’m delighted Psychonauts 2 does incredibly well.

Although I may be a newcomer to Razputin’s psychic shenanigans, I’m now an unabashed fan. Fun gameplay, eye-popping art direction, and a touching story with such lovely characters make Psychonauts 2 my favourite game of 2021. – Chris Button

What a gift Halo Infinite has been at the end of 2021. Despite a poor first showing and what we now know was a tumultuous development cycle, the team at 343 Industries have worked wonders in providing a great single and multiplayer first-person shooter that, for a multitude of reasons, recalls what made the series so beloved in the first place.

Halo Infinite’s campaign is full of combat scenarios and arenas that are simply a joy to dive headfirst into. Adapting to the situation on the fly as you run and slide around environments, juggle a great variety of unique weapons, and swing around with the new grappling hook never gets stale. The semi-open world and its activities are rudimentary, but it’s easy to forgive when the flow of the action is so fantastic.

The same can be said for multiplayer. Exceptionally paced and balanced, it focuses on its fundamentals and smart tactics as players start on even footing and largely compete in objective-based modes that reward good teamwork above all else. Meta-progression be damned, the satisfaction of Halo Infinite comes from every moment when you’re running and gunning. – Edmond Tran

Forza Horizon isn’t ‘just’ another racing game. It’s an exploration game, a blockbuster speed action game. There are a slew of different racing types in it, of course, and the racing is very, very good. But win or lose, Forza Horizon has always seemed to care more about making sure you’re having fun driving the car you want, exploring a beautiful natural world, and having the best time possible.

Forza Horizon 5 continues the exceptional standard of the series, and the new location of Mexico is an exciting, vibrant place to both tear through whether you’re going at 300km/h or 60km/h, through charming towns, dense jungles, and beautiful countryside. Aside from the world and some new extreme weather conditions, not much about the Horizon DNA has changed. But with the bar already so high, it’s wonderful to do it all again and be able to absorb a new part of the world we haven’t seen very often in video games.

And after another year of COVID lockdowns, it’s a fantastic antidote of virtual travel. – Edmond Tran