The Best PlayStation games of 2021

Despite a quieter year, PlayStation enjoyed a slew of great titles, including some standout platform exclusives.
GamesHub 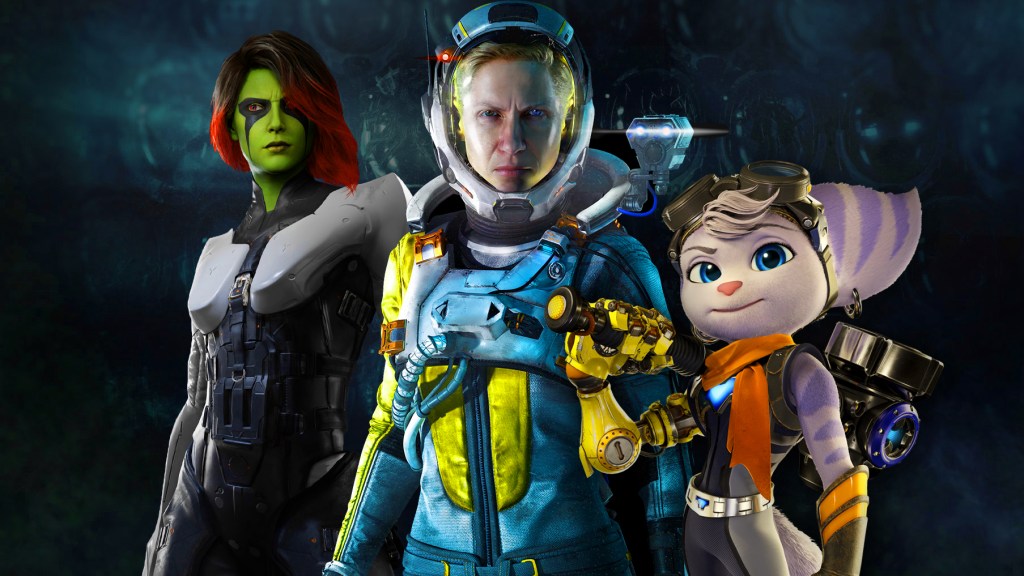 True console exclusives are becoming increasingly rarer, as we remarked in our list of The Best Xbox Games of 2021. But the one place where some still exist, at least for now, is on the PlayStation 5. Sony is obviously proud of its first-party blockbuster games and would prefer you only play them on their flashy new console, but even some of those are beginning to make their way to PC after a small exclusivity window. Regardless, two true PlayStation exclusives and one console exclusive have made their mark on our unranked list of the Best PlayStation games of 2021. If you have a PS5, you should check out these games. If you don’t, well, a little patience never hurt anyone.

Guardians of the Galaxy had everything stacked against it when it launched in 2021, with the shadow of the Marvel Cinematic Universe and the relative failure of Square Enix’s Marvel’s Avengers hanging over it. But despite all odds, Guardians of the Galaxy was a major success, and has escaped every doubter on its path.

With an original and well-written story, a brilliant cast of characters, and fantastic performances all around, Guardians of the Galaxy really is an incredible game and one that shouldn’t be overlooked just because the character designs don’t quite line up with the more-popular film of the same name.

The combat here is fresh, the world is beautiful, and there’s every reason to fall in love with this intimate, space-faring adventure. – Leah Williams

Despite coming out at the very beginning of 2021, Hitman 3 hasn’t left our minds. Ever since the sandbox assassination series reinvented itself in 2016 – focusing on a small number of large, elaborate clockwork levels designed to be played multiple times with increasingly more challenging conditions – each new iteration has felt like the series continuing to go from strength to strength.

The memorable highlights include a stage set on the grounds of an English manor, where, if the conditions are right, you can play the part of detective in an Agatha Christie-style whodunnit murder mystery. Another is an ostentatious Berlin rave held in a repurposed nuclear power facility, where the assassination roles are flipped – you have to avoid, identify, and turn the tables on a number of hitmen hunting you down.

Going into each new stage comes with a feeling of excitement, trepidation, and awe. And, developer IO Interactive has continued to support the game with a good amount of bespoke post-launch challenges that force you to look at these levels in new ways.

Talk to any fan of Dishonored or Prey, and they’ll tell you how brilliant the games of Arkane Studios is. They’ve been dedicated to evolving the genre of the immersive sim, games that focus on building a suite of interconnected world systems that, essentially, allow players to approach any one objective in a multitude of creative ways.

Deathloop is a wonderful refinement of that philosophy. A time-looping world and narrative that asks you to repeat the same objectives and visit the same intricately detailed locations, again and again, encouraging you to discover new methods of accomplishing things each time.

The game puts a focus on making failure a useful and entertaining activity. Did you fumble a stealthy approach? That’s okay. Deathloop encourages you to roll with the punches and makes improvisation and switching between playstyles an exciting activity. Don’t worry if it all goes to hell – you can try again next time, when you’re better equipped with additional knowledge about how the world works. Internalising the world and building mastery over this playground is a satisfying exercise.

It doesn’t hurt that Deathloop’s scenario and aesthetic design is incredible, a stylish take on the 60s that is both grounded and surreal enough to stand out on its own, filled with endearing characters. Smart, stylish, and full of charisma, Deathloop is one of the best games of 2021. – Edmond Tran

Ratchet & Clank: Rift Apart was one of the first big games to show off the power of the PlayStation 5. From its opening moments, it was an absolute stunner. Rockets burst in brilliant shades of pink and green. Ratchet’s fur blew in the breeze, and you could watch every fibre dance. You could see every texture reflected on Clank’s metal body.

But beyond the game’s phenomenal graphics and awe-inspiring worlds, it also featured a heartfelt, well-told story about friendship across galaxies, and the value of sharing your feelings with your peers.

Rift Apart really is an incredible sequel, and one that showcases the power and beauty of the Ratchet & Clank franchise. It might be about creatures wandering through space, but it’s also an excellent story about friendship and ‘human’ connection. – Leah Williams

The silver lining, however, was that Housemarque CEO audaciously claimed ‘ARCADE IS DEAD’ before pivoting the studio’s direction, which would eventually result in Returnal. The sci-fi roguelike still tapped into the Finnish developers’ arcade roots with repeating, thrill-a-minute gameplay, but in service of presenting a larger mysterious story.

Returnal‘s flashy bullet-hell stylings made for a sensory feast that kept me hooked from its opening moments. The only downside at its launch was that where fellow roguelikes such as Hades tantalizingly drip-fed story moments – even during failed and abandoned attempts – Returnal was more attritional in challenging you to earn every fascinating scrap of lore. This has since been remedied somewhat with a post-launch update, allowing you to suspend play during a run, which was not possible in-game at first. Regardless, Returnal‘s brilliant combat, world design, and foreboding atmosphere result in a PS5 exclusive worth salivating over. – Chris Button