Smartphone games can be portable console experiences or something completely unique. Here are our picks for the Best Mobile Games in 2021.
GamesHub 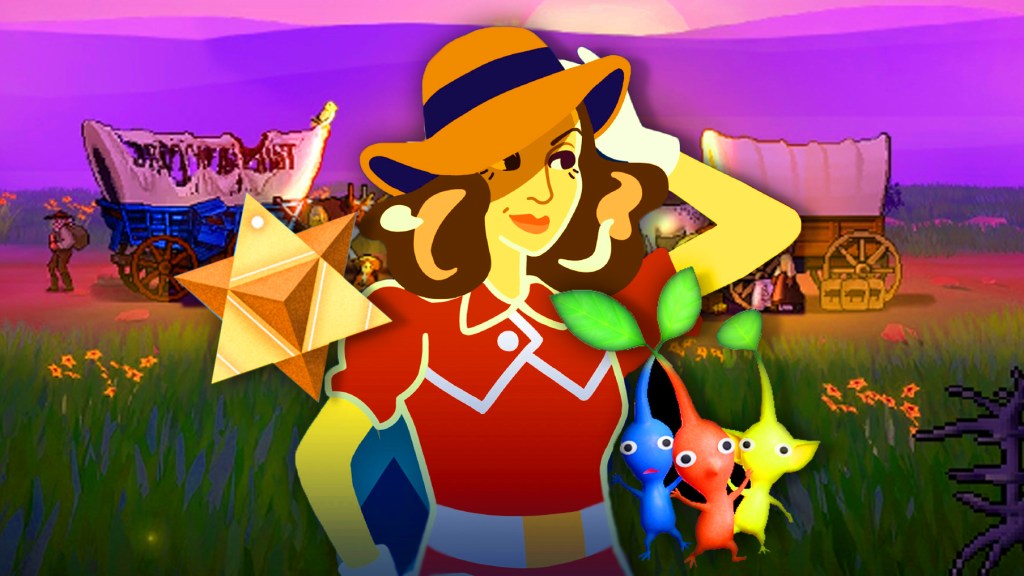 Some of the best video games are the ones you can take with you. Or maybe the ones that take you with them? Games on your smartphone can include like-for-like experiences you can find on PCs and consoles, the best of which are enhanced by their portability and the option for touchscreen controls. But games designed to be simple and satisfying can be compelling enough in their design to keep you coming back to them again and again, or take advantage of the portable nature of your phone to get you to experience the world, which is satisfying in a whole other way. All of the above are represented in our list of the Best Mobile Games of 2021.

Overboard! flips the murder mystery concept on its head, putting you in the role of a starlet trying to get away with the murder of her husband on a cruise liner. It’s a highly replayable choose-your-own-adventure that trims away much of the excess other games occupying the visual novel territory are guilty of.

Each attempt at being a successful criminal rarely lasts for more than 20 minutes, which is used to full effect here: you will not learn everything in one go. Instead, each attempt serves as an opportunity to learn more about what evidence you may have left behind, who the ship’s inhabitants are, and how you can exploit them to escape with your misdeed. To earn your late husband’s insurance money, you have to successfully pin the murder on someone – an undertaking as delightfully devilish as passing store-bought food as your own cooking.

Aside from Overboard!‘s witty, snappy dialogue, the opulent 1930s setting replete with big band tunes adds to the thrill of the conceit. Additionally, several assists streamline the game’s repetition, helping guide you without giving the game away.

At a time where Niantic’s AR mobile game Pokemon Go quickly became a bit too involved for me to keep in my life, Pikmin Bloom was the perfect antidote. It’s nowhere near as complex of a game as Pokemon Go, instead being more of a way to lightly gamify your life – encouraging you to not only get out of the house and walk around, but to actually put your phone away and enjoy the sights and sounds a little more, too.

It’s that low-obligation aspect that’s kept me coming back to it so consistently since its release – all Pikmin Bloom wants you to do is go on walks and fill the world with flowers. It’s a simple, gentle goal you can achieve with a few button presses before putting it away and letting the game do its thing. You’ll continue to make progress even if you forget to boot it up for day, so long as you remember to take your phone with you on walks.

Slow and steady micro objectives along the way, like growing Pikmin with your steps, improving your friendship with them as you interact, discovering new kinds of Pikmin, and sending them away on challenges is enough of a self-perpetuating loop to keep you checking in.

It doesn’t sound like much on paper, but it’s had great success in getting me to drop what I’m doing and go for meaningful, mentally refreshing walks multiple times a day. In a world where a lot of us work from home, it strikes the right balance between incentive and obligation. Like Niantic CEO John Hanke says–the best metaverse platform we’re ever going to get is the one outside our door. – Edmond Tran

The toughest thing about asking me to choose some of the mobile games of 2021 is the fact that most of the games that I play on my phone regularly are the same ones I’ve been playing for years. The best kind of mobile games for my money are the ol’ reliable ones that you can easily dip back into again and again, no matter what your mood, whether you’re waiting in line or collapsing into a blob on the couch – Marvel Puzzle Quest, Threes!, and Hoplite continue to be on a near-daily rotation for me.

But I think I may have found a new one this year, thanks to former Screenhub games writer Jini Maxwell. SNKRX is a curious fusion of Snake and the auto-battler genre, popularised in 2019 by the likes of Dota Auto Chess, in a single-player roguelike format.

Like auto-chess, much of the game is based around managing a roster of different class archetypes, who chain together to form the ‘snake’ as you dive into a series of increasingly difficult stages. Recruiting a particular class will inform how they’ll automatically attack things on the field as you dodge and weave the abstract enemies and their projectiles. Some might shoot backwards, sideways, cast an area of effect spell further afield, or maybe generate healing orbs for you.

The fusion of two wildly compulsive game genres didn’t quite sink its hooks into me immediately – there’s definitely a bit of a learning curve involved – but once you internalise the systems it’s easy to keep going back for more and more rounds. The buying and selling of different classes between rounds to find the perfect synergy always makes for a fun bit of decision making, the minimalist but high-impact visual style and crunchy audio design is hard to pass up. It’s on PC too, but the mobile version is perfect for those small pockets of time where you just want the thrill that comes with overstimulating your mind with a good video game. – Edmond Tran

The Oregon Trail remake was one of 2021’s most surprising titles, because for a long time it felt like the original game was too dated in many ways to be enjoyable in the modern era. But Australian developers at Gameloft in Brisbane did a fantastic job reinvigorating this title for a modern audience by, among other things, shifting the narrative to include Native American characters.

The mechanics of the game remain the same — it’s a strategy-heavy management game, and players still have to hold for survival through a harsh trail filled with dangers — but the development’s consultation with Native American academics and historians means the journey is far more respectful and historically accurate.

A fresh lick of paint with stylish nods to its vintage computer origins also means The Oregon Trail is now more engaging than it’s been for decades. You’ll still have to spend your time contending with cholera and dysentery, but the choices and puzzles you face are more dynamic, interesting and impactful this go around. – Leah Williams

Sp!ng is one of Apple Arcade’s strongest original titles. It’s perfectly suited to mobile platforms, looks great, and epitomises the game philosophy of easy to pick up but difficult to master.

Only requiring one touch input to control, Sp!ng sees you guide a star-like object between each level’s start and endpoint, trapezing along carefully-placed swings and using momentum to gather collectibles and dodge hazards. There’s beauty in its simplicity; even when levels become harder, it’s just a matter of mastering your timing through repetition.

One of Sp!ng‘s unlockable customisation options features First Nations artwork from Gamilaroi woman Shaneiva Chatfield, which is a nice touch and hopefully is part of a wider movement to include First Nations art in Australian video games.

Even though collecting all of the objects in a level is challenging, Sp!ng remains a relaxed experience throughout, driven by its pretty visuals and chill beats to swing to. – Chris Button