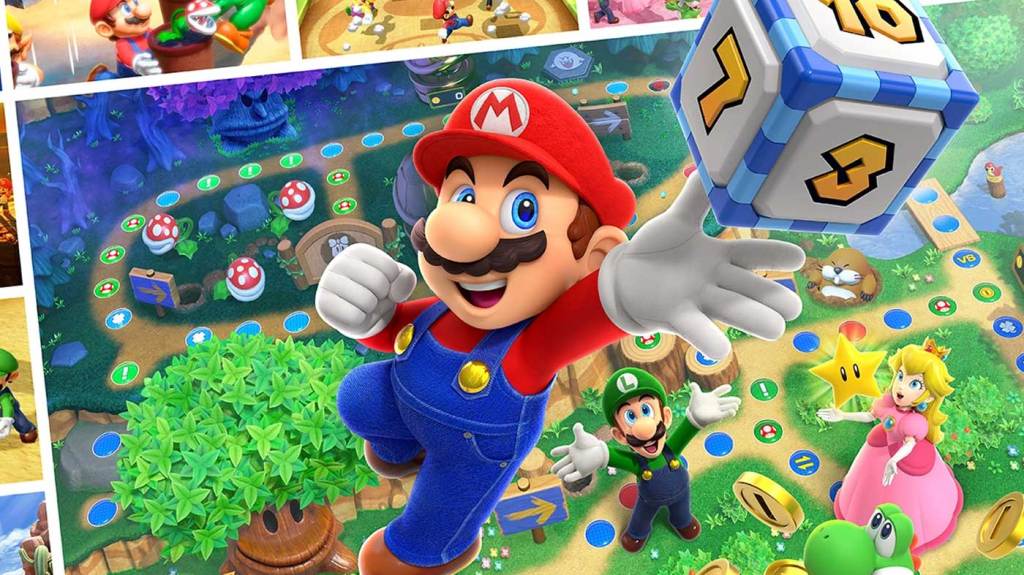 Picture this, if you will: You’re neck-deep in a game of Mario Party Superstars. You’ve got one star under your belt, and there’s a single round to go. You’re three spaces away from claiming your second star from Toadette, and you’re going to win. You can feel it in your bones. Then, another player rolls a four. They activate a Bowser special event, and he kicks Toadette and her star halfway across the map.

Somebody else rolls a five, and claims Toadette’s star. You lose. Badly. Then some bonus stars come into play at the end of the game, and suddenly you’re in fourth place. Dead last.

Mario Party Superstars is a mean, mean game — all this happened to me in a single round. But while it’s easy to feel frustrated by the game’s meanness, it’s also what makes it so fun.

So many times I was close to victory, and so many times the game pulled the rug out from under me.

When you’re on the winning side of the equation, travelling through the game’s many boards is an absolute blast. You can spend whole rounds getting lucky dice rolls and landing on squares that give excellent boons.

On one turn, I managed to nab a special warp pipe that would take me directly to Toadette’s star. On another turn, I landed on a Bowser space, and he ended up stealing and dividing all my coins between the other players.

These are the rampant highs and lows of Mario Party Superstars, which can throw for you for a loop or hand-deliver you victory. It’s not always fair, but it is a very fair representation of what it’s like playing board games in real life.

If you’ve played classic GameCube and Nintendo 64 Mario Party titles, you’ll be familiar with how the game works, and how vicious rounds can be. As someone who didn’t grow up with the original Mario Party titles, I was baffled and amused by how much the game left to chance.

The last instalment on Nintendo Switch, Super Mario Party, never felt overly aggressively or unfair. The boards were milquetoast in comparison to Mario Party Superstars, which has surprises around every corner. There are plenty more event spaces here, Bowser and his ruinous nature is far more involved, and it’s very easy to make a wrong move regardless of what number you roll.

It all depends on chance, with a minor dose of player decision-making.

The moment I felt comfortable in my first place position was the moment everything started to go wrong. But while it was a surprise to see victory dancing from my grasp, it also meant every game was competitive.

Even on easy CPU mode, each board was a challenge. It meant even if I was able to nab a star, victory wasn’t guaranteed. I needed to actually try in every mini-game, and hoard coins like a dragon to give myself some padding as other players advanced.

Each board was more difficult than the last, and I particularly struggled with higher difficulty boards like Horror Land, which features gimmicks like thieving ghosts, teleporting eyes and locked gates to stop players from coasting to victory.

Including this board from Mario Party 2 was a fantastic decision.

It really is a difficult board to travel through, and each trick spot adds the layer of surprise that was missing from Super Mario Party. As players romp through the board, there’s decisions to make: Do you waste keys to open a shortcut? Rely on the teleporting eye to bring you to the right place? Steal coins from other players, knowing they’ll hate you for it?

These decisions make the entire game far more stressful, but also more interesting because you can’t just breeze through. You have to earn your victory first.

Still, the fun is in the chase — and Mario Party Superstars shines with a great range of mini-games that represent a franchise-best lineup.

Every few rounds, players will be pitted against each other in a battle to earn coins from one of 100 randomised mini-games. What’s involved ranges from drawing to fruit-collecting, racing, jungle-swinging, cube-rolling, and palm-burning classics like ‘Tug o’ War’.

There really aren’t any outright duds amongst them — but there are plenty of stand-out favourites. The river rapids mini-game provides plenty of laughs as three players attempt to drive one player into logs and debris. The drawing mini-game where players work together to encircle Toads is another gem.

I didn’t grow up with a GameCube or a Nintendo 64, but even without the nostalgia to sweeten the deal, I had a great time diving into these mini-games. No two games are the same, but they all produce the same result: cheering and swearing in equal measure.

If you’ve played a Mario Party before, you know what you’re getting here: board gaming segments, with some mini-games to break up individual moves. There’s no overarching story here, no important collectibles to find and no real ‘purpose’ behind the game.

Over the last decade, Nintendo has tweaked the Mario Party formula to perfection, and this is the result of that effort. While 2018’s Super Mario Party attempted something similar, it’s clear that a return to basics is what the Mario Party franchise needed.

With a great collection of classic mini-games and a surprising level of challenge, even for experienced players, there’s plenty to love about Mario Party Superstars. While it can be unfair at times, the randomness of the game keeps emotions high, spicing it up for everyone and making each new game fresh.

A copy of Mario Party Superstars for Nintendo Switch was provided and played for the purposes of this review.