The Great Ace Attorney Chronicles is the most narratively and thematically consistent entry to date for the legal drama series.
Chris Button 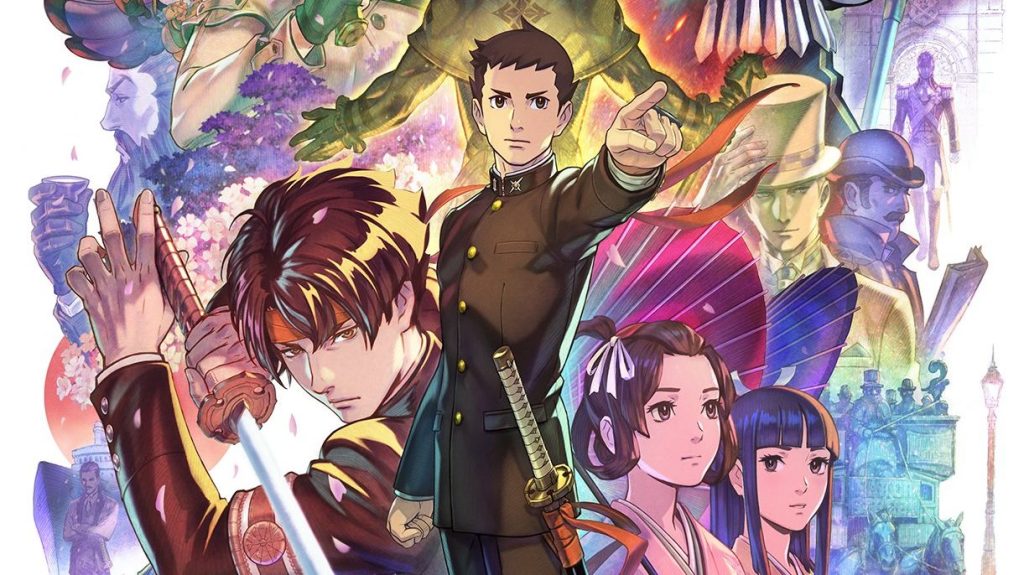 Admirers of the larger-than-life legal drama series, Ace Attorney, have long awaited an official English translation of The Great Ace Attorney duology (Adventures and Resolve), a period piece previously only available in Japan. Now meticulously presented together for Western audiences in The Great Ace Attorney Chronicles, it’s narratively and thematically the most consistent entry in the series’ 20-year history. Filled with a wonderfully eclectic cast of characters while intelligently exploring pertinent matters of race and justice, it’s a gripping visual novel adventure.

Set across a fictionalised version of 19th century Japan and Great Britain during the Meiji era, The Great Ace Attorney Chronicles places you in the role of accidental defence lawyer Ryunosuke Naruhodo–ancestor of long-running series protagonist Phoenix Wright – aided by judicial assistant Susato Mikotoba, seeking to defend clients in court and uncover a grand conspiracy simmering in the background. The pair collaborate frequently with Herlock Sholmes – a thinly veiled characterisation of the famous Baker Street detective – whose enigmatic portrayal as an absolute himbo of a private investigator with mad scientist tendencies makes for frequent moments of hilarity among the sometimes macabre events.

Each case you take on is divided into separate episodes where you cross-examine witness testimony and deconstruct arguments by selecting from a range of responses and available evidence. On paper, the Ace Attorney formula seems like a dull form of videogame with limited interactivity and influence, but this couldn’t be further from the truth Ryunosuke fights tooth and nail to uphold. Your brain gets a good workout analysing clues and presenting evidence in the courtroom or out in the field in order to progress the story. And, as with other games in the series, every crime and subsequent investigation increases in complexity, adding a wealth of dramatic tension to the story. Don’t expect to encounter realistic legal proceedings here, as typical courtroom protocol is thrown out the window, especially with surprise evidence revealed deep into each trial, along with outlandish implications at each turn.

The Great Ace Attorney Chronicles’ vivid presentation forms a significant part of what keeps each endlessly twisting investigation so engrossing. Maintaining the style of its original iteration on the Nintendo 3DS, characters are rendered in 3D against beautifully illustrated 2D backgrounds, replete with delightful animations that accentuate their varied, quirky personalities. Ace Attorney games are also known for their catchy soundtracks, an area The Great Ace Attorney Chronicles continues to excel in with period-appropriate orchestrations replacing the signature electronic arrangements, which help guide the narrative tension accordingly.

But no aspect of The Great Ace Attorney Chronicles is worthy of more praise than its stellar writing and localisation. This is by far the most authentic entry in the Ace Attorney series in terms of its portrayal of characters and their cultural differences. Previous games in the series suffered from an inconsistent cultural mishmash, set in a bastardised hybrid of America and Japan and westernising Japanese references despite obvious, Asian-presenting characters. None of this discord is present in The Great Ace Attorney Chronicles, with Japanese characters portrayed believably, and cultural misunderstandings and differences serving as a major part of the ongoing narrative. Plenty of witty verbal jousting and entertaining one-liners make the game’s script an effortlessly entertaining read, with some key moments sure to become iconic in their own right.

Further to The Great Ace Attorney Chronicles’ brilliant writing, is its exploration of themes harrowingly relevant to today, despite the historical time period. A recurring topic is that of racial biases and prejudices, which makes for justifiably uncomfortable moments on occasion. Many of the British characters treat Ryunosuke and Susato with outright disdain, making sweeping generalisations about your protagonist’s culture and trustworthiness. Ever earnest in his desire to uncover the truth regardless of the physical and cultural obstacles in his way, Ryunosuke is an underdog you can’t help but cheer for at every turn. The Great Ace Attorney Chronicles also deftly weaves in a plot about political machinations and their implications on delivering justice. Continuing the Ace Attorney series’ continued examination of equity, the latest entry smartly muses on what justice truly means within a legal system seemingly built on injustices.

As with each new Ace Attorney title, The Great Ace Attorney Chronicles introduces a few unique mechanics. New is the court-based Summation Examination, where you attempt to sway the opinion of a six-strong jury in much the same way the game’s regular cross-examination sequences take place. There’s also the Herlock Sholmes-led Dance of Deduction – interactive set-pieces during investigation segments that require you to examine a 3D space to assist with the detective’s observations. Both inclusions are effective in varying the pace of proceedings, but ultimately follow the same Ace Attorney gameplay formula dressed in different clothing.

The Great Ace Attorney Chronicles also continues to suffer from the series’ recurring issues regarding hyper-specific logic. When faced with a question in court or while investigating, there is usually only one correct answer, as the game follows a linear story it cannot deviate from. Most of the time, it is clear what piece of evidence or response you must provide in order to continue, or how it could be resolved with further evidence examination. But there still remain occasions in which a solution requires a completely abstract response, or when a piece of clearly related evidence can only be presented after a certain sequence of questioning takes place, and that is frustrating.

For those that get completely stuck, The Great Ace Attorney Chronicles offers an auto-play mode that can be activated and deactivated at will, but it’s hardly a satisfying solution if you’re a stubborn problem-solver. It also highlights the game’s redundant penalty system – you get punished for incorrect responses, and there is a game over state, but since you can immediately retry from the point at which you failed, the stakes are low. The Great Ace Attorney Chronicles – like every other game in the series – creates tension through its strong storytelling and incredibly likable characters, so the inclusion of the arbitrary fail-state continues to feel unnecessary.

But these outdated design elements are mitigated by the sheer strength of The Great Ace Attorney Chronicles’ storytelling, which continually foreshadows and delivers gratifying revelations at regular intervals. Its tale filled with mysteries and misdirection grows exponentially, with each episode building upon the last to create the most narratively cohesive experience of the series to date. With a strong cast of multilayered characters, thrilling mysteries to solve, and an ever-twisting, thematically engaging story, The Great Ace Attorney Chronicles is a high point for the series and a wonderful visual novel in its own right.

The Nintendo Switch version of The Great Ace Attorney Chronicles was provided and played for the purposes of this review.