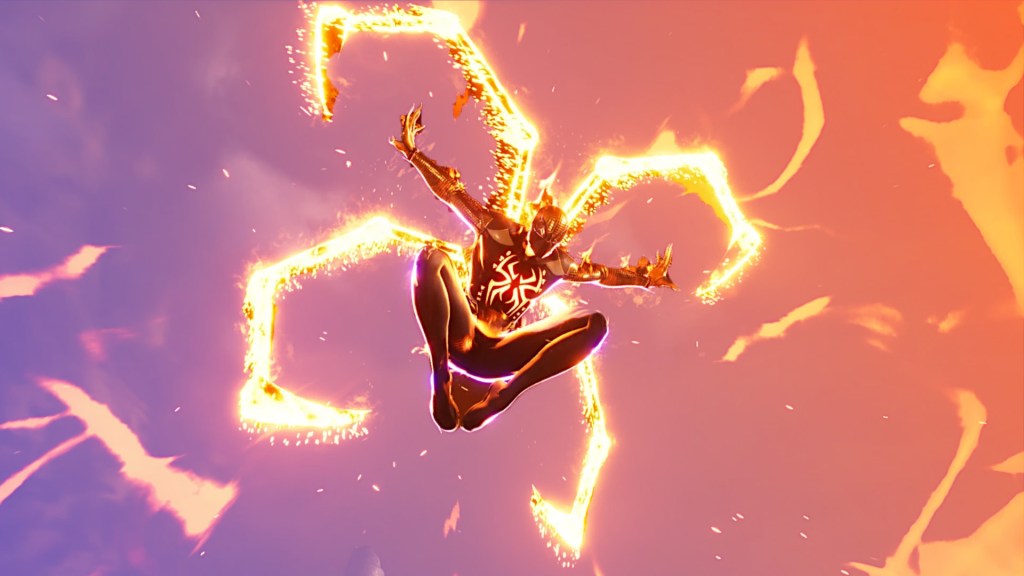 To my memory, this has been my favourite year of video game releases. That’s a result of multiple factors – the sheer number of launches, the vast array of genres present, and most importantly – my personal taste. I’ve loved a lot of games this year, and for the first time ever handed out multiple five-star scores for reviews. The best games of 2022 weren’t just good, they were great, and they each left an impression in their own way.

That’s not to mention the many wild adventures through Paldea in Pokemon Scarlet + Violet, Hisui in Pokemon Legends: Arceus, Gotham in Gotham Knights, the Wonderlands in Tiny Tina’s Wonderlands, the Forbidden West in Horizon Forbidden West, and so many more gorgeous, dazzling locales. I know I’ll look on 2022 fondly for many years to come – and remember all the grand journeys it sent me on.

While it’s hard to narrow down a list of my favourite games of the year without missing out on a few favourites, it’s a task I’m determined to tackle. Limiting my vast 2022 experiences to just my Top 10 Games of 2022, here’s everything on my list of favourites for the year.

Tiny Tina’s Wonderlands spun out of the best story in Borderlands lore – the fantasy-themed Tiny Tina’s Assault on Dragon Keep – and like its predecessor, it’s totally stunning. In this adventure, you work through a meta Dungeons & Dragons-like story campaign Tiny Tina has crafted for two of her closest friends.

This setup creates the space for plenty of wild exploration, genuinely biting humour and colourful antics along the way, as you traverse through beanstalk towns, magical forests, and goblin-infested dungeons. Wonderlands is an absolute delight, and shows off a pure creativity with every new world and high-flying tale, making it one of the best games of 2022.

Everyone experiences games differently – and personally, I loved Gotham Knights. The banter between the entire Batfamily was the first hook that drew me in, but as the game unfolded, it revealed new and more ambitious secrets. It also revealed a whopping load of impressive boss fights – including a notable early battle against Mr. Freeze, which requires some quick thinking and fast feet.

But it’s not just the boss fights that stood out for me – it was also the stealth and combat missions, which feel largely inspired by the beloved Arkham franchise. It hit similar notes in my books, and I had a fantastic time romping through each quest, taking down baddies and perfecting Red Hood’s unique flavour of gun-fu.

Wylde Flowers provided me with an important escape in 2022 – into a gorgeous and idyllic world ruled by interpersonal relationships, and just a sprinkle of magic. In this hybrid farm simulator-adventure story, you play as Tara, a young witch who comes into her own as the secrets of her family coven slowly begin to breach the ‘real world’ of Fairhaven. As rumours of a strange cult build in the town, it’s up to Tara to repair town relationships, and guide each member of her coven.

Unlike other games in the life/farm simulator genre, Wylde Flowers focusses largely on story, with an impressive voice cast bringing its tale of prejudice and love to life. It makes a major difference. While I often struggle with farm simulators that lack a sense of purpose, having a daily narrative and friendly faces roaming Fairhaven meant I was able to wrap myself in this wholesome, cosy world and really get to know everyone. In 2022, this game was the warm blanket I needed.

Two Point Campus tickled the part of my brain that loves organisation and management, with its dose of good humour, fun activities and late-game challenge helping to keep the action ticking with aplomb. In Two Point Campus, the sequel to the frankly excellent Two Point Hospital, you’re tasked with keeping several university campuses alive – financially and culturally – with each featuring fun themed classes and students.

You can run a magic college, and attempt to keep strange curses at bay. You can teach medieval knights how to joust. With the game’s hearty Space Academy DLC, you can also control alien hordes, and teach new sci-fi classes inspired by Star Trek. There’s an eclectic mix of challenges in this game, each harder and more satisfying than the last. If you’re looking for a game with a grounded but slapstick sense of entertainment, Two Point Campus should certainly make your list, as one of the best games of 2022.

Pokemon Violet was a real revelation. It took the classic Pokemon formula – catch Pokemon, conquer gyms, face your rivals – and flipped it around, giving players the freedom to make their own decisions and pursue quests at their own pace. When it makes sense for type match-ups, you can use this freedom to tackle harder gyms. You can also increase the challenge level by pursuing tougher regions earlier. See a weird shine in the distance? Go for it; the world is your oyster.

For years now, the Pokemon franchise has felt in need of a refresh. Pokemon Violet (and its companion title, Scarlet) provided that in spades. While the game did suffer from minor performance issues, including gameplay slowdown and visual glitches, these paled in light of a meaningful and self-guided story, a bright cast of characters, and a real sense of freedom in exploration.

Just inching ahead of its successor, Pokemon Legends Arceus wound up being my favourite Pokemon game of the year, thanks to its many clever innovations, gorgeous world, and its gameplay breaking away from the traditions of the Pokemon franchise. By removing the typical guiding mechanics of gyms, and encouraging players to spend time ‘researching’ Pokemon in the field, Arceus majorly innovates on a series that had started to grow stale.

With new catching mechanics, rewards for deep-diving into the lives of individual Pokemon, and an intriguing tale of time travel, Arceus made a grand impression on me this year. More Pokemon games like this, please.

Cult of the Lamb, from Melbourne studio Massive Monster, won my heart in 2022. Really, it’s everything you could want in a game – a nifty dungeon crawler with fun rogue-like mechanics and an array of collectibles, and a life management simulator where you must prevent a flock of adorable animals from eating their own poo. There’s a delicate balance to be struck here; you need to spend time rearing your flock and cultivating their faith, while also working to take down the eldritch gods that lay claim to your undead soul.

Despite the oddness of this struggle, Cult of the Lamb manages to maintain both halves of its identity. With a solid flow and devotion to dungeons and dung, you’ll soon find yourself carving chunks off the elder gods, and finding freedom amongst blossoming roses. Eventually, your flock will also learn what a toilet is – and that’s truly what makes it one of the best games of 2022.

Read: Cult of the Lamb review – The flower of the flock

Horizon Forbidden West might be one of the most beautiful games I’ve ever played. It’s not just in the bright green foliage, or the sweeping river surrounds – it’s in the eyes of every character; the way their skin crinkles as they talk, and how you can see every sweat bead pour across their face. But Forbidden West isn’t just the sum of its phenomenal graphics – it’s also a sweeping and epic tale that takes you from odd, cloistered villages all the way to futuristic, neon-infused desert plains.

With more diverse locales than its predecessor, and a transportive story of survival in the post-apocalypse, this title from Guerrilla Games is an incredible experience that sticks with you. For months after playing through this journey, it was all I could think about.

Mario + Rabbids Sparks of Hope, sequel to Kingdom Battle, continues the wacky weirdness of its predecessor in a brand new fashion, with this adventure focussing on more diverse locales, fun villains, and a refreshed combat system ripe for clever plays. Each world in the adventure presents a new surprise – whether that be via dense jungles and colourful, magical realms, or the delightfully personable NPC companions you meet along the way.

Every part of this game sparkles with real joy. It’s tight, well-designed, and comes to a pitch-perfect conclusion that balances dangerous and complex battles with a dazzling sense of delight.

Not every game I played and enjoyed in 2022 ended up making the list of my favourite games of the year, but there’s plenty still worth mentioning. It was a great year for Kirby, for example, with both Kirby and the Forgotten Land and Kirby’s Dream Buffet being wildly enjoyable romps.

Lego Star Wars: The Skywalker Saga also charmed me this year, with its funny gags being genuinely laugh-out loud. For more chill vibes, OlliOlli World was equally charming. And for wild, weird and wonderful gags, Goat Simulator 3 was unmatched.

I’d also like to shout out Divinity: Original Sin 2 – it didn’t launch in 2022, but I played it for the first time this year and absolutely loved every inch of it. It’s a fantastic, emotional RPG that had me crying through the end credits. I strongly recommend it.

And now, please initiate a drumroll for my personal Game of the Year 2022…

Marvel’s Midnight Suns arrived late in 2022 with bold flair – including an incredible relationship system, snappy card-based combat, and an epic story worthy of being told on a mainstream stage. At times, it’s fairly goofy – like when you’re hanging out with Blade by the poolside, lounging in your swimmers – but these moments all add up to something genuinely marvellous: a rip-roaring, hellish adventure that’s as packed with demons as it is heart and humour. Every character in this tale feels real, in a way that made me long to remain in the game’s world just a bit longer.

With each twist, the story hooked me in further – causing total devastation in some story beats, and a welcome sense of relief in others. As heroes fall to darkness, you feel their slow descent. Likewise, you feel it as the light rises. As each hour of this adventure passed, I felt more and more like it was made just for me – the character choices, the slice of 1990s comics lore, and the wonderfully cheesy ‘Friendship’ date.

Marvel’s Midnight Suns is an incredible experience, one of the best games of 2022, and my personal Game of the Year.