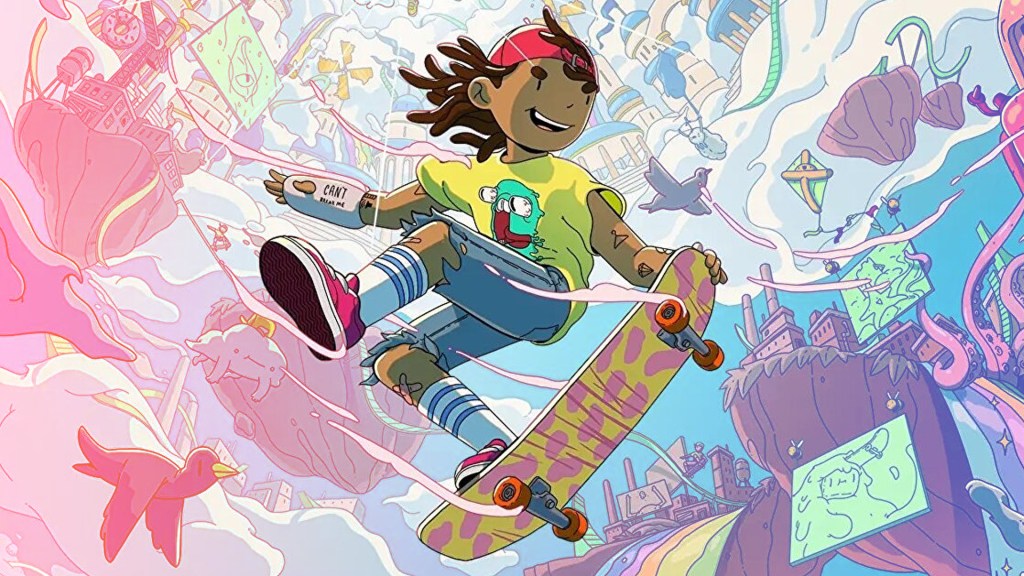 As part of GamesHub’s Game of the Year festivities, we invited several individuals from the games industry to share what their favourite games of 2022 were. Games industry veteran Kelsey Gamble joins us for this edition.

Kelsey is currently the publishing producer at Australian studio League of Geeks (Armello), which this year finally unveiled two big new projects: a reimagining of cult classic strategy game Solium Infernum, and a 1970s sci-fi anime inspired roguelike, Jumplight Odyssey. She previously worked in communications and community roles at publisher Bethesda, as well as and several other companies around the industry.

What’s not to like? Skateboards, beautiful art, cool tricks. I like to load up this game when I need a challenge completely different to what my brain is used to handling.

I’m typically the kind of person that gets frustrated in a game where you need to land specific tricks at a specific time but for me, OlliOlli World’s design strikes that beautiful balance between a challenge and a punish.

It helps that the entire time you’re bopping out to the great soundtrack.

This counts because it was released on PlayStation this year, right, Ed? I’m putting it in anyway. What are you gonna do, edit me? Wait, I assume that’s exactly what you’re going to do. Hmm. (Actually I think I’m just going to leave all of this here – Ed.)

Ok. Well if this makes the cut and you haven’t yet played The Artful Escape, I don’t know what to tell you. This game made me remember that I love video games.

Read: The Artful Escape Review – A sight and sound to behold

I was a little skeptical when I first picked it up, thinking that it could lean too hard into one style of game at cost to the other, but it’s got a surprising amount of depth.

Haggling with customers and brewing potions is more fun than I ever realised, and I got hooked on it quickly. Maybe I’m destined to go be a witch in the woods instead of a game developer.

Kirby and the Forgotten Land

This game came out at a time when I was feeling a bit of disillusionment about games in general, and my place in the industry as a whole. When I say Kirby healed me, it’s not an exaggeration.

It’s not often you package up unbridled joy the way they’ve managed to do here – I played with my 8-year-old and we were both squealing with delight.

Turning into a waddling traffic cone by inhaling it wasn’t on my list of Things That Bring Me Joy for this year but at this point, I’ll take what I can get.