Kirby and the Forgotten Land is a breezy platforming adventure that's perfect for tuning out the real world.
Leah J. Williams 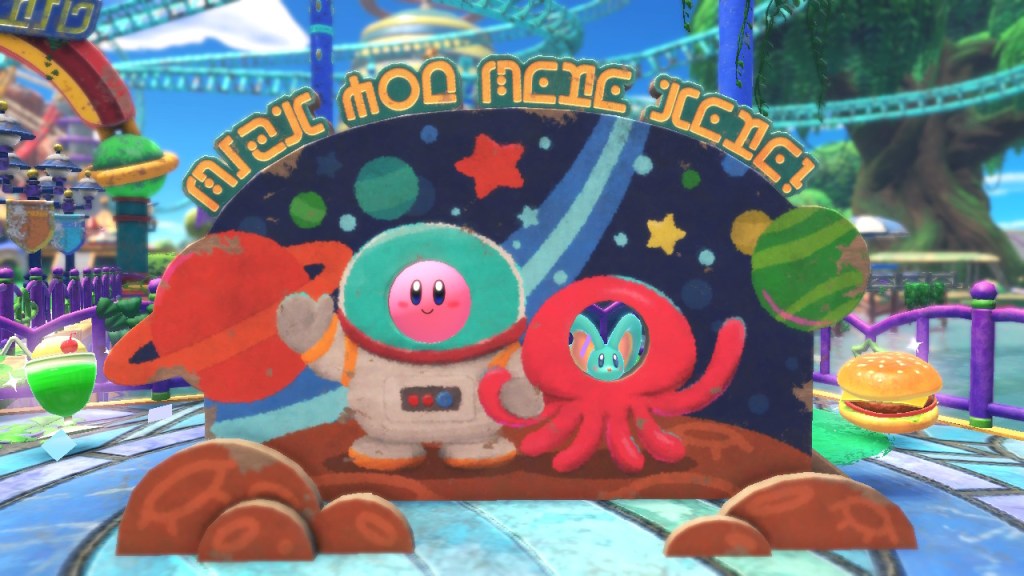 Kirby and the Forgotten Land feels like a very familiar game. The charm and colour in its bright world leans heavily into the design of Nintendo classics, bringing to mind titles like Super Mario 3D World and Super Mario Odyssey. But despite leaning on a tried-and-true technique, it shines as a delightful, well-designed first foray into the world of 3D platformers for the Kirby franchise.

That Kirby had yet to receive a 3D platformer until 2022 is an odd thing. The pink blob’s ability to copy the abilities of his enemies, and his candy-coloured worlds, have always felt perfect for the genre – and it appears that developer HAL Laboratory agrees. In a recent interview, the team discussed how the Kirby franchise has evolved over the decades, and admitted that a 3D platformer had long been worked on, though numerous challenges standing in the way of progress.

With Kirby and the Forgotten Land gestating as a unfulfilled idea for quite some time, it’s no wonder the game feels so well put-together and polished – it’s had decades in the proverbial think tank. The time and thought given to the idea mean that Kirby’s abilities and world are perfectly translated to Forgotten Land.

Each of the game’s many stages are is bright, colourful, and filled with secrets, making Kirby‘s classic gameplay far more dynamic and encouraging than in previous entries. While Kirby and the Forgotten Land still remains fairly linear in structure, there’s now more reason to explore every inch of the game.

Rather than running through strictly defined, linear 2D stages, the stages of Forgotten Land are more open, meaning Kirby’s powers can be used not only for flashier attacks, but also for a rewarding degree of exploration.

Using ice on flaming blocks can open up hidden pathways. Powering through brick walls by using Kirby’s new Mouthful Mode with a vending machine may reveal a caged Waddle Dee. Even going to sleep by a wayward pool can net you a hidden achievement, and help you liberate your cute and friendly Waddle Dee army.

These new dimensions make Kirby and the Forgotten Land a game that’s a delight to play through and spend time your time in. The game’s loose narrative – which is premised on Kirby being sucked into an alternative, post-apocalyptic world – places no time constraints on your adventures. You can spend as much or as little time in each unique biome as you like, with no real ‘end of the world’ push to encourage blasting through every chapter at once.

Instead, you can literally stop to smell the roses.

You’ll journey through a vast amusement park, and help lost ducks return to their mother. You can place Kirby’s wee face into a cardboard cutout, and watch as he and his companion Elfilin smile in pure, unfiltered bliss. You can wander around corners and find hidden ice creams and chocolate bars.

With so much happening in the real world, the breezy pace and childlike innocence of Kirby and the Forgotten Land is a balm to a stressed out soul. While the game does have its challenges – particularly in later parts of the game, and when completing secret objectives to liberate Waddle Dees – it’s largely carefree. Enemies tend to be on the forgiving side, and each has a distinctive attack pattern you can easily learn to avoid damage.

Kirby’s abilities can also be powered up to the point where he becomes a tank, allowing him to romp through worlds sparing barely a thought for wandering Awoofies, Mumbies and Bronto Burts. Playing on the game’s ‘Wild Mode’ difficulty doesn’t present much of a challenge either – but it doesn’t need to. The bright, brilliant levels of Kirby and the Forgotten Land flow wonderfully, and contain enough puzzles and charming quirks to keep the game engaging throughout.

There are some fairly ordinary environments among the more interesting ones, that fill traditional archetypes like ‘ice level’, ‘lava level’ and ‘beach level.’ But each still features its own cute sense of personality, and enough secrets that uplift them above stock standard fare.

What helps is that these worlds are also a little bit strange, in keeping with Kirby tradition.

The new mechanical addition to Forgotten Land – Mouthful Mode – helps keep the action oddly compelling along the way. Mouthful Mode is a new ability that allows Kirby to swallow large, special objects and shape his blobby body around them to gain powerful new abilities.

Swallow a traffic cone, and his body stretches to become cone-shaped, giving him a powerful spike attack. Swallow a car, and Kirby actually becomes a high-octane race car. Each transformation is marked by an unsettling stretching animation that only adds to the Eldritch, beast-like horror lurking beneath the surface of Kirby and the Forgotten Land.

See, while you spend the game largely romping through pretty worlds, defeating creatures, and solving puzzles, there’s also the underlying, bone-chilling mystery at the heart of the game. How did Kirby get to the post-apocalyptic world he resides in? What happened to his home of Planet Popstar? And why are there so many towering monsters guarding the gates to each of the Forgotten Land’s locales?

More importantly: who built the amusement park rides that dot Wondaria Remains? They certainly look like rides that humans would make in our real world.

This strange layer of questions makes every terrain in Forgotten Land a curious one. Even when the game feels most familiar, it maintains a sense of fascinating oddness which feels intentional, and helps to buoy those brewing questions in the absence of an actual plot line.

Even after the game’s conclusion, there’s a sense of curiosity that lingers – one that encourages you to revisit worlds and fully complete the game in order to find every last secret hiding in deceptively cutesy biomes. While you can certainly ignore the game’s stranger moments and enjoy it for what it is – a warm, fuzzy and engaging platformer – there are layers here that withstand the game’s tendency to lean toward classic video game tropes.

While much of Kirby and the Forgotten Land may feel familiar, it’s penchant for extreme weirdness is a big part of what makes the game sing.

In relying on tried-and-true platforming, developer HAL Laboratory has been given sufficient rope to make a wacky and weird little gem of a game, one that’s extremely charming, warm and approachable for everyone. It doesn’t quite tread new ground, but its slick gameplay and sense of oddness makes it a fascinating and engaging platformer that really makes you wonder why it took so long for Kirby to journey through the 3D realm.

A copy of Kirby and the Forgotten Land was provided and played for the purposes of this review.