Some of the best video games of the year most definitely flew under your radar.
Chris Lawn 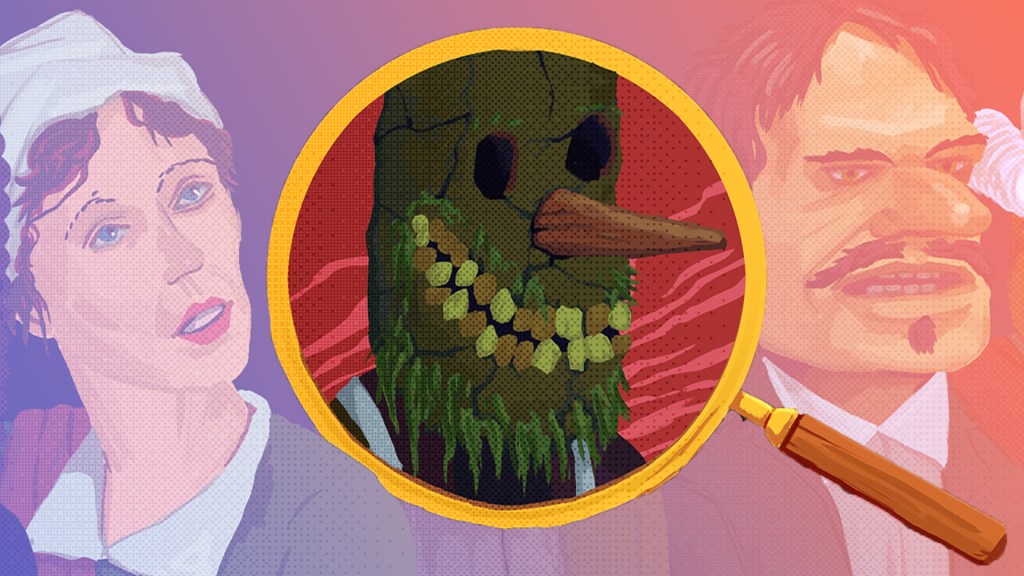 The Case of the Golden Idol is one of many 2022 games you shouldn’t miss.

There have been some absolutely excellent games leading the conversation throughout 2022 – looking at you, Elden Ring – from blockbusters to high profile indie games. But the flip side is that as always, many excellent experiences have simply fallen through the cracks.

I’ve spent the entire year collecting a huge list of fantastic indie games that you should be paying attention to, and while I don’t have time to go over all 250+ of them, here we have five absolute top-tier games you definitely should not miss out on before wrapping up the year that was 2022.

The Case of the Golden Idol

In an ‘it’s so simple I can’t believe this hasn’t been a mechanic in a game before’ scenario, The Case of the Golden Idol is a brilliant mystery game that requires you to actually think about the information presented to you, marrying gameplay with story at a deeply fundamental level.

Played out over a dozen scenarios, Golden Idol follows the mystery surrounding said idol by way of a colourful 18th-century aristocratic cast. Every scenario is a snapshot in time, surrounding an often grisly murder. It’s up to you to observe the scene, unravel the identity and motivations of each character, and then piece together the truth behind what’s actually happened.

Clicking around will gain you a list of words – names, objects, emotions and such – which you will then need to place in your handy notebook against clues, characters and statements to decipher what exactly is going on. It’s an excellent system, as it really makes you consider how each of the pieces of this puzzle actually fits together.

And if for some reason all that compelling detective work wasn’t enough, the tale that is weaved here is exceptional. It’s amazing how invested you get in these characters, and how even though the images you are looking at are functionally static, the mysteries and revelations become all the more gripping by your deductive expertise. It’s like – and I know this seems like it makes no sense, but when you play it for yourself, you’ll understand – reading a great mystery novel that you are also writing yourself in real-time.

At first, the art may seem a little garish but after a while, the charm shines through – particularly in some wonderful facial expressions. For fans of Return of the Obra Dinn, this game is an absolute must-play.

I’ve been a big fan of Cosmo D’s work since I fell in love with the surrealist bent on capitalism and humanity in Tales From Off-Peak City. But where previous games have been a vessel for vibes and narrative, Betrayal at Club Low is more mechanically focused, pulling on recent hits like Disco Elysium for inspiration.

Centred around a singular building, Club Low leans into a wide possibility space in a focused location, over a narrow through-line in a broader community. Using a dice-based structure for every action taken, a handful of different skills will determine your path through the club and to your objective – often with hilarious and/or thought-provoking results.

For example, first, you need to actually get in. There’s a bouncer at the front door, but he doesn’t like people who push in line. If you want, you can challenge him to a fistfight using your Physique if you happen to be buff. Or, you can weave your way through the line somehow – maybe you can be Deceptive and sneak past those waiting, or use your Wisdom to befuddle the crowd with a timeless parable, distracting them and allowing you to slide on through. These interactions pass/fail with dice rolls, with each stat determining how high your chance is at succeeding. Me? I snuck around to the side door, convincing the guard dozing there to let me in by being a witty cheeseball.

Club Low is like an unfolding puzzle box that encourages multiple playthroughs with different styles and stats to glean more about what exactly is going on here, with 11 different endings possible. This is genuinely a fantastic tabletop-esque time, and I can’t wait to see how Cosmo D continues to expand on this mechanical exploration with their games moving forward.

Stop me if you’ve heard this one before: you’re given an objective such as ‘retrieve the macguffin’ – but the cool part is, you can approach the mission however you like. There have been so many times I’ve read that line where my mind has exploded with possibility, only to be let down by the realities and restrictions of game design crushing my wildest dreams. At least, until I played Deadeye Deepfake Simulacrum.

Thanks in part to its more simplistic – though incredibly readable and surprisingly sleek – graphical style, the possibility space in DDS is incredibly wide. Set in a cyberpunk dystopia, you’re graciously given the opportunity to pay off an ever-increasing debt from a mega-corp by participating in some shady corporate espionage. Who you are and how you complete said missions is entirely up to you. Sure, you can go in guns blazing, but there are so many other fun toys to play with.

You can hack just about anything – cameras, turrets, doors, people, their guns, individual bullets, the fridge, you name it. You can go invisible, or teleport. Hell, you can become a necromancer and raise the dead if you want to. True openness is at your fingertips.

This is all couched in a wonderful lo-fi aesthetic that reaches past the simplistic graphics and seeps into the music, the never-ending rain, the chat logs with your handler. Best of all, even though it’s in early access, it’s incredibly polished, already playable from start to finish and has a free demo. The early access is simply for the (solo!) developer to add in more side content, more fun tools and skills – more of just about everything. This game legitimately might be the best immersive sim on the market right now.

Calling Taiji ‘2D The Witness‘ is reductive, but it’s also the strongest touchpoint for what to expect when diving into this East Asian-inspired puzzle game.

You have your open world with bespoke puzzles about the place. There are no words, simply puzzles that you must solve to understand the rules of the puzzles, in order to solve more puzzles. The mechanics behind these challenges are at once incredibly simple and deceptively deep. They seep into the environment in incredibly clever ways.

A bit like Baba Is You, you can sit there staring at the screen in Taiji not doing a single thing for 15 minutes, swearing up and down that this puzzle is impossible, when all of a sudden something clicks, you realise the puzzle is so incredibly simple, and you’re a bloody genius.

It’s like learning a whole new language. At first, everything presented in front of you looks completely unintelligible, but as you start to work through what you already know and begin pushing out the edges of what you have not yet learned, you start to see a whole new world laid bare at your feet.

Grid Slayer is a game that does a hell of a lot with very little. Simple grid maps with basic card representations of characters pave the way to a deck-building roguelike experience that combines the best of Slay The Spire’s deck building progression, Into The Breach’s foresight and Divinity Original Sin’s battlefield interactivity. Also, it rocks.

Playing as a single unit which you quickly build out to be an absolute powerhouse, every map challenges you with an increasing army of enemy combatants, all looking to see you buried in the ground. At first, it can seem like the myriad of mechanics – health, movement, armour, draw capacity, card abilities, action timing and more – can seem a bit overwhelming, but a great tutorial steps you through everything with minimal fuss while showing you just how cohesively all of these disparate parts come together, creating an overwhelmingly fun whole.

The map interactivity is what elevates Grid Slayer to the next level. Say you have an arrow attack card that inflicts lightning damage. There are 3 enemy goblins bearing down on you, but between them sits a barrel full of water. If you can find a way to break that barrel, it will spill water everywhere, soaking the goblins – opening up an opportunity to paralyse them all with a single arrow shot.

There have been a lot of grid-based tactics games out this year, but something about Grid Slayer sticks in my mind as easily one of the best. The possibility space and build potential is wild, and the progression with ever harder handicaps balances out a compelling experience.