Psychonauts 2 features the same high caliber of fantastically unusual environments and characters that made the original a cult classic.
Edmond Tran 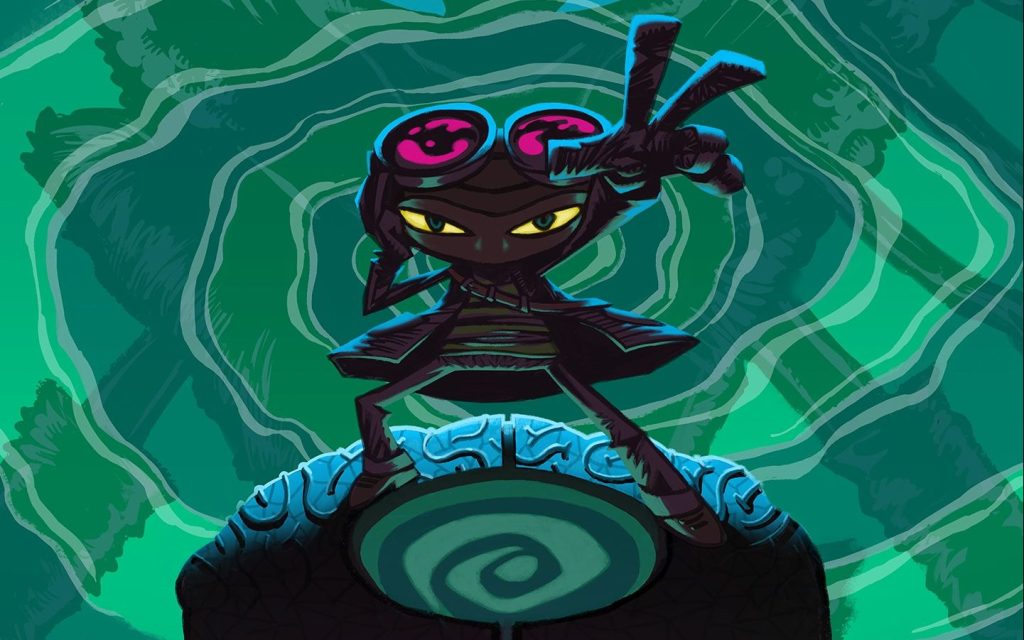 It’s not difficult to understand why Psychonauts, released in 2005, is considered a cult classic. It was a platforming game infused with charming character and sharp humour – pedigree traits of studio Double Fine and its founder Tim Schafer which helped set it apart. Not only that, but Psychonauts also boasted a wonderfully unique narrative scenario: psychic summer camp kids learning how to dive into the minds of others, a concept that birthed a series of wonderfully bizarre level designs.

Psychonauts 2 was never a sure thing, given the poor commercial performance of the original, but after a crowdfunding campaign, multiple rounds of investment, and a studio acquisition by Microsoft, the improbable sequel lives. Psychonauts 2 is not only a direct continuation of the plot of the original game, but also feels like a direct continuation of its design ethos, too.

While that means the platforming action seems to lack the years of field-tested iteration and refinement of its genre contemporaries, the distinctive flourishes of character, humour, style and imagination remain. Not only that, the existence of Psychonauts 2 exposes how pedestrian things have been since its first outing.

Kid protagonist Rasputin (Raz) is a circus acrobat who has realised his dream of being a psychic secret agent, graduating from a lowly psychic summer camp attendee to a fully-fledged psychonaut. Along with his far older and more experienced peers, they project themselves telepathically into the brains of others to discover what makes people tick, and when necessary, attempt to force a change in mind and disposition.

Psychonauts 2 begins as Raz and a small returning roster of characters conduct an operation in the mind of a villainous dentist. Entertainingly, in the world of Psychonauts, the mind is represented as a larger-than-life physical environment, humorously extrapolated from exaggerated metaphors of the lived experiences and mental state of the character they’re associated with.

These kinds of levels are numerous, and they are a delight. That the game picks up in the middle of a story thread that continues on from the original Psychonauts and its VR episode, the Rhombus of Ruin, isn’t as much of a blocker as it may initially seem to be. The star attraction of Psychonauts 2 is the invitation to traverse its many, fantastically weird stages.

The initial dentist stage, for example, uses fleshy gums and grotesquely detailed molars as its building blocks, with streams of saliva adorning the corridors. Another inspired level takes place on the inside of a smelly bowling shoe, as you’re tasked with precariously rolling a giant bowling ball across the rooftops of a metropolis, established by the microorganisms living inside the shoe. The game uses this shrunken protagonist and giant everyday object concept to consistently great use. A smaller, more contained stage later in the game takes place on the set of a cooking game show, as you frantically prepare meals under the watchful eye of three gigantic hand puppets.

Even its less absurd stage concepts are executed in a way that makes them remarkable. A 1960’s music festival level is naturally popping with saturated colour, but with a palette and visual motifs that make it feel somehow unique, as if pulled from an alternate history.

There’s plenty to enjoy outside of these mind palace levels – wonderful worldbuilding bits and pieces that include amusing, empathetic characters to converse with and open, playground-like environments to explore. But even if considered solely as a series of stage concepts, Psychonauts 2 is a delight. A masterclass in scenario, level design, and art direction that demands to be seen.

Combat doesn’t quite instil the same elation as the level designs do, however. Fighting enemies in Psychonauts 2 lacks a satisfying amount of impact, likely due to Raz’s reliance on non-physical combat – even his melee attacks are merely psychic projections of fists.

Instead, what satisfaction you do get from combat comes from the puzzle-style considerations it requires. Enemies, which are goofy, light touch personifications of mental concepts, are all particularly vulnerable to certain psychic abilities Raz wields. The oily, sludge-like Doubts are very vulnerable to being set alight with Raz’s Pyrokinesis ability, while the frantic Panic Attacks need to be slowed down with a time bubble in order to land attacks on them. Judgements, which take the form of a literal courtroom judge, will throw their book at you, which you need to catch and throw back with Raz’s telekinesis.

Later in the game, being able to quickly swap abilities in and out to suit the situation becomes the primary hurdle, but the puzzle aspect does keep combat encounters involved all the way through.

What can be said about combat in Psychonauts 2 can also be said of its platforming, to some degree. While the running, jumping, and gliding mechanics can sometimes feel inadequate for the precision that the game demands of you, the puzzle of working out the unique rules of the stage, or the correct path to an out-of-reach spot is often most of the challenge, which is satisfying in its own right.

A copy of Psychonauts 2 was provided and played on an Xbox Series X for the purposes of this review.