Everything announced in the latest PlayStation State of Play

The latest PlayStation State of Play filled in a number of slots on the gaming calendar for the year.
Leah J. Williams 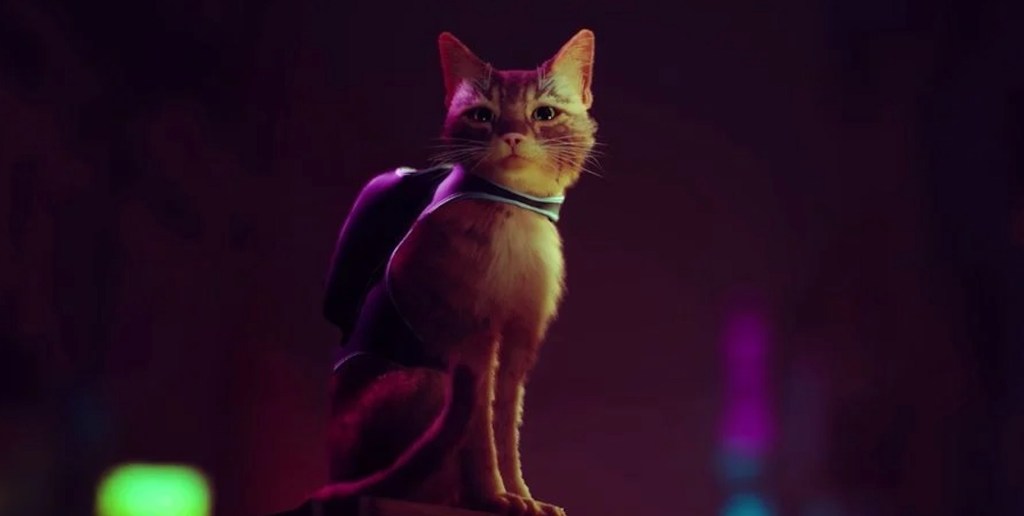 PlayStation’s latest State of Play showcase set for June 2022 didn’t hold back its punches. With a vast array of games from third-party partners and VR developers on show, there’s now plenty to get excited about as we head towards the later half of the year. While the gaming calendar has been relatively bare lately, that’s all set to change over the next few months. Whether you were keen to hear more about PlayStation VR2 or not, the show was certainly worth tuning in for.

Here’s everything announced during the June 2022 PlayStation State of Play.

The State of Play kicked off with a mysterious teaser – a spooky wood and a crackling radio. Hey, it’s Resident Evil 4, the next in a long line of remasters and remakes for the beloved horror franchise.

This teaser included a young woman wandering, all manner of spooky villagers, a priestly horde in a church, and a terrifying scream in the darkness. ‘This time it can be different,’ the protagonist claims. Somehow, we don’t think it will be.

The game is set to launch for PlayStation 5 on 24 March 2023 – and it’ll come with PlayStation VR2 content.

Four games were shown off for PlayStation VR2

The next State of Play trailer was a smashcut of games arriving on PlayStation VR2 – one of which is Resident Evil Village. Now, you can get stomped on by Lady Dimitrescu in a wonderful first-person view. We certainly know some people who’ll enjoy this fresh feature.

No release date was given for this experience.

The second VR game was another horror title – a zombie shooter. It appears to be set in New Orleans, and features a range of weaponry being deployed against sweeping hordes.

The third game in the flashreel was a sci-fi adventure game everyone will know by now – No Man’s Sky is coming to PlayStation VR.

The fourth game was Horizon: Call of the Mountain VR, a new Horizon game that appeals to be the flagship title for the PlayStation VR2 launch. While we’ve already seen some of the this title, the new trailer showed off how climbing and shooting works, and how players will be able to interact with the game’s world.

It appears they’re going for the ‘hands-only’ model in this VR adaptation, but regardless, it looks like a gorgeous adventure. It’s a PlayStation VR2 exclusive.

As an added bonus during the June 2022 State of Play, the Horizon team also announced New Game+ is coming to Horizon Forbidden West, as well as new outfits, a skills reset, and an ultra hard difficulty.

Marvel’s Spider-Man and Miles Morales are coming to PC

PlayStation is looking to journey further into the PC games market in the years ahead – and it looks like they’re making a big play by releasing Marvel’s Spider-Man on PC. It will also be joined by Spider-Man: Miles Morales for the complete Spidey experience.

Beloved cat game Stray got a fresh new trailer during the latest State of Play. It showed off the game’s cutesy protagonist on a wild journey through a city, leaping across beams, interacting with robots, and hiding from drones. It appears the game will be a mix of action, adventure, and stealth gameplay.

A release date was also confirmed: Stray will launch on 19 July 2022 for PlayStation 4 and PlayStation 5. The game will be available for free to Extra, Deluxe and Premium PlayStation Plus subscribers.

The Callisto Protocol is a new sci-fi body horror romp

The next State of Play trailer took place on a spooky sci-fi planet, where an astronaut enters a space station and encounters a hulking alien-robot creature. The atmosphere suggest The Callisto Protcol will be another horror title, with some genuinely skin-crawling monsters, made all the more gruesome by the game’s slick graphics.

If you’re not a fan of fleshy monsters, this title may not be for you.

A cel-shaded skater shooter is coming to PlayStation

A new trailer for Rollerdrome, a murder-skater-shooter was shown off during the latest State of Play. This flashy game appears to be a high-speed action thriller where players can shoot and glide their way to victory. It also rocks a gorgeous, cel-shaded style that makes all the action pop.

Anime game Eternights appears to be a new Soulslike

The next flashy trailer was for an anime-style adventure from Studio Sai and Kowloon Nights. It features a young man with a magical sword-arm who goes on a romp through a Tokyo-inspired city. It appears the combat will be closely inspired by the Dark Souls brand of rolling and slashing, although the game does appear to be more narrative focused, given it’s described as an action-dating sim.

Street Fighter 6 got a rather impressive, stylish trailer

The next trailer came courtesy of beloved developer Capcom. It’s Street Fighter 6! This title got a flashy, ‘street style’ trailer in the latest State of Play, showing off every gorgeous bit of action in full flow.

It appears the game will lean more into stylish combat than past titles, with each punch accompanied by colourful blasts of energy. Frankly, it looks incredible.

Tunic and Season: A Letter to the future are launching on PlayStation

New trailers have confirmed indie games Tunic and Season: A letter to the future. are arriving on PlayStation in 2022.

Tunic is a Zelda-like game where players embody a cute fox going on a wild adventure. It lands on PlayStation and PlayStation 5 on 27 September 2022.

Season: A letter to the future. is an adventure game featuring a character travelling through a pastel-hued landscape, taking photos and exploring nature. It appears this game will be very narrative focussed, with family and relationships coming into play during the entire journey.

The dramatic new trailer for Final Fantasy XVI kicked off with flashy beasts, including demon Ifrit, romping through a battlefield of soldiers. It appears the next Final Fantasy will lean heavily into a medieval European aesthetic, complete with castles and kingdoms.

New characters seen in the trailer include a regal king-like figure, and a royal giant – but the focus was largely on big-scale battles between the game’s iconic Gods. Phoenix, Garuda, Titan, Ramuh, Shiva, Odin, Bahamut and Ifrit will all have big roles to play in the game, it seems.