An in-depth look at Final Fantasy 16 was shown during the PlayStation State of Play, featuring a very action-heavy combat system.
Edmond Tran 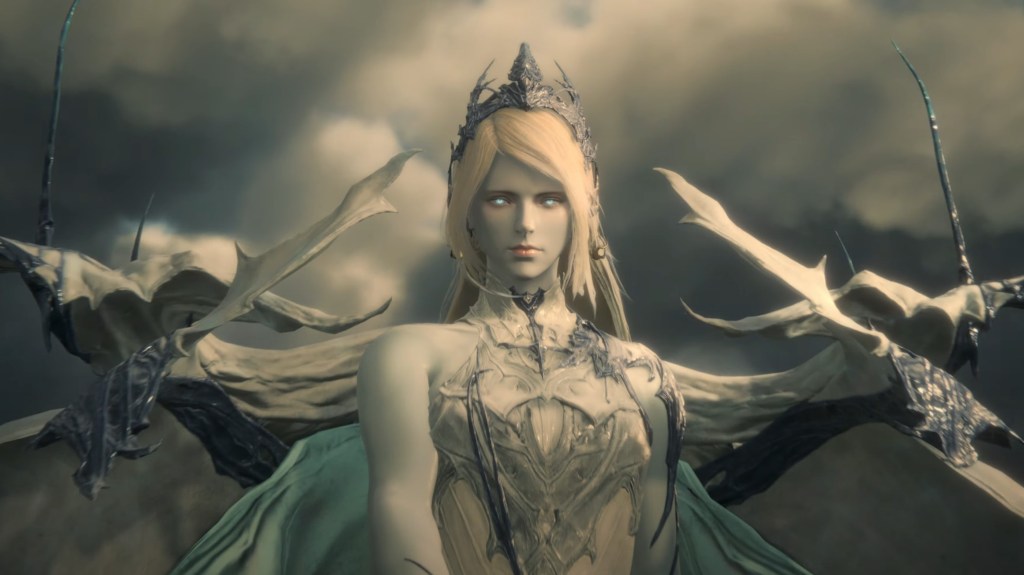 A new, in-depth look at the gameplay of Final Fantasy 16 was shown off during the June 2022 PlayStation State of Play. In particular, we got a bit more context around the game’s plot, and a better look at its action-heavy combat system. The game will be available mid-2023.

The trailer begins by asking ‘What are the Dominants?’ It’s presumed they are at least tangentially related to the ‘Summon’ God creatures which have been a mainstay of the Final Fantasy series since its inception, only this time, they’re tied specifically to individuals. The narrator of the trailer suggests that they ‘wear away at our very being’.

‘It breaks us, it unmakes us, that its immaculate aspect might reveal itself,’ he continues, as images of creatures like Bahamut and Ifrit are shown.

Some out-of-context bits of a dialogue are then delivered – they speak of a medieval war, and the presentation and performances of which harken very closely to the tone of Game of Thrones.

We also get a look at the combat system in this new trailer, which seems to take the real-time action of Final Fantasy XV to its next logical step, turning it into a kind of single-player action experience like Bayonetta or Devil May Cry 5 – a lot of flashy combos, aerial attacks, and we can see details like items and skills being equipped for quick, real-time use during fights.

It should be noted that Ryota Suzuki, the combat lead on Devil May Cry 5 was hired at Square Enix shortly before Final Fantasy 16 was revealed.

There’s a quick shot of an on-ground war, and a montage of many of the game’s summons – Shiva, Titan, Phoenix, Odin, Garuda, Ramuh.

Historically, each new mainline Final Fantasy trailer has always depicted the increasingly vast and ambitious scale of the series, often making you think ‘how is something like that possible’? With the focus of Final Fantasy 16 presumably being these incredibly epic duels between enormous summon creatures, this trailer has also captured a bit of that magic.

Final Fantasy 16 is set to launch in Winter 2023 (Southern Hemisphere).