Street Fighter 6 was officially revealed with an in-depth look at the PlayStation State of Play in June 2022.
Edmond Tran 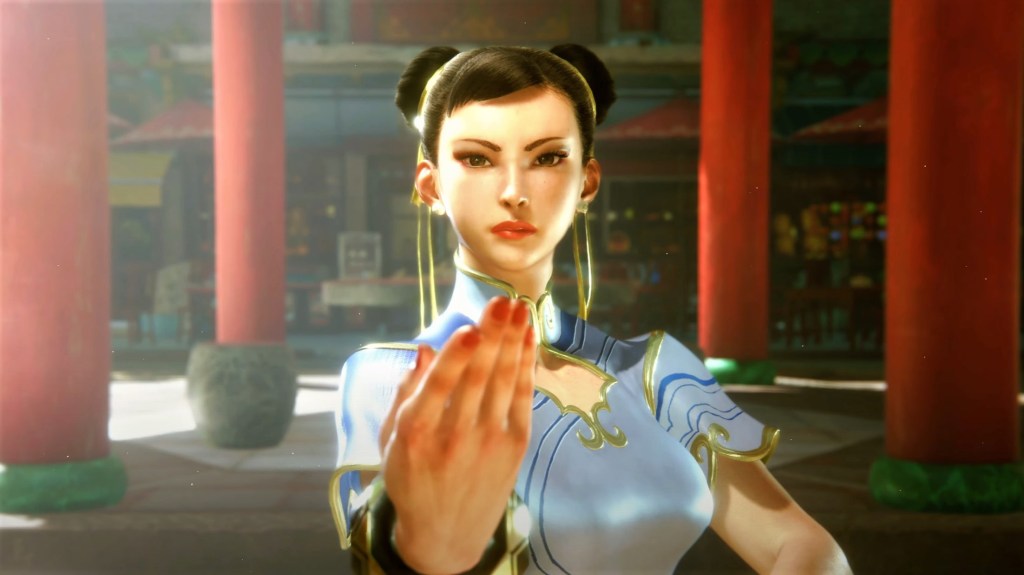 After initially announcing the game’s existence earlier in 2022, Street Fighter 6 was further revealed with an in-depth look at the game, its single player component, and its new fighting mechanics, during the PlayStation State of Play in June 2022. A release window of 2023 was also announced for the game.

Here’s a breakdown of everything we know so far.

The fresh trailer opened in Times Square, a stage which featured a number of easter eggs, before cutting to new character, Luke, training in a gym in New York City. Then, a surprise free-roaming gameplay section was shown, with Luke exploring neighbourhood locales, using attacks to find items, and talking to characters.

This is what Capcom is calling the ‘World Tour’ mode. It’s a single-player story mode that will have you exploring a world with your player avatar, getting into fights.

A similar mode will also be fashioned around online play, called the ‘Battle Hub’, which allows you to run around and interact with other players prior to playing a match. Many games from Arc System Works, like Guilty Gear Strive and Dragonball FighterZ feature a mode like this, and they seem to be popular, despite it often taking a bit longer to get into a match.

A number of new and returning characters were then introduced, including:

A few looks at the game’s 2D combat were shown, which also included a glimpse at a new technique — the Drive System.

According to Capcom, players can ‘utilise the Drive Gauge to perform five different techniques that can easily enhance your offence or defence,’ including:

Street Fighter 6 will continue to use the classic six-button control scheme (called the Classic Control Type), but will also include what Capcom is calling the Modern Control Type, which will use a Super Smash Bros. style ‘special move’ button that can be used to perform techniques with one direction and one button input.

In an incredibly fun addition, Capcom also announced that Street Fighter 6 will feature a ‘real-time commentary’ feature which will feature some famous voices from the global fighting game community.

Much like real-world commentators are often featured as part of sports game like FIFA, a number of commentators will be available to narrate your matches to add that extra level of excitement that you might find in professional Street Fighter tournaments.

The Street Fighter Twitter account provided a trailer for this unique feature, showing off the voices of Jeremy ‘Vicious’ Lopez, who will provide English commentary, and Aru, who will provide Japanese commentary. Subtitles will also be made available in 13 languages

No firmer window was given, but we’ll update this article when we know more.