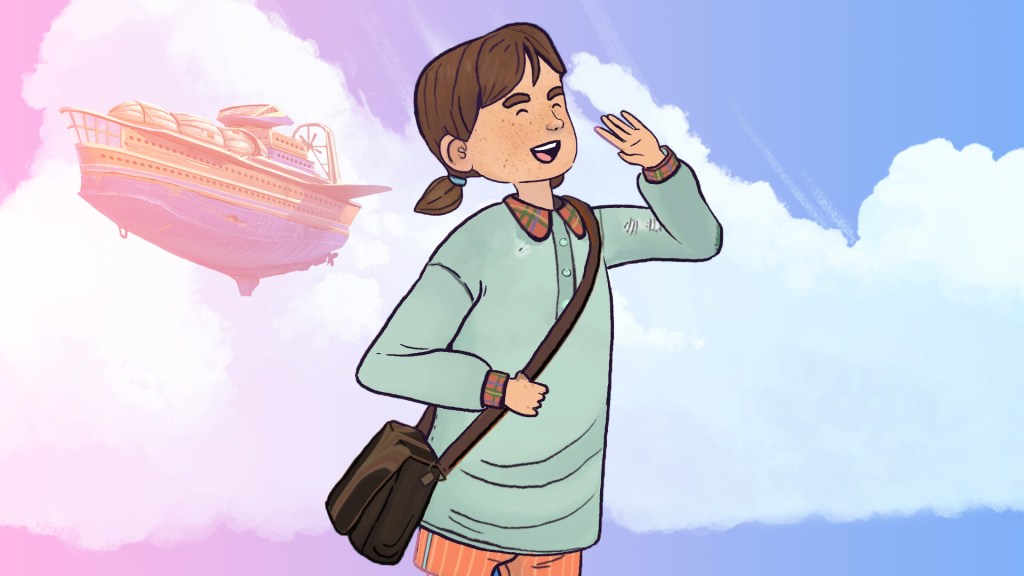 As part of GamesHub’s Game of the Year 2022 festivities, we invited several people from the local game development industry to share their favourite games of the year with us. Goldie Bartlett of Ghost Pattern, developer of Wayward Strand, joins us for this list.

I spent the first half of this year working on finishing and then landing the release of Wayward Strand, and teaching at RMIT. The second half was spent teaching at RMI,T and staring in disbelief at all the wonderful reviews for Wayward Strand. Between that, I played a handful of games – whether for pleasure or work – and have picked out three that stood out to me.

I will give a shoutout to three more here: Raft (which had its final chapter release this year), Cult of The Lamb, and Wylde Flowers, all of which are excellent – but had various drawbacks to keep them off my top 3. In a stressful year, these three games gave me a lot of solid downtime, and I’m grateful for that.

I’ll also mention my personal game of the year, Deathloop, (released on Xbox this year), which I couldn’t write about under the world limit without sounding like this guy:

Of course, there were also lots of games I haven’t tried yet, but really want to – Immortality, The Case of The Golden Idol, Brendan Keogh’s Putting Challenge jump to mind. Anyway – here are my Top 3 Games of the Year for 2022:

‘Originally released as an after-credits bonus scene in The Titanic, but most people left the theatre before getting a chance to see it because The Titanic is already 3 hours long. Now remastered in HD and brought to itch.io‘

I’ll start by mentioning that this game is free, and only takes about 20–30 minutes to play. So pause your reading, start the download, and then come back and I’ll tell you why this game slaps.

Titanic II by New York-based developer and teacher Flan feels like a cross between the best bits of Room of 1000 Snakes (Ben Esposito), and a particularly philosophically-bent acid trip (allegedly). It’s a very postmodern retelling of the sinking of the Titanic, and what really happened down there, with a horror-game flavour. While the game is carefully directed to take the player through a particular journey, Flan leaves lots of room for the player to take their own interpretations and meanings from the classically absurd work.

Whatever this game is, it’s funny as hell, too.

It’s a short, free, moody, silly, serious and incredibly unique game, and was a winner of an AMaze Award!

Always, but perhaps especially in 2022, I’ve been very inspired by both the finished works and the practice style of Melbourne-based artist and designer, Cécile Richard. They make all sorts of things in the games and games-adjacent space, and whenever we catch up, they’re usually discussing the fascinating ideas behind whatever it is they’re working on.

Cut to X months later, and they’re releasing what came of the idea they were chatting about. That’s kinda rare, in art and games – following through on your ideas and projects – and I don’t know much more about their process, whether they’re dumping ten ideas for every one idea they get to treat, or not. Either way, it doesn’t matter because what they do release is always great.

After arriving in Australia half a decade ago, Cécile has carved out a space in the Melbourne dev scene as both a prolific and refreshing designer.

( C Y C L E ) was born from an interest in the urban legends of the subterranean parts of cities. I’m unsure whether the initial interest was the underground parts of Melbourne or Paris, or elsewhere (Melbourne and Paris both have some weird-ass tunnels and compelling urban legends) mixed with an interest in the horror genre – something I’ve seen Cécile working with a bit this year.

If these topics make your ears prick up, then you can’t miss this game. Cécile’s writing and web design is tasteful and confident, their storytelling is gripping and spooky in the good, ‘woah, that’s spooky’, kind of way. And, I have to say: finally, someone has made a text-based, web-based game that feels SO GOOD to play.

Look, there was a time when I wouldn’t put this game on this list (Note: I’m one of the game directors), but since it’s come out, we’ve had so many great reviews and wonderful feedback from our players that I feel confident in recommending it to you. I can now say that it is objectively a very good game – sitting on an OpenCritic score of 80 – something we are very proud of, especially as this was a very experimental, self-published debut.

I’m going to leave it to you to explore what it is – I’ve linked to it – and I’ll also let you know that (at the time of writing) it’s currently 20% off for Switch, Playstation 5 and PlayStation 4, with other consoles and platforms joining the Christmas sale very soon. 25% off for PlayStation Plus!

It was both fun and difficult to make this game.

For me personally, my Dad spent about 6yrs in various nursing homes before he died in 2016, the year we began making it. And before that, he was a senior health architect for the state government, designing and overseeing the designs of many of our hospitals.

Mum was a senior nurse when I was a kid, and so making a game set in a fictional nursing home – albeit a much happier one than the ones I’ve seen – was wonderful to explore thematically, and felt significant to get off my chest.

My favourite part of Wayward Strand is that we were interested in making a game that older generations in particular could play – the controls are exceptionally simple without detracting at all from the core design goals of the game. I’m very proud of that. Figuring out how to get the funding together to fully voice the game is something else I’m especially proud of.

ghost pattern are looking forward to what’s next, and I know we are all grateful to all of you who are reading this, for your support throughout the years so far.

Thank you! Have a safe and happy break, everyone!

Goldie Bartlett is an artist and game developer from Melbourne. She has a keen interest in indie games, particularly narrative-based games. Previously she has worked on games such as Wayward Strand, and for the Freeplay Independent Games Festival. She teaches creative practice at RMIT university in the games design degree.