Plenty of excellent video games came out in 2022, but Cult of the Lamb was the one that rose to the top of the GamesHub staff vote.
Edmond Tran 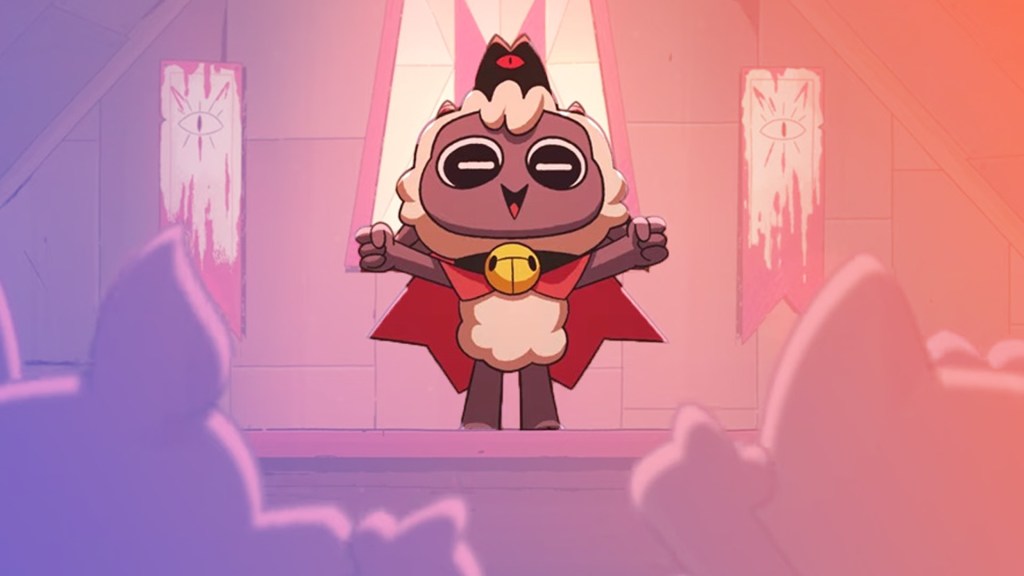 Cult of the Lamb, the hybrid colony simulator and dungeon crawling game developed by Melbourne studio Massive Monster and published by Devolver Digital, is GamesHub’s Game of the Year for 2022. In a collective ranking of dozens of the year’s best video games, Cult of the Lamb was the clear victor to emerge at the top of the pile, with the undeniable charms of its leading lamb clearly winning us over.

In our review of Cult of the Lamb, we remarked that the game is positively bursting with personality. Its variety of gameplay styles are consistently engaging, and its exceptionally refined visual and audio design truly elevate the whole experience.

Congratulations to the teams at Massive Monster and Devolver Digital for putting out such a standout piece of work. We look forward to seeing what comes next.

Here’s what some of GamesHub’s staff had to say about Cult of the Lamb:

‘With the perfect mix of sinister and adorable gameplay, Cult of the Lamb burst onto the scene as an instant success. The Australian genre-blending rogue-like / cult management sim is filled to the brim with innovative riffs on existing mechanics, creepy eldritch horror-esque enemies to battle, and just plain absurd humour. Rescue an adorable little animal and recruit them into your flock, but should they begin to stray, a few days in a stockade while you ‘re-educate’ them will have them singing your praises again.

The mix of genres also keeps things fresh for hours on end. Tired of managing your cult and its varied needs? Head out to battle beasts beyond comprehension in a fast-paced dungeon!

Combat and resource-gathering aside, the strength of the cohesive art direction and the game’s musical score are also the keys to Cult of the Lamb’s excellence – and why it’s one of the best games of 2022. The paper cutout style of sweet animals being sacrificed to an all-seeing god works so well, and the music makes you feel as though something untoward is always lurking around the corner, even when wholesome-sounding marimba tones ring through the speakers as your cult happily cuts wood and worships you as the Chosen One.’ – Emily Spindler-Carruthers

‘Cult of the Lamb combines so many great things about video games into a bloody, eldritch package. With elements of life and management simulators, as well as roguelike dungeon crawlers, there’s plenty to love here – including the titular Lamb, which guides the action as a scion of terrible beasts. While you can get stuck with an awful cult in the early stages, as animals eat their own poop and get sick, the further you travel down dark forest paths, the better your flock will become.

Eventually, they’ll stop eating their own poop and transform into the faithful herd you deserve, helping you farm religious points that aid your quest to defeat the old gods, and reclaim a piece of your long-dead soul. All of this, and plenty more, hides behind a whimsical and cute facade so well-designed by Melbourne’s Massive Monster. As a hybrid cultist simulator, it’s an absolute triumph. It gets its hooks in early, and has you praying at its altar for grim and delightful hours.’ – Leah J. Williams

You can find Cult of the Lamb on PC, Nintendo Switch, PlayStation, and Xbox.

How does GamesHub pick its Game of the Year list?

GamesHub’s Game of the Year picks are selected collectively by tenured staff. Each member puts together a ranked personal list of their favourite games released in 2022, and titles are given a score according to their rank, with 10 being the highest, and 1 being the lowest. The scores are collated, and the games are resorted in rank by their collective score, with staff members then deliberating over individual placements, and adjusting where necessary, before locking in the final list.