How indie game development can be a rewarding hobby 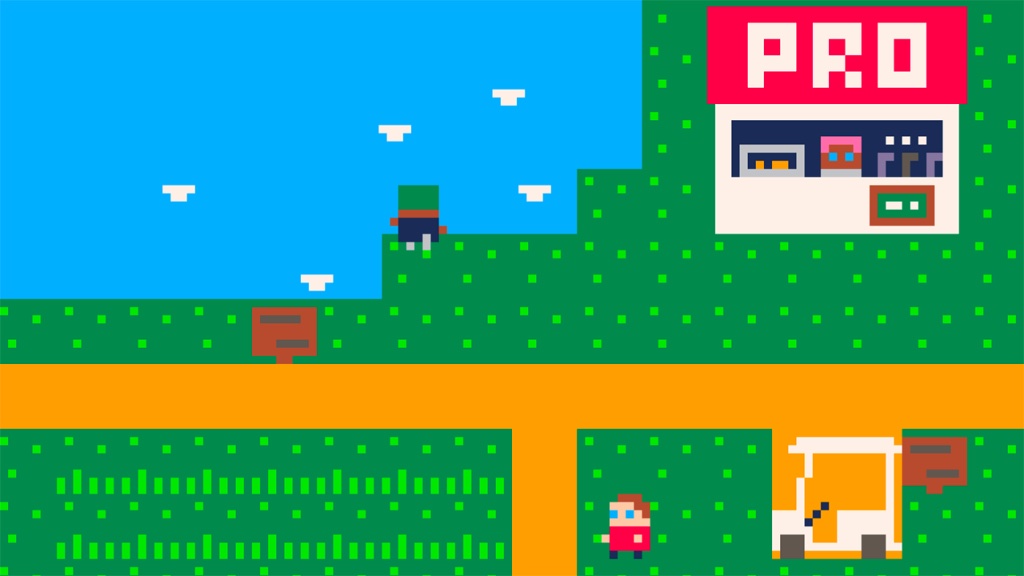 The games industry has become a major, global success over the last decade, with estimates supposing it’s currently worth around US $300 billion worldwide. That represents the collective efforts of thousands of game developers, and the enjoyment of video game fans everywhere – but as game development has grown, there’s also an increased focus on it becoming more monetised and corporatised, and creativity has taken a backseat to profits. According to researcher and part-time developer Brendon Keogh, speaking at Games Connect Asia Pacific (GCAP) 2022, despite this movement, there is definitely still room for games to be fun, experimental, and carefree.

His GCAP talk, titled ‘Don’t Quit Your Day Job’ was designed as a wake-up call for indie developers struggling to survive in a harsh and populous industry. While profits continue to rise and the industry grows, its popularity also means a more competitive jobs field.

‘Trying to work in games full-time can be really tough,’ Keogh said. Tough to the point of harming people – monetarily, and emotionally. ‘There will always be more game developers than paid game developers.’

While the talk began by focussing on the negatives of the industry, it also encouraged a more optimistic, carefree approach. Keogh believes that not all games need to be monetised – and that creativity is far more important than reaching for profits or life fulfilment. As a hobbyist game developer who works primarily as an educator and academic, Keogh largely sees games as a means to express new ideas, to experiment, and to learn new skills.

In a tough industry, in a tough economic time, game development can be what you make it.

Experimentation is an incredibly valuable skill

Keogh’s light-touch approach to game development began around 2017, when he set himself the task of creating 50 small games in a year. This meant learning new skills rapidly, experimenting with game engines, and stepping out of his knowledge and comfort zones. While the games he created were simple, he believes they were incredibly formative, and allowed him to pick up essential skills.

During his 50-game quest, Keogh discovered the game engine PICO-8, which encourages creation of smaller games with simple mechanics and graphics. This directly aided the creation of Brendan Keogh’s Putting Challenge, a game that debuted to warm reviews on Steam. It sold around 750 copies, with 24 positive reviews – and even generated coverage in PC PowerPlay, which Keogh is particularly proud of.

Without room to experiment, and letting go of ‘commercial’ notions for his game output, Bredan Keogh’s Putting Challenge may have never seen the light of day. After all, with so many developers perceiving games as only being for profit, experimentation is seen as an economic risk not worth taking on.

But for game developers – particularly rookie game developers – taking time to create personal experiences away from the strict bounds of monetisation or societal expectation of ‘valuable’ work, can become an incredibly rewarding part of learning about game development.

‘We should try to feel less shitty about making no money from our personal projects,’ said Keogh. The emphasis here was put on the personal – as the idea of not getting paid for work can occasionally translate into developers working for other people for free.

Creating games on your own can teach you new skills, it can help you express an idea, it can help you collaborate with other people and learn team-building skills. You can make them on a laptop, sit anywhere in your house, make smaller games you can actually finish, play around with game engines – anything that helps spark your imagination.

You can certainly learn transferrable skills from this process, develop as a human being, and yes – one day, these skills may help you enter the games industry in a full-time capacity. But as Keogh makes clear, playfulness and self-expression remain key to developing your own voice, and for improving your skills in a tough and often unforgiving industry.

The value of play in game development

In a companion GCAP 2022 presentation, game designer Duncan Corrigan shared similar ideals – with the focus of his ‘Cultivating Playful Culture’ talk being on how to make game creation fun and engaging, while not focussing on productivity, efficiency or performance.

Corrigan is the organiser of the Sydney-based Serenade games meet-up which gathers to share experimental, art-based works, and encourages creativity in the local development scene. Surrounded by peers, non-commercial, silly games can be celebrated freely.

‘We feel that we should limit play,’ Corrigan explained in his talk. ‘Things that don’t generate money are seen as less valuable.’ This comes from capitalist notions of what work should look like, and the strict value we place on art.

But according to Corrigan, childishness and silliness should be valued – these are qualities that help us express autonomy, curiosity, and new ideas.

‘Being playful is making the most of a situation with volition and autonomy,’ Corrigan said. We become unplayful because we are discouraged, from a young age, to experiment. As we grow older, we learn to associate playfulness with unproductiveness – and in a society that values products over all, we begin to feel guilty about what we produce.

This only leads to drabness, and a sense of boredom. In the games industry, Corrigan believes this has encouraged blander mainstream games that attempt to fit into a ‘box’ rather than trying something new. With capitalism as king, playfulness erodes, and this translates to a loss of colour and imagination.

But as Corrigan says, not all is lost – and playfulness can help to restore this colour, and create more engaging, light-hearted experiences. Examples he pointed to were Untitled Goose Game including the playful ‘honk’ mechanic – this noise can be deployed in any situation, just for humour. In Wayward Strand, there is a button that lets you relax and chill, soaking in the game’s ambience. In Frog Detective, you can use a magnifying glass to make the world look fish-eyed and fun.

These mechanics are not specifically tied to productivity – instead, they encourage play. The same kind of play that Keogh encourages developers to experiment with in their practice. As games trend towards homogenisation, it’s these processes that can make games stand out.

Self-expression, creativity, personalisation, charm, and playfulness – they all contribute to memorable experiences that can reshape how people interact with games, and how developers create games. In a world becoming increasingly more corporate, and driven by ideals of productivity and worth, game development is evolving on all levels. But there is always room for experimentation, and for experiences that don’t fit the ‘norm’.

Amongst all the noise, there’s certainly room for you – no matter how wild or strange your ideas are. As Keogh puts it, game development doesn’t have to fit into a set box – it can be a tool for anyone, regardless of myths around the industry, and the pressures capitalism places on creatives.