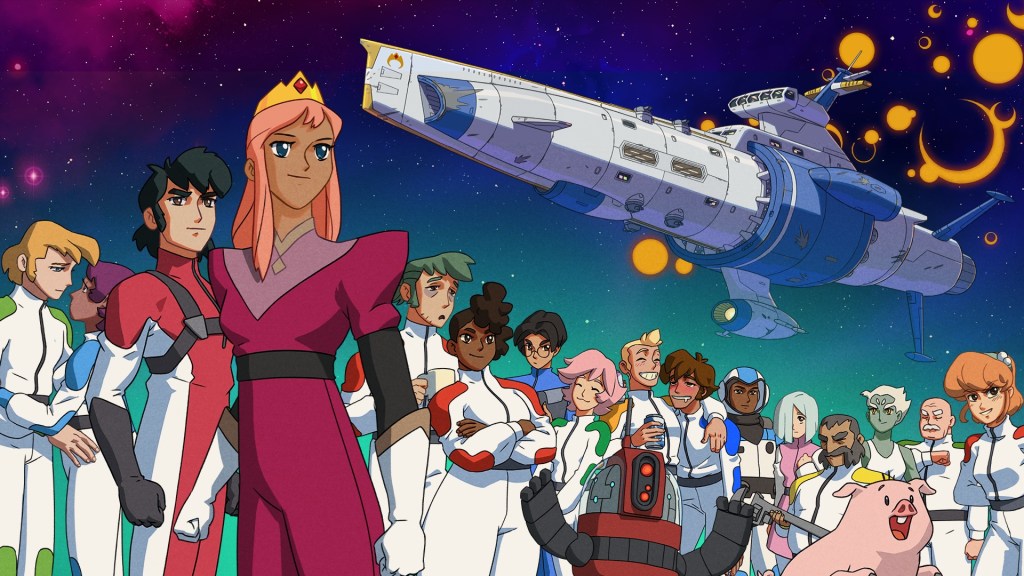 Australian game developer League of Geeks has announced its next major project: Jumplight Odyssey, a space-faring roguelike colony simulator inspired by classic 1970s anime. In the course of this adventure, players will put together a ramshackle crew of galactic survivors, conquer the deep realms of space, and strengthen their defences against a range of threats – including pirates.

The game is in development alongside Solium Infernum, a hellish strategy title featuring demons and lower-crust politics.

‘Take the helm of a Jumplight Starship as it flees its destroyed homeworld and lead your people to their salvation, the fabled Forever Star,’ the game’s official description reads. ‘Chart a course forward, jump to mysterious new systems, recruit crew members, and build out the ship’s interior while avoiding space pirate attacks, black holes, and the relentless pursuit of Admiral Voltan and the warmongering Zutopans in a roguelite colony sim inspired by genre staples and classic 70s sci-fi anime.’

To ensure your journey is successful, you’ll need to keep an eye on your crew and their needs – including their sense of hope. Along your path, these crew members will forge their own friendships and rivalries, pet pigs (yes!), and help to spice up life on the Forever Star.

As you manage your resources, you’ll be able to watch crew members develop, experience tragedy, and face down danger in mini-stories that slowly come to life.

In addition to managing your crew, you’ll also need to monitor and upgrade your starship as well, building out new utilities, luxuries, defences and resource hubs to maintain health and safety on board.

The game is designed around multiple runs, with players encouraged to learn more about potential dangers each time they set forth on the Forever Star. In each run, players will be able to better equip themselves, travel further, and rescue more survivors for a thriving and hopeful ship.

Jumplight Odyssey is set to launch on PC via early access in 2023. It will launch on PlayStation 5 and Xbox Series X/S following the conclusion of this early access period.