Video game music is bringing orchestral and artistic sounds, as well as the greats of the classical canon, to a whole new generation of ears.
Dr Diana Carroll 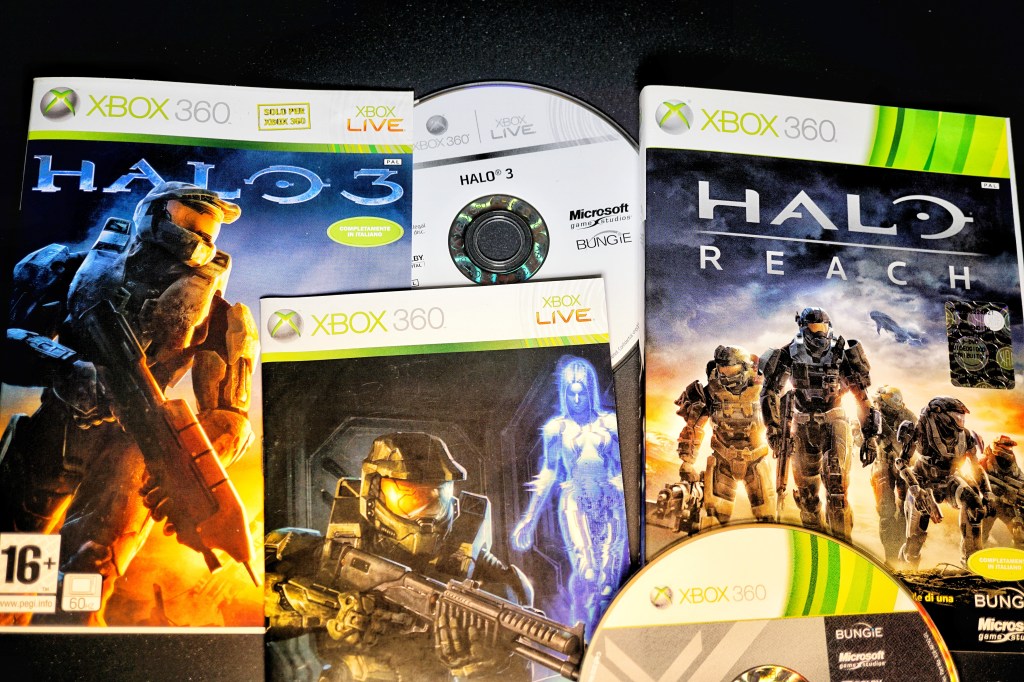 The complex soundtracks of games can introduce vast new audiences to the delights of orchestral and classical music. Image: Shutterstock

Let’s begin the story with a confession: I am not really a gamer. That said, I am enchanted by some of the wonderful orchestral and art music that’s been composed for video games along with the many greats of the classical canon that have been repurposed into their scores. And, just as we all remember the themes to our favourite movies, game music is now the soundtrack of their lives for many people.

I vividly remember hearing the music from Halo 3 – the main theme was spine-tinglingly good and had me turning up the volume. This began a quest to explore the genre more deeply. The two albums of Greatest Video Game Music recorded by the London Philharmonic offered an overview of the range and beauty of games music. Here was everything from Super Mario to Angry Birds and World of Warcraft, all in wonderful orchestral colour, with arrangements by British composer and conductor Andrew Skeet. And yes, Sonic the Hedgehog gets the full London Phil treatment too.

Closer to home, I began listening to the weekly Game Show on ABC Classic FM hosted by Meena Shamaly, who is a passionate game composer, session musician, songwriter and poet.

‘The capabilities of modern game systems mean that anything you imagine can become a video game soundtrack. There are no limitations on sound and style, so you’re just as likely to hear metal, hip hop and EDM, as you might a fully orchestrated, classically inspired score, with everything in between,’ he says.

Shamaly points to a few new games released this year that highlight the breadth of game composition and vast range of musical possibilities.

‘Elden Ring, for example, calls to mind the influence of Romantic era composers, coupled with both classic and modern film scores. Compare that with Trek to Yomi, strictly featuring instruments authentic to the Edo era of Japanese history. There is also the hybrid approach of combining cultural influences with electronic textures in Horizon Forbidden West, and fully electronic scores like those of smash hit games Stray and Cult of the Lamb.’

A lot of game music does go on to have a life of its own outside the game-play experience.

‘Every single track in the soundtrack album from The Last of Us, one of the most popular games in the world, has several million plays on Spotify,’ says Shamaly. The title track alone has over 45 million plays and growing.

And just as I discovered games through the music, so these complex and beautiful soundtracks can introduce vast new audiences to the delights of orchestral and classical music. All those little children you see playing games on mum’s iPad are absorbing this huge range of diverse music from a very young age.

‘It’s not hard to imagine that a love of video game music can lead fans to finding a love for orchestra, choir, and chamber music in its more traditional forms, such as baroque, classical and Romantic era composers,’ says Shamaly.

Orchestras around the world now regularly program concerts of game music alongside traditional programming and more populist special events, such as movies with live music and tribute concerts. These events also attract new and younger audiences into the concert hall to experience orchestral music live on stage.

Fans of The Evil Within will recognise Claude Debussy’s beautiful Clair de lune, composed in 1890; players of Grand Theft Auto 3 hear famous operatic arias by Verdi, Puccini and others; and the game Eternal Sonata is actually inspired by the life and work of the great composer Frédéric Chopin and features his music throughout. And what would Ludwig van Beethoven think now that one of his piano sonatas is embodied by a worm in Earthworm Jim? Many Beethoven scholars say he had a great sense of humour, so perhaps he would be delighted.

Games composer Starling Tan is a classically trained musician with a master’s degree in oboe performance from the Melbourne Conservatorium. She has recorded a multi-instrument cover album of video game music, composed music for a suite of indie games and was part of the team behind the Sound Byte 2022 festival – a sold-out celebration of Australian video game music.

‘Music for games is often composed in a classical style, and many game composers come from classical backgrounds,’ explains Tan. ‘Even Nobuo Uematsu, the self-taught main composer for the music of the acclaimed Final Fantasy series, has often said that Tchaikovsky was highly influential in his work.’

Tan says the classical music education system used to discourage musicians from thinking seriously about game music because it was perceived as being somehow inferior to Western art music.

‘As a classically trained musician who was raised on Mozart, Beethoven, Chopin and Vaughan Williams – my favourite composer – I always thought game music wasn’t something I should aspire to write. For one thing, all my favourite game soundtracks were Japanese, and I wasn’t. And you couldn’t really hear them on the radio or in most concert halls.’

Despite these reservations, Tan had a dream to write and play game music. ‘This was the music I loved to listen to, both in-game and in everyday life, so it was music worth writing, at least equally as much, if not more so, than the concert or art music that I grew up performing.’

Tan says part of the immense appeal of game music is its ability to form an emotional link with the game player that goes beyond just listening to a piece of music.

‘Part of what makes game music so compelling is the immersive aspect of it. Having experienced and formed an emotional link with the same tracks looped for hours in their favourite game, that music can take on a deeper significance for them than it might hold on its own. And many games are played alone, or at least without others physically present, which means their enjoyment of the music is a very personal thing,’ she says.

For 11-year-old gamer Blake, this immersive aspect is all important. ‘I’ve got my headphones on and it’s just me and the game. The music can pump me up and make me go faster; it can also give me time to pause and relax and see what’s going on.’

Tan believes that live performances of the music that gamers know and love offers them a whole new listening experience.

‘They then have the opportunity to bring their personal experience of the music and have it transformed into a collective emotional experience, creating a sense of community and warmth,’ says Tan.

This emotional connection is deeply felt because the music is so powerful in creating the atmosphere of the imaginary world of the game.

‘Many games bring with them an entirely new world, that is both similar and different to the world we experience on a daily basis. The music, alongside art, characterisation, written lore and other elements, bears a large part of the responsibility for creating that world. I think it’s a unique and powerful thing to create a world through sound, and the subtle ways in which game music can do that are fascinating to me’.

Tan acknowledges that music educators are now more open to game music and says the perceived prejudice is dying out. Game music composition is now taught at many music schools and conservatoriums, and features in many prestigious international music competitions and awards.

Read: The High Score conference is building game audio from the ground up

Meghann O’Neill is a Lecturer at the Sydney Conservatorium of Music; one of her subjects is a video game composition unit that she developed. ‘Game music encompasses all genres,’ she says. ‘So this is a great opportunity to teach art music styles with a structural focus. I’ve found that students are particularly inspired by minimalism and aleatoric music.’

‘I love the breadth of ideas my students present via interactive structures. Many experiment within electronic styles, or with retro-aesthetics, like chiptunes; others build art music pieces, for video game implementation.  One of my favourite student games, in recent years, cast the player as a curious explorer in a forest, set to an orchestral palette with voices weaved into the texture as you approach an unexpected colony of tiny people, living under mushrooms.’

It is this ability of the video game music to bring to life imaginary worlds that makes it so intrinsic to the game experience and composer Starling Tan says she is fascinated by the ways in which that game music can create a world through sound.

‘The emotional aspects of game music are particularly poignant due to their ability to heighten the impact of a story, whether through recurring or transformed leitmotifs, careful selection of instrumentation, or textures, just to name a few. I find that giving a piece of music a purpose in that way, and seeing, or experiencing, how well it’s achieved, is particularly compelling.’

This article originally appeared on ArtsHub.

Dr Diana Carroll is a writer, speaker, and reviewer based in Adelaide. Her work has been published in newspapers and magazines including the Sydney Morning Herald, The Australian, Woman's Day, and B&T. Writing about the arts is one of her great passions.