The Last of Us Part 1 Review – Vivid memories, clear as day

It's an impressive overhaul to an excellent game, but the most memorable aspects were already there a decade ago.
Edmond Tran 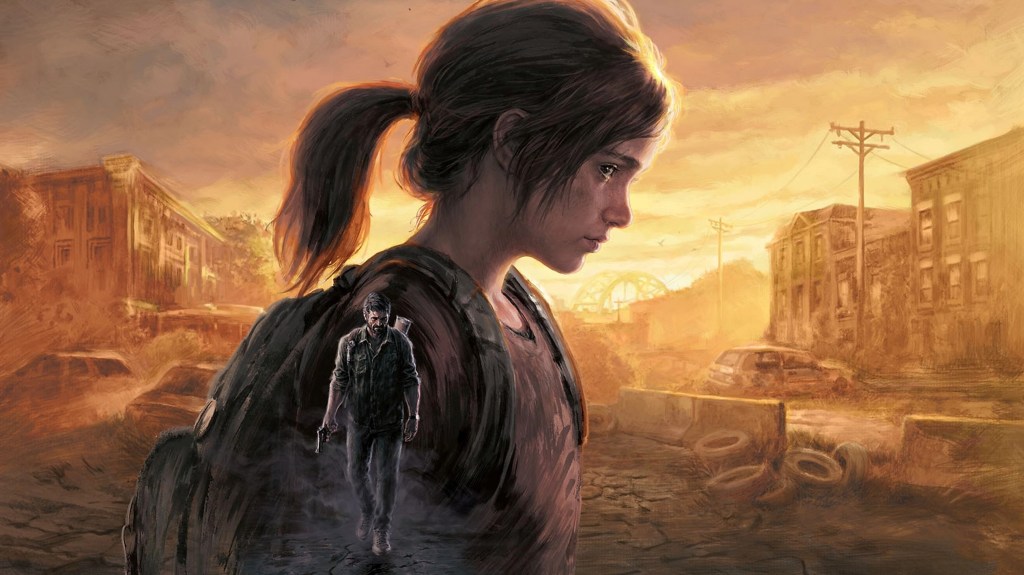 Playing through the original story now, with the knowledge of everything that happens to these characters in Part II, is a weird, emotional experience. It feels like looking back on an old photo album of times long gone. Reliving memories of people and places that are no longer with you.

The only thing is, those memories aren’t fuzzy or seen through rose-tinted lenses. They’re clear as day – in fact, more vibrant and detailed than they were to begin with. Which somehow makes revisiting them all the more heartbreaking. It feels silly to be saying this about completely fictional beings – but these characters made a big impression on me.

The Last of Us Part 1 is a new edition of the beloved game for PlayStation 5 (and eventually, PC) that sees stone-cold survivor Joel tasked with transporting lively tween girl Ellie across a post-apocalyptic United States, as the two endure and survive the environment, work through their trauma together, and forge an incredibly powerful bond throughout the journey. Also included within Part I is Left Behind, the very memorable side story that focuses on the nuanced relationship between Ellie and her close friend, Riley.

Read: All the major video game releases in September 2022

Part I completely rebuilds the models and environments of the 10-year-old game from the ground up, with developer Naughty Dog using current rendering technology – presumably developed through the studio’s interim titles, and far more advanced than what was originally used. The game looks to make the absolute most of the PS5’s technological capabilities, in the same way that the original release made the most of the PS3’s capabilities at the end of its life cycle.

The natural question: Is The Last of Us Part 1 the same game? Essentially, yes. The new versions of The Last of Us and its excellent side story, Left Behind, remain virtually identical in structure and narrative. Small improvements have been made to the combat system, but it retains the same desperate, hefty, and savage feel. It’s a very faithful translation.

The next natural question: Does the overhaul affect the experience in any meaningful way? Well, kind of.

A lot of the time, it can be difficult to tell what’s changed and what hasn’t in Part I without the benefit of a direct side-by-side comparison – even as someone who has played through the game multiple times, and considers themselves very sensitive to the nitty-gritty of computer graphics and video resolutions. ‘This is how it always was, more or less,’ I’d say to myself, unassuredly.

Other times, the decade of technical progress is incredibly pronounced, especially during the game’s cutscenes. During the emotional prologue – which still hits just as hard – tears will stream convincingly, flesh is malleable. In the game’s more heated moments, spittle will fly as characters yell with ferocity. Sweat lingers on the skin. Eyes are that much closer to being lifelike. It all helps to further sell the impact of moments both quiet and tense.

See The Last of Us Part I on OzGameShop

Certain environments are noticeably lusher with foliage – the original game was largely brown and grey – and others are certainly more atmospheric with impressive, naturalistic lighting. Overall, the game appears to have been regraded, recoloured, and rebuilt to make better use of a more varied palette, and a greater capacity for world objects.

But the biggest question is: In another 10 years, will any of these new improvements stand out as defining things I’ll remember about The Last of Us? No, they won’t.

What will continue to stick with me are the performances of Troy Baker and Ashley Johnson as Joel and Ellie. It’s the heartbreaking stories and quiet character moments, especially in Left Behind. It’s those last few lines at the end of the game that land heavy and haunt you with uncertainty.

Everything that I will continue to remember has existed since 2013. The extra sweat, spit and tears make those moments more visceral, but the heart of the game was already there.

When I do inevitably decide to revisit The Last of Us once more in the future, I’ll be pleased that The Last of Us Part 1 exists, though. Aside from the visual overhaul to modernise it for modern systems and screens, the additional improvements to smooth out the experience are welcome. Seemingly improved behaviour for enemies and your companions is exciting – being cleverly flanked from behind is not something I recall in the original, and Ellie no longer foolishly runs full-pelt in plain sight of the enemies during stealth sections – something that amusingly sticks out in the original and remaster.

It’s difficult to fault the existence of Part I especially considering the staggering wealth of new accessibility options, first introduced in The Last of Us Part II, and expanded on in Part I. The video game-enjoying audience has grown greatly in the past decade, and being able to cater to a larger variety of new players at various levels of ability is worthwhile.

Though I don’t typically identify as someone who requires accessibility features, I still found many of the new options very helpful – using the high contrast visual mode to assist in my obsessive desire for collectables, for one, as well as the persistent crosshair option to help stave off occasional bouts of motion sickness. Voiced audio descriptions for the action on screen, as well as the controller rumble mimicking the cadence of speech, also feel like very strong additions to the comprehensive suite.

I don’t like to make assumptions about you as a reader, and your circumstances when you come to play a game, but when talking about a unique project like this, it’s hard not to think about the various audiences who will approach Part I. If you’ve played The Last of Us before, you know what you’re in for, and whether it will resonate with you or not. If you haven’t, it’s an easy recommendation – it’s a landmark cinematic action game that has aged well ten years on, and is worth trying, no matter which version you play.

The Last of Us Part 1 doesn’t create any lasting memories about the experience that weren’t already there from the beginning. For that reason, my thoughts about the game’s existence as a product remain dubious. But as a creative work in and of itself, The Last of Us is still exceptional, and I’m happy to have had reason to experience it again, in a new context and an updated format. Regardless of why Part I exists, when I decide to return to the story of Joel, Ellie, Riley, and the rest once more, I’ll be glad to know that it’ll most likely be as good – perhaps slightly better – as I remember.

The PlayStation 5 version of The Last of Us Part 1 was provided and played for the purposes of this review. GamesHub has affiliate partnerships. These do not influence editorial content. GamesHub may earn a small percentage of commission for products purchased via affiliate links. 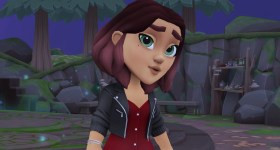 Wylde Flowers is a gorgeous and welcoming life simulator that pairs brilliant performances with a wholesome, unfolding story.