Trek to Yomi is a striking and beautiful interpretation of mid-century samurai cinema, but its fighting mechanics lack a much-needed edge.
Edmond Tran 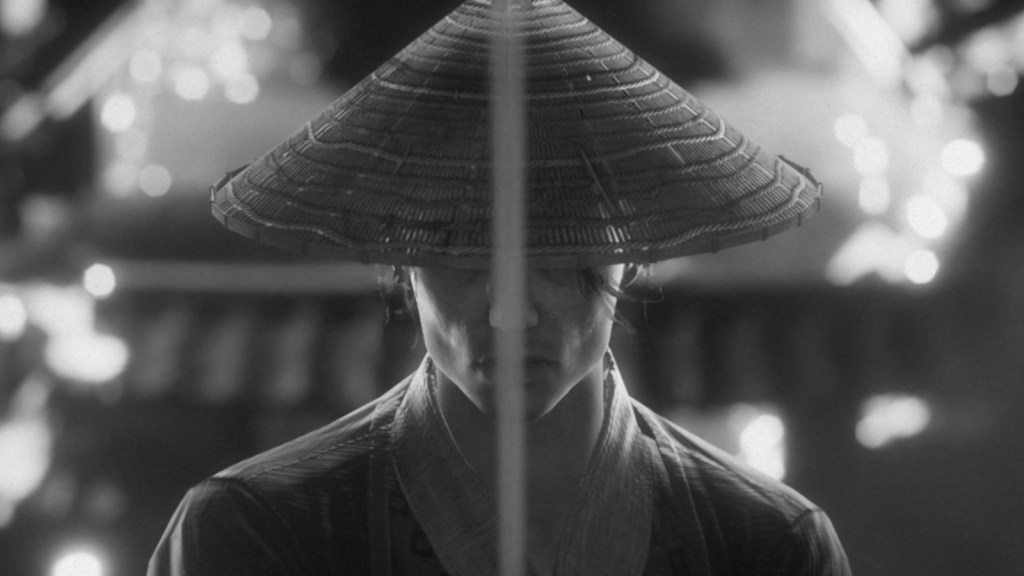 The term ‘chanbara’ is used to refer to a genre of Japanese films that focus on telling tales of samurai during the 17th to 18th century. The works of Akira Kurosawa (Seven Samurai, Yojimbo, etc), Masaki Kobayashi (Harakiri), and Kenji Misumi (Lone Wolf and Cub, Zatoichi) are some of the most well-regarded examples among a slew that have achieved a cult reverence in the West. The developers at Flying Wild Hog are very obviously big admirers, with Trek to Yomi seemingly created to precisely replicate the look and feel of a specific era of Samurai cinema – the black and white films of the 50s and 60s. On a purely aesthetic level, Trek to Yomi is an exceptional piece of work.

It’s a stunning game to watch unfold. As a swordfighting action game that mostly takes place on a 2D plane, Trek to Yomi makes the absolute most of its static, predetermined camera angles, treating each scene as its own lovingly thought-out camera shot, and creating some incredibly beautiful and evocative visuals.

Strong use of light and contrast with the black and white colour palette, as well as smart choices in blocking, depth of field, and movement in the foreground and background of scenes makes you stop, stare, and hit the ‘Take Screenshot’ button in almost every new location. The film grain, audio treatment, and visual flourishes like the changing of film reels only serve to bolster the aesthetic. Trek to Yomi is an incredibly good homage from a team with a sharp collective eye, and a strong sense of style.

Although I hesitate to directly compare one game to another, it’s hard to look at Trek to Yomi’s approach and not think of another recent samurai game: Ghost of Tsushima, developed by Sucker Punch and PlayStation Studios in 2020. Though a beautiful game in its own right, Tsushima’s attempts to echo the same style of Samurai cinema often fell flat – its shot compositions were unremarkable, and an optional, but distinctly named ‘Kurosawa Mode’, which turned the game’s colourful palette into black and white, appeared to be nothing more than a broad-strokes filter that lacked contrast or character, and actively hindered moments of gameplay that demanded colour recognition. Though the scope of the two games are miles apart, to see Trek to Yomi completely achieve a strong and striking chanbara aesthetic, with a presumably much smaller team and budget, is something that deserves recognition.

However, while Trek to Yomi is an audiovisual achievement, the combat system that underlies the games’ endless sword battles doesn’t quite carry the same kind of immediate impact, or stir the same sense of prolonged satisfaction.

Like many combat games, Trek to Yomi’s swordplay hinges around a series of light and heavy attacks, which can be strung together in certain combinations, more of which can be unlocked as you progress through the game’s story. But the satisfaction of more grounded weapon combat games doesn’t come from the joy of being able to attack relentlessly, but rather how strong the defensive mechanics are: guarding, parrying, and counter-attacking.

The most enjoyable tension of a high-stakes weapon fight comes from the moments where neither opponent is doing anything – each waiting for the other to make the move – and the joy comes from being able to correctly anticipate their move and punish them dearly for it.

Trek to Yomi appears to know this. The game’s endless slew of bandits, samurai, and eventually other, less human enemies cannot be effectively dispatched by taking an aggressive approach, even on the game’s regular difficulty. A easily-depleted stamina metre also ensures adherence to the measured ebb and flow of combat. Death comes quickly if you make the wrong move – though checkpoints are generous to help ease any frustration there.

But the implementation of Trek to Yomi’s parry system – which is sure to be the number one go-to for any enjoyer of weapon combat games, due to the risk/reward of its execution demands, accompanied with its opportunities for fatal counter-attacks – is wholly unsatisfying.

Successfully executing a parry in Trek to Yomi results in a brief window where the action slows to a crawl before any swords have even crossed. In theory, this is a clear indicator to mark the moment you can input a counter-attack command. But in practice, it means there is no strong audio or visual feedback cues to immediately inform you that you’ve successfully repelled an enemy’s sword with your own, which results in confusing and unfulfilling action. In short, it feels completely off.

The game clearly wants you to approach combat with a reactionary mindset, and parrying is the quickest and most efficient way of dispatching waves of enemies throughout the entire runtime. But even though the character animations that follow the act look great – there’s one where you run the enemy through, which also acts as a repositioning move – performing the act of parrying in Trek to Yomi never sparked the sharp thrills I would have expected from its high-stakes combat.

Instead of a perfectly-timed button press resulting in an exciting clash of swords, you get a silent slowdown, and it unfortunately gives a floaty feeling to combat that betrays the game’s otherwise grounded and weighty nature. With no strong joys to be garnered from the moment-to-moment combat, the endless encounters left me bored, when I should have been excited to find more unsuspecting fools to toy with.

Trek to Yomi lacks the ‘chan’ in chanbara – which literally refers to the sounds of swords clashing. Despite being an undeniably beautiful piece of work, its identity as a weapon combat game lacks edge. I’m glad I stuck with the game until the end – some of the late-game setpieces are certainly a sight to behold – but I left Trek to Yomi in a hungry search for something else that would give me the inherent satisfaction that comes from feeling the impact and hearing the sound of crossing blades.

The PC version of Trek to Yomi was provided and played for the purposes of this review.