Every DC Comics character that deserves a game adaptation 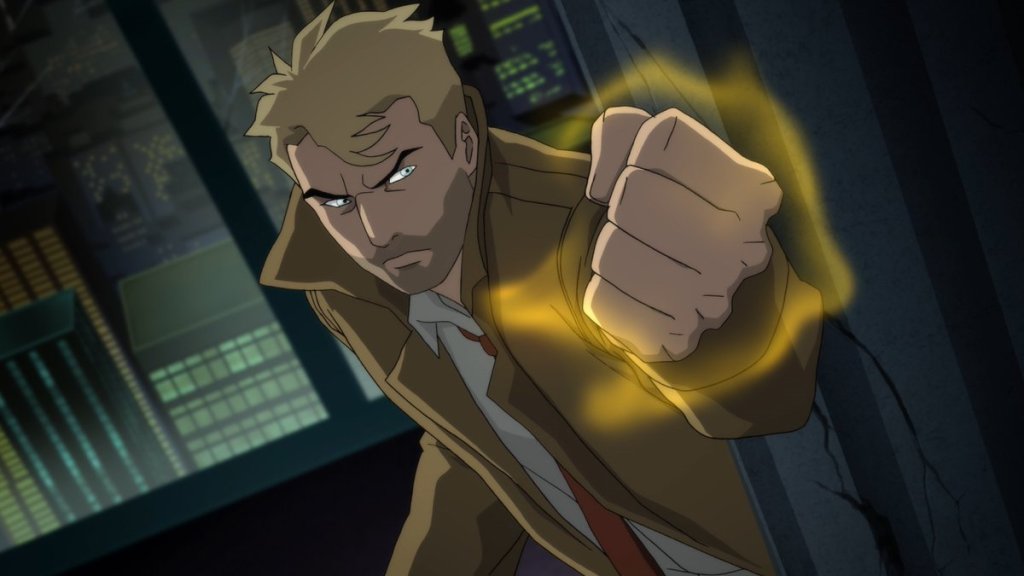 Following news of the completed merger between Warner Bros. and Discovery, it was widely reported that the company wanted to ‘bolster’ the gaming output of DC Comics, with a particular focus on reinvigorating iconic characters like Batman, Superman and Wonder Woman. While each will play a role in upcoming video games – from Suicide Squad: Kill the Justice League to Gotham Knights and the standalone Wonder Woman video game – it appears there are yet more plans for these characters in future.

But should Warner Bros. Discovery really want to mine the depths of DC Comics for new content, there are certainly plenty of other characters worth featuring in video games. The sheer range of characters in DC’s decades-old roster allows for a variety of game types, too – they don’t all need to be open world action-adventures.

With that in mind, these are the DC comic heroes and stories we’d love to see adapted to the world of video games.

Superman: Secret Identity features a lovely meta-narrative about a young teenager named Clark Kent, living in a world where Superman is a fictional DC Comics character. He’s often teased about his namesake, and doesn’t fit in well at school – but one day, he wakes up with all of the powers of Superman, as well as the name. The story follows his trials and tribulations in high school as he works to reckon with these powers, and what they mean in a world without superheroes. It’s often cited as one of the best DC Comics narratives of all time – and for good reason. It’s beautiful, heartfelt, and features one of the most endearing ‘coming of ages’ in comics.

Should Warner Bros. Discovery want to reinvigorate the Superman brand, Secret Identity adapted to a narrative point-and-click game, like Life is Strange, would be an excellent chance to explore a new aspect of the hero’s identity, and to explore what it means to be a hero. It would certainly be a more relatable, grounded adaptation than past Superman games.

John Constantine, the iconic demonologist, exorcist and occasional warlock, has featured heavily in Warner Bros. properties lately, with a number of animated and live action films and TV shows under his belt – but in light of recent blockbuster hit Ghostwire: Tokyo, it now feels like there’s a lot of unused potential for the character in the world of video games.

Picture this: you play as Constantine, surviving in a city that’s slowly falling to ruins. Using your investigation skills, and a number of magic tricks, it’s your job to fight back against packs of demons and reclaim the city. A Ghostwire: Tokyo-style Constantine adventure could take inspiration from City of Demons, one of the fan-favourite comic stories that sees Constantine saving London from twisted magical beings. Throw in some of the action and supernatural elements of The Darkness, and this one could be an absolutely gnarly romp.

Modern audiences were introduced to Black Canary through Arrow, and will likely have pre-conceived notions about who and what kind of hero she is. Really, that’s unfortunate – because while Arrow features an occasionally fun interpretation of Dinah Lance, it never really captured her rockstar spirit. Luckily, that’s where the DC Comics come in. During her fourth comic run, written by Brenden Fletcher and illustrated by Annie Wu, Black Canary was ‘reimagined’ to be a high profile singer in ‘the world’s most dangerous band’ – a moniker that plays into her sonic scream abilities.

While short-lived, it was a punk-ish interpretation of the character that certainly deserved more time in the sun. Beyond her design, her story is just plain cool – and it would certainly work in video game form, particularly if it was inspired by upcoming Australian-made game, Stray Gods: The Roleplaying Musical. Should Dinah ever get to stretch her wings, it should be in a video game that allows her to use her powerful voice effectively. A hybrid video game-musical would certainly make an impact.

Static, aka Virgil Hawkins, is an electricity-powered superhero with some of the flashiest and coolest-looking powers in DC Comics – making him perfect for a screen adaptation. Kids who grew up in the 1990s will fondly remember Hawkins for his appearance in cartoon Static Shock, but he hasn’t yet made a big splash in modern times. This is where video games come in.

Hawkins’ electricity powers could easily be translated into a super-powered open world adventure, in the same fashion as the original Infamous series – which was helmed by the similarly-powered Cole MacGrath. You can do a lot with electricity powers in video games, from stylish combat to streamlined traversal, making an open world the best format to contain the Hawkins charm. Given he works closely with the Teen Titans, they could even make a few cameo appearances to build out a new teen-friendly superhero game universe.

That American Vampire has so far escaped adaptation in any alternative form is extremely strange, given how cinematic, emotional and plain gorgeous its narrative really is – but should Warner Bros. Discovery wish to dig deep into DC Comics lore, this is certainly a story worth telling. The first volume of this series, set in the Wild West, follows vampire Skinner Sweet on his cat-and-mouse chase with Hollywood darling Pearl Jones, who is turned into a vampire following a nasty encounter with Sweet. What follows is a decades-spanning journey that continues across a hundred years as the vampires continue their feud.

The sheer scale of American Vampire means that select storylines would need to be adapted for a video game – but its opening chapter in the Wild West feels perfect for adaptation – and could even take inspiration from other vampire-themed supernatural hits like Darkwatch. While the focus should certainly be on narrative, the vampiric abilities of Pearl and Skinner would make for some gory and very fun combat. A balance of the two elements would make for a worthy interpretation of this epic story.

DC’s Hitman is another baffling comic series that deserves adaptation, but has so far gone without for reasons that are unclear. In this superhero crime drama, Tommy Monaghan (aka Hitman) is a super-powered assassin who hunts down super-powered villains, using his x-ray vision and low-level mind-reading powers to surprise his enemies. These ‘extra senses’ make him the perfect killer, and help him in encounters with otherworldly aliens, mob bosses and fish people.

Unfortunately, there is already a well-known and iconic game series named Hitman out there but if anything, this proves just how well Monaghan’s story would work within the confines of a video game. Should an adaptation of DC’s Hitman ever go ahead, it could function similarly to IO Interactive’s Hitman – but with flashy powers, and supervillains as targets. X-ray has become a common video game trope, so it wouldn’t feel out of place here – and mind-reading would certainly come in handy during Hitman-like scenarios. Should these mechanics be implemented well, a Monaghan-Hitman game adaptation would be a real revelation.

Animal Man, aka Buddy Baker, is one of DC Comics’ most disturbing heroes – depending on which writer is guiding his adventures. This stems from his main ability – to mimic the powers of any animal on Earth, including Eldritch horrors. Baker’s connection to nature means he can channel anything – and while his level of power has wildly fluctuated over the years, even at his weakest he would make for an excellent open world adventure protagonist.

He could operate within the realms of a world like Assassin’s Creed quite easily, with open plains allowing him to literally spread his wings and roam the Earth using animal speed, and quieter city locales letting him demonstrate his combat prowess against deadly villains. Add in a touch of simulator game Everything, and Baker could make for an excellent multi-layered, multi-powered protagonist that bridges the gap between nature and the real world. For mainstream appeal, some of the more horrifying aspects of his powers may need to be dulled – but even without his horror roots, Baker is still a fascinating character worth adapting.

Cassandra Cain has actually debuted on the big screen for Warner Bros. already – but the ‘street kid’ interpretation of the character seen in Birds of Prey hardly does justice to the character’s bad arse origin story and abilities in the comics. The real Cassandra Cain, who is currently fighting crime as Batgirl, started as a wayward assassin in the Batman comics, who eventually turns on her masters and joins the ‘Batfamily’. She briefly operated as a deadly fighter known as Orphan, but no matter her moniker, she always fights on the side of good.

Should she ever be considered to appear in a video game, a Dishonored-style stealth adventure feels perfect for her skillset. Explorations of Gotham in the Arkham series and other video games have typically utilised action-adventure gameplay – but seeing the darker side of Gotham in first person could be a real treat. This adaptation would be a chance to see the world of DC Comics from a whole new, gritty perspective.

Green Lantern: Renegade (inspired by Marvel’s Guardians of the Galaxy)

Green Lantern: Renegade is a relatively new storyline, having spun out of the Green Lantern comics in 2016 – but it’s also one of the most fascinating explorations of hero Hal Jordan in many years. This story follows Jordan as he’s cast out of the Lantern Corps and sent on an ‘outlaw’ adventure. Rather than a near-omnipotent power ring, Jordan only has access to a prototype gauntlet and power pack in this run, limiting his capabilities, but amping up his power and creativity.

This makes for some very intriguing encounters as Jordan jumps through space, makes new friends and enemies, and contends with the unknown power of his prototype weapons. Should Hal Jordan’s Renegade run ever be adapted to the world of video games, it should take inspiration from space-faring adventure, Marvel’s Guardians of the Galaxy. Both stories share beautiful planets, plenty of alien buddies, and lots of action – making the recent GotG adaptation a good blueprint for a future Green Lantern story.

What DC Comics heroes or villains would you love to see enter the world of video games? Disagree with any of our picks? Join the conversation on Twitter and Facebook.