Marvel and DC are set to conquer the world of video games in 2022 and beyond.
Leah J. Williams 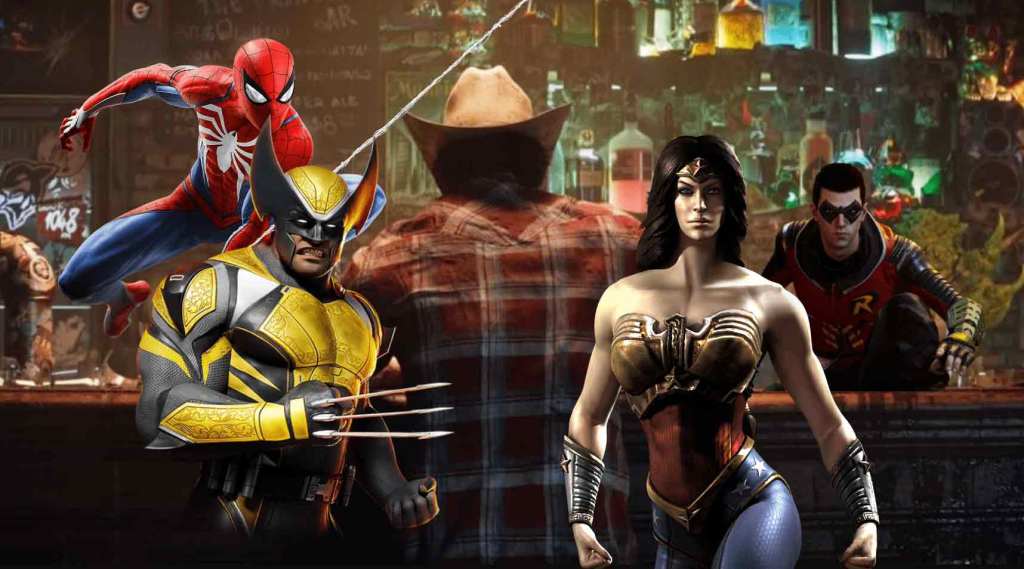 Comic books are done conquering the box office; they’ve succeeded. Now they’re turning their attention back to video games, long after the halycon days of the ‘comic book tie-in’ ended. With original titles like Marvel’s Guardians of the Galaxy and Marvel’s Spider-Man garnering critical acclaim, the stage is set for grand debuts as 2022 kicks off a massive few years in Marvel and DC comic book video game adaptations.

Unlike the past, these properties are no longer tie-ins guided by the marketing departments of film studios and hampered by the need for the likenesses of big-name actors. Instead, they’re fully-fledged, reimagined worlds inspired by comic books and their themes. The mythos of Marvel and DC has expanded beyond the pages, and beyond the movie screen, to become something entirely new, unbound by expectations and dense lore.

Those looking for simple, fun, adventurous and creative superhero stories without the baggage of 30+ films or TV shows will likely find something to love in the upcoming wave of Marvel and DC video games. Here’s everything major on the way.

Marvel’s Midnight Suns is a tactical RPG set to spotlight an unlikely group of heroes: the Midnight Sons (spelled Suns here). The Midnight Sons were a team of ‘grungy’ late 90s supernatural heroes who teamed up to fight evil demons like Lilith, the mother of all demons. It appears this game will feature Lilith, however, the team’s lineup is wildly different.

Here, you’ll be able to pit characters like Iron Man, Captain America, Captain Marvel and Wolverine against supernatural forces via card-based combat. You’ll be able to pick and choose your dream team, work on your relationships, build your abilities, and face down terrifying hordes. It’s unusual for Marvel video games or films to explore the supernatural, so this should be a very interesting experiment.

Gotham Knights, a title heavily inspired by both Rocksteady’s Arkham franchise and Scott Snyder’s comic run on Batman, is still a bit of a mystery. While we’ve seen trailers that reveal more about the DC game’s world and its cast of characters, the continuity and gameplay are less clear. It appears that while the game is tonally inspired by the Arkham games, it’s not actually part of this continuity – and instead, it will carve out its own identity with redesigned combat and exploration.

The ability to play with two players in co-op also marks the game out as very unique. Typically, Batman games have featured a central, solitary protagonist. This go around, you’ll be able to take a friend with you, as either Red Hood, Robin (Tim Drake), Nightwing, or Batgirl (Barbara Gordon). You’ll likely need this backup to contend with the game’s sinister villains: the deadly Court of Owls.

Suicide Squad: Kill the Justice League is the third iteration of the Suicide Squad we’ve seen since 2016 – but it also looks like the wildest version of the bunch. In this third-person action game, you’ll join King Shark, Harley Quinn, Captain Boomerang and Deadshot on a mission to defeat iconic Superman villain Brainiac. There is one problem, though: Brainiac has managed to brainwash the Justice League, and now you have to kill them all.

Strangely enough, this adventure is reportedly part of the Arkham continuity. So while Gotham Knights appears to be a sequel and isn’t, Suicide Squad will actually continue the story threads laid out in Rocksteady’s iconic franchise. The game’s ties to the Arkhamverse hasn’t been made particularly clear in marketing, but interviews have confirmed its place in the series.

While MultiVersus isn’t technically a DC video game, appearances from Wonder Woman, Batman and Harley Quinn are enough to justify its inclusion on this list. MultiVersus is a lighthearted platform fighting game where you’ll play as a number of iconic WB-owned characters including heroes from DC Comics, and shows like Adventure Time, Scooby-Doo and Steven Universe. Heck, even Gandalf from The Lord of the Rings has joined the battle.

It feels like an idea that’s too wacky to be true, but MultiVersus is real, it’s coming in 2022, and it will be free to play for everyone on all consoles. Here, you’ll be able to pit Batman against a hyper-powered Shaggy, or even send him up against Bugs Bunny – or Tom & Jerry. It’s incredibly weird, but it also looks very fun. It’s mind-boggling to think it exists, but we’re very glad it does.

Marvel’s Spider-Man redefined what comic book video games could be when it launched in 2018. Audiences that had been burned by a number of lacklustre tie-ins and attempts to make Marvel video games work were extremely doubtful about the game, and lowered their expectations accordingly. But whatever expectations people had, they were swiftly blown out of the water by a game that was sleek and beautifully designed, with a cast of wonderful, relatable characters.

The game’s midquel, Miles Morales, achieved similarly high praise, with its graphics, characters and story being particular highlights. But this game was just a teaser for what’s to come – and 2023’s Spider-Man 2 will likely continue to defy expectations. So far, we’ve seen early glimpses at Peter and Miles in the game, and also a very juicy glimpse at Venom, who’ll be joining the crew in this adventure from Insomniac Games.

We’re at least two years out from this sequel, but it’s still one of the most anticipated Marvel games to come.

Speaking of anticipated games, Marvel’s Wolverine nearly eclipses Marvel’s Spider-Man 2 as the most intriguing Marvel game on the menu – with the enthusiasm only dampened somewhat because there’s been no actual look at gameplay footage just yet, let along a release date or any more details. All we know so far is that Marvel’s Wolverine is currently in development at Insomniac Games (who are also working on Spider-Man 2) and that it looks to be a PlayStation 5 exclusive.

Beyond that, it’s all a mystery – but a very exciting one. Wolverine is one of Marvel’s best characters, and while there have been several movies exploring his origins and abilities, arguably none have really touched on the depth of his story. A video game adaptation has the potential to right this wrong, and reintroduce players to the character in a more personal and interesting way. We don’t expect to hear more about this game until after Marvel’s Spider-Man 2, but any news looks set to be worth the wait.

Warner Bros. and Monolith announced a solo Wonder Woman game amongst a slew of other projects at The Game Awards 2021 – and while it has largely flown under the radar, there are plenty of reasons to sit up and pay attention to this upcoming DC game. It’s described as an ‘open world action-adventure’ for one, and if you’re familiar with the Wonder Woman mythos you’ll know this likely means the gorgeous world of Themyscira will feature heavily.

According to the WB Games YouTube, this Wonder Woman adventure will see Diana attempting to unite the Amazons and humans in a race to protect the modern world. It’ll also feature the Nemesis System (made popular in the Middle-Earth franchise) so Diana can forge deeper rivalries with her enemies as she progresses through hostile lands. As the ultimate fighter, Wonder Woman should make the perfect video game protagonist.

The Wolf Among Us 2

The Wolf Among Us 2 is based on Vertigo comic series Fables, which is a DC property – so while it’s not typically considered a DC video game, it really should be. This upcoming sequel, developed by the ‘new’ version of the Telltale Games studio, is reportedly set just six months after the original, highly-acclaimed title. Other than that, all we know is that it takes place during winter, and that it’ll spotlight New York.

The game is currently in full production, with a finalised script and mocap underway. Arguably, the game’s 2019 reveal at The Game Awards was a bit too soon given how far away a full reveal seems, but all that means is expectations are sky high for this sequel.

While some titles set for 2022 may slip into the 2023 window, it’s clear that comic book video games are entering their strongest era yet. There’s plenty of excitement on the way, and an impressive number of Marvel and DC games every fan should keep an eye on in future.