A Wonder Woman game has been revealed at The Game Awards 2021, developed by Monolith Productions.
Edmond Tran 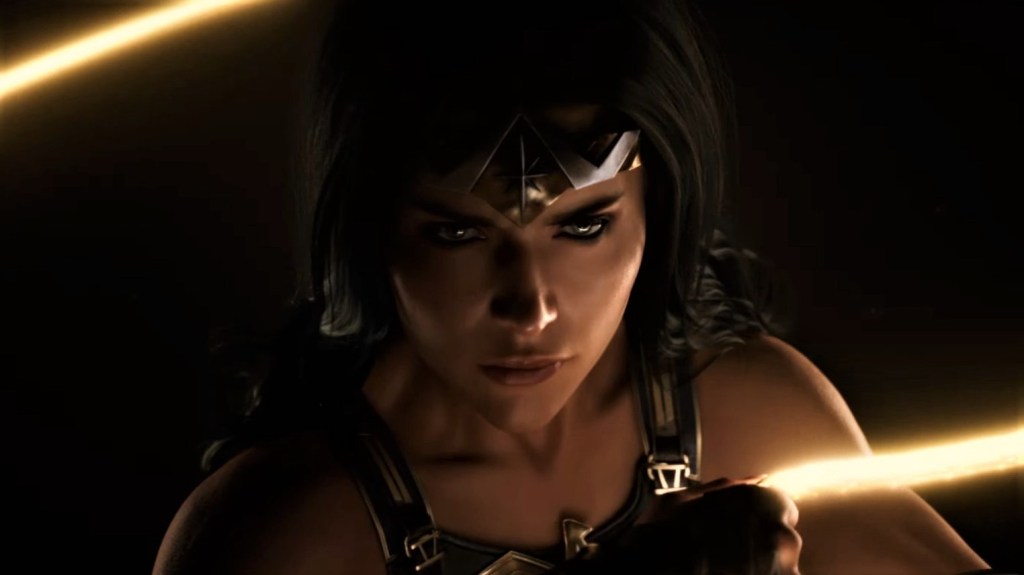 A Wonder Woman game has been revealed at The Game Awards 2021, developed by Monolith Productions (Shadow of Mordor).

A very brief CG trailer showcased the design of the character. The voiceover remarks that ‘a new threat has come to our shores’ and asks to ‘restore what has been broken’. This suggests that the game could take place in the character’s home nation of Themyscira.

‘Unite old enemies’ and ‘forge new bonds’, the voiceover continues. ‘You are a hero, but you could be more.’ A tweet from Monolith suggests that Wonder Woman will ‘fight to unite the warriors of two worlds.’

Elsewhere at The Game Awards 2021, Warner Bros. Games revealed a new trailer for Suicide Squad: Kill The Justice League. That game features four-player cooperative action with the likes of Harley Quinn, Captain Boomerang, King Shark, and Deadshot taking on the usual heroes of the DC Universe. The new trailer shown at the event featured a first look at The Flash.

Other major video game adaptations on the Warner Bros. Games slate include Gotham City Knights, from their WB Games Montreal, as well as Hogwart’s Legacy, an open-world game based in the Harry Potter universe from Avalance Studios.