The name change was ushered in with a trailer that showed off brand new gameplay.
Leah J. Williams 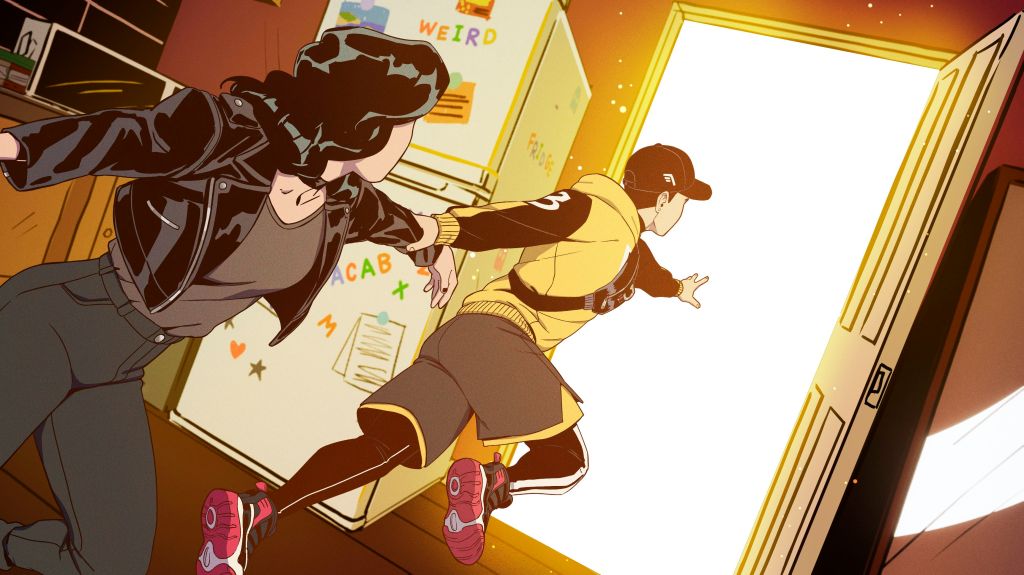 Summerfall Studios’ debut title Chorus: An Adventure Musical has undergone a name change, and will now be known as Stray Gods: The Roleplaying Musical. The news arrives as Summerfall announces a new partnership with Humble Games, which will help publish the game going forward.

‘We’ve been following the journey of the incredibly talented team at Summerfall Studios for a while now and we’re absolutely thrilled to partner with them to help take Stray Gods: The Roleplaying Musical over the finish line and put it into the hands of fans all over the globe,’ said Mark Nash, Vice President of Humbles Games Global Publishing in a press release.

‘Stray Gods is a unique and innovative experience that blends a theatrical musical with a branching RPG narrative, and ultimately personifies exactly the type of games that Humble Games wants to bring into the world.’

The Australian-made game is led by Liam Esler, Summerfall Studios Managing Director, and David Gaider, Creative Director and former lead writer on the Dragon Age series. Both have been hard at work over the last 2.5 years building out the game’s unique narrative and characters.

‘Humble immediately understood what we were doing with Stray Gods and knew it was something special from the outset,’ Esler said.

In the game’s hybrid musical-roleplaying adventure tale, you’ll play as Grace, a young woman who becomes entangled in the world of Gods after being handed a gift by the Last Muse of ancient Greek mythology. In her journey, she’ll discover a hidden world of loyalty and betrayal, while surviving a deadly realm filled with monsters and magic.

While the game started life as Chorus, the release of a similarly-titled game in December 2021 allowed the team to rethink exactly what direction they wanted their unique story to go.

‘There were many reasons why we wanted to change the name. But the primary motivation was that as the project grew past what we’d originally envisioned, we felt it needed a fresh new name that better fits the game’s tone and themes,’ explained Elie Young, Summerfall Studios Executive Producer.

‘We realised what we were making was less of an adventure game, and much more of a roleplaying game – not an ‘RPG’ in the mainstream sense, but a game truly predicated on roleplaying choices, in dialog and in song. We feel that Stray Gods: The Roleplaying Musical is a much better reflection of what we’re making and where we want Summerfall Studios to head in the future.’

You can check out the newly-retitled game’s first major teaser trailer below:

Stray Gods: The Roleplaying Musical is currently undated, but you can wishlist the game on Steam to stay tuned to future updates, or head to the Summerfall Studios website to learn more.