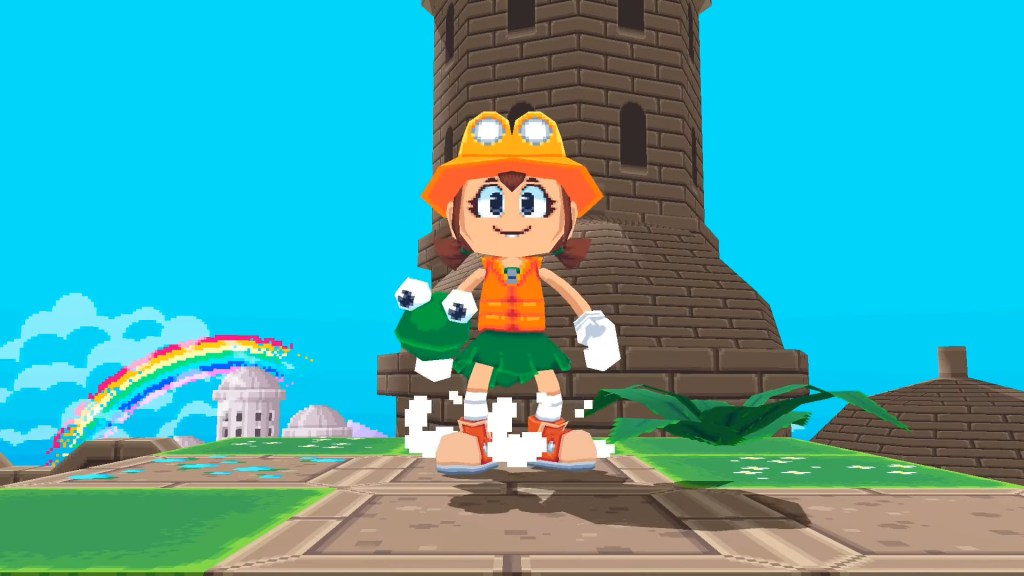 Indie games got a shining spotlight during Summer Game Fest 2022 – although with so many excellent showcases, many of them occurring at all hours of the morning, it was extremely difficult to catch everything. As a result, many smaller games slipped through the cracks, despite impressive trailers and gorgeous gameplay. While we can’t shout out every game of the hundreds revealed, there are plenty of titles that deserve extra recognition as we wrap up our Summer Game Fest coverage.

These are seven of the most underrated game trailers from Summer Game Fest 2022.

Frogun, from Top Hat Studios and Molegato, was revealed during the Wholesome Direct 2022 – and it deserved every minute in the spotlight. This 3D platformer is inspired by the weird, fun games of the 1990s, with Nintendo 64 game Chameleon Twist looking to be a primary inspiration.

In this gorgeous, colourful adventure, players travel mystical ruins and landscapes by shooting their ‘frogun’ – a sticky-tongued gun that allows protagonist Renata to attach to any surface. By running, jumping, and using the Frogun, Renata jumps through obstacle courses, across crevasses, and through crumbling scenery, collecting coins as she goes.

The action here looks very slick, and should bring a touch of nostalgic glee to players familiar with the early 3D platforming scene. Frogun is set to launch in Winter 2022 (Southern Hemisphere).

The Australian-developed farm simulator Dinkum made an appearance during IGN’s Summer of Gaming showcase, and the new trailer showed off exactly why everyone should be excited about this adventure. While the farm simulator market is currently flooded with entries, the unique hook of Dinkum is that it’s directly inspired by Australian culture, with players able to nurture Aussie plants, look after native Aussie creatures, and explore a rural outback town.

The theming not only gives the game a real sense of personality, it also effectively shows off the beauty of Australian culture in video game form. Australians have made a massive impact on the video games scene lately, and this title looks to continue that streak, while (hopefully) educating players about local culture.

Gameplay in Dinkum looks a lot like Animal Crossing, with the Aussie twist marking it out as unique. The game launches on 14 July 2022.

Paradise Marsh stands out for a number of reasons, and most of these are to do with the game’s adorable, colourful art style. In this adventure, you play as an explorer journeying through a wetland marsh in search of creatures, poems, and peace. In your journey, you’ll walk through idyllic locales populated by cutesy creatures like beetles, dragonflies and frogs, all of which you can catch and befriend.

Along your adventure, you’ll also help solve a strange mystery, with all the stars in Paradise Marsh having fallen on one fateful night. You’ll replenish the sky, help creatures, discover gorgeous poems, and relax in this quest-based tale.

With themes of melancholy, grief, and happiness, this game looks set to take players on a warm and wholesome ride when it launches in future for Xbox, Steam and Nintendo Switch. There is no firm release date yet.

Also putting in an appearance during Summer Game Fest was Cassette Beasts, a riff on Pokemon that seems to go far beyond ‘clone’ status. This title utilises 2D-3D exploration in the same way that the Pokemon X/Y generation did, with open plains filled to the brim with creatures to discover, and people to befriend. The artwork is particularly nifty, and perfectly brings back that nostalgic pixel art style Pokemon fans will be familiar with.

There’s new creatures to collect in this game, and also very unique twists, with the real ‘hook’ of the game being a creature fusion system that allows players to combine their Cassette Beasts for new and more powerful attacks. The lore of the game also differs a lot from traditional Pokemon games, with players actually becoming the beasts they fight with – and capturing them by ‘recording’ them on tape.

Cassette Beasts has the potential to be a real gem, and while its inspirations are obvious, there was plenty in the game’s latest trailer to suggest it’ll go far beyond being a simple ‘Pokemon-like’. Cassette Beasts does not currently have a release date.

A Walk With Yiayia

A Walk With Yiayia is a gorgeous black-and-white narrative adventure starring a young man taking his Greek grandmother (yiayia) for a walk after she has a fall, and loses her confidence in her abilities. For anyone who’s looked after a grandparent, this title looks like it’ll be deeply impactful – and tell a relatable story about growing old, and how generations can be bridged through simple conversations.

Video games are for telling deep stories – whether they’re personal, imaginative, or somewhere in between. This title, developed by Trent Garlipp, looks to be a very intimate and thoughtful journey, and one with something very important to say.

While it also looks like it’ll be a little bit emotionally devastating, the beauty of this narrative really shone through in its brief and effective trailer. A Walk With Yiayia does not currently have a release date.

Super Zoo Story is a management-slash-life-simulator where you play a zoo keeper – but its gameplay is closer to Stardew Valley than RollerCoaster Tycoon. You play the head keeper in this adventure, and roam around an open world completing various tasks to keep your zoo running – including feeding and petting creatures, and chatting with your neighbours. The pixel art style here is very reminiscent of Stardew – but between colourful items, objects, characters and locales, it also looks like its own game.

Mini zoo simulators like Let’s Build a Zoo have gained immense popularity over the last few years, but Super Zoo Story looks like it’ll expand on traditional formulas with active gameplay and exploration that allows plenty of freedom and choice for players.

Super Zoo Story has been in the works for quite some time (and was recently redesigned following criticism for allegedly ‘copying’ Stardew Valley) but we’ll have to wait a bit longer to see it. Super Zoo Story launches in 2023.

Kaichu: The Kaiju Dating Sim looks to be a tongue-in-cheek dating simulator that allows players to romance a number of furry, fluffy, ginormous creatures with romantic advances all playing out in scenery-destroying conversations. Romance a three-headed beast in London! If the Statue of Liberty gets in the way of your flirting, just knock it down. You can even romance the elegant Megaricus between the sails of the Sydney Opera House.

Every conversation looks like a literal blast, with monsters that vibe tearing down modern landmarks across the globe. The whole thing plays out in a cutesy and colourful art style that makes the sheer terror and destruction at hand look like a delightful walk through the park.

This ingenious dating simulator sparkles with personality, and it should be a delightful romp when it launches in future. The game is currently set to launch in Winter 2022 (Southern Hemisphere), although a firm date is not currently in place.