Nintendo is pushing online play with Switch Sports and Splatoon 3

The online multiplayer focus of Nintendo Switch Sports is part of a grander strategy to get people to subscribe to Nintendo's online service.
Edmond Tran 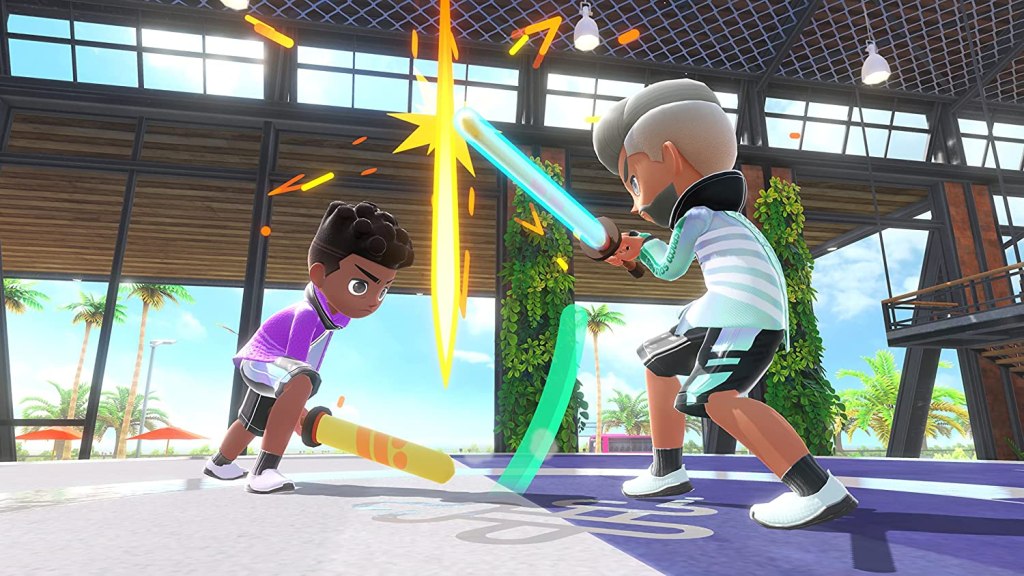 Nintendo is making a concerted effort to push its 100-million strong Switch player base into its online multiplayer ecosystem. The sentiment was revealed during an investor feedback session following the release of Nintendo’s 2021-2022 yearly financial results.

As reported by VGC, Nintendo President Shuntaro Furukawa remarked that the company intends to continue promoting the recently released Nintendo Switch Sports and the upcoming Splatoon 3 ‘for a long time’ throughout the year, and use these titles to ‘convey the appeal of playing online to new customers who are buying new hardware.

‘In addition to Nintendo Switch Sports, we are also planning to launch Splatoon 3 in the current fiscal year, both of which we believe will be fun to play online. We intend to promote these titles for a long time throughout the year and convey the appeal of playing online to new customers who are buying new hardware.’

While Furukawa made the comment that Nintendo Switch Sports was being purchased mainly by ‘customers in their mid-20s who used to play Wii Sports and Wii Sports Resort‘ in the West, and was popular with people of all ages in Japan, it’s clear that the ambitions of the series have evolved beyond the local play of its predecessors.

As we discovered in our Nintendo Switch Sports review, much of the game hinges around its online multiplayer mode, which sports a progression system to unlock character customisation options, as well as a ranked ladder league for each event.

For the upcoming third-person ink shooter Splatoon 3, even though the game sports a single-player campaign, the series has always centred on team-based competitive multiplayer.

Of course, the ultimate goal of pushing players into online multiplayer games on the Switch is to contribute to Nintendo’s bottom line.

To use the online functionality of Nintendo Switch games, users need to sign up for Nintendo Switch Online, a tiered subscription service that allows online play, exclusive games, and access to a library of classic games from the company’s history. It costs US $4 per month (AU $6), or US $20 per year (AU $30).

For an additional fee, the Nintendo Switch Online Expansion Pack allows access to even more classic games, as well as access to expansion content like Animal Crossing: Happy Home Paradise and the Mario Kart 8 Deluxe – Booster Course Pass DLC. This tier bumps the yearly subscription cost to US $50 (AU $60).

While Nintendo is still performing admirably with their massive footprint in the market, the company reports that the ongoing chip shortage will result in a continuing decline in Nintendo Switch console sales. As such, it’s likely going to lean on strategies like this online push to balance out its revenue game.