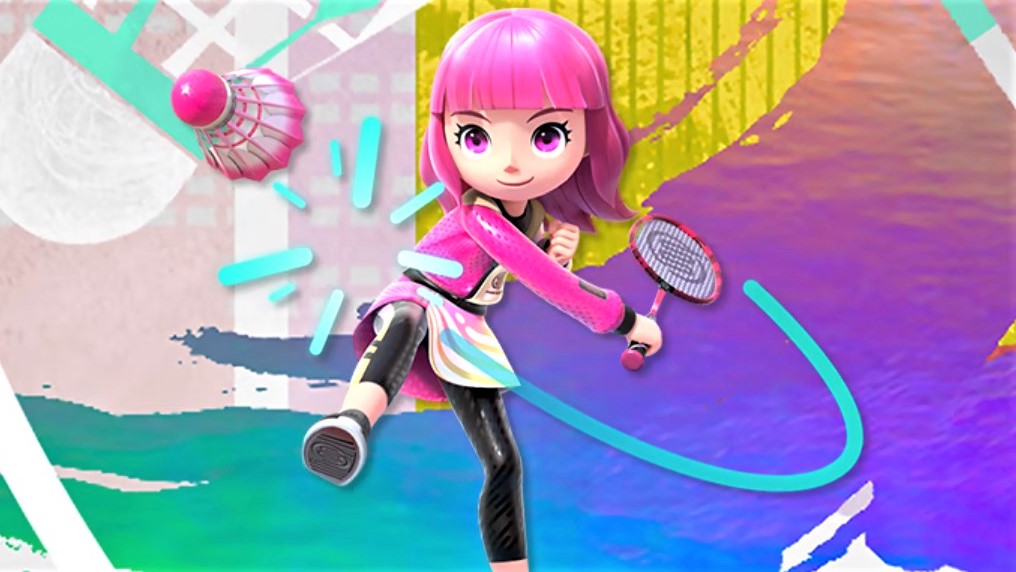 When it comes to one-on-one competitive multiplayer games, the most exhilarating part is feeling like you’re going toe-to-toe with someone who is your exact equal – the same level of skill, the same abilities, a completely level playing field. A match between comparable opponents typically ceases to become a battle of ability, instead becoming one all about wits. It’s usually an experience reserved for people competing at the highest tiers of competition. For certain types of games or sports, reaching that skill ceiling can take years. But when you play Nintendo Switch Sports online, you can get that experience very quickly, and in thrilling fashion.

As the successor to Nintendo’s culturally momentous Wii Sports, Nintendo Switch Sports adopts now-uncommon physical motion controls, utilising the detachable Joy-Con controllers on the Switch to play streamlined versions of six different sporting events. These include Tennis, Bowling, Badminton, Volleyball, Soccer, and kendo/sumo hybrid event called Chambara. With Joy-Con in hand, a logical variety of swings, twists, and thrusts are all that’s needed to participate and succeed at any sport. It’s what you’d call ‘easy to learn, easy to master’.

But unlike Wii Sports, the big difference with Nintendo Switch Sports is that the game hinges around an online multiplayer mode. Local play with optional friends and family is possible, of course, but with the online mode housing time-limited progression incentives (the only way to earn character customisation options) and a full ranking ladder, as well as a skill-based matchmaking system for each individual event, it’s clear that Nintendo Switch Sports is designed to be more than just a party game.

Play any individual sport online enough times against randomly-chosen individuals, and Nintendo Switch Sports will automatically graduate you into the associated Pro League, with the option to opt-out if you just want casual competition. Beginning at Rank E, every subsequent victory will cause you to rise through the ranks (and fall at every loss) until you reach Rank A, which graduates you into a more prestigious and specifically-defined ranking system.

While intimidating, the true joy of participating in the Nintendo Switch Sports ranked multiplayer is making sure you’re almost always going up against opponents who are of a similar skill level to yourself. The result is plenty of tough matchups, which almost always result in very close, tense games.

Far from being a limiting factor, the approachability and straightforward control scheme of Nintendo Switch Sports is what helps to provide this wealth of worthy opponents. In Tennis, for example, when all you have to worry about is the direction and timing of your swing, you begin to pick up on the nuances faster – spins, feints, etc. – and can then start using that firm grasp of techniques to begin thinking about all the ways to outsmart an equal opponent who has also reached that level of mastery with the game.

After 1.5 weeks of rising into the Pro Leagues in every sport, and passing the initial ranking pools, I found that I rarely had an online match where I suffered or benefited from a lopsided matchup, and every major victory or loss I received always felt like it was due to a collection of smart plays I couldn’t help but respect, rather than someone struggling to correctly execute a return hit in Badminton, or block properly in Chambara.

It helps that each of the six events in Nintendo Switch Sports all have a satisfying degree of space for player creativity and tricks, despite character movement largely being automatic.

I do not play Badminton.

Badminton is the most exciting sport for me at the time of writing – it’s the sport where mind games are at their most frantic, requiring quick reactions from both parties in order to properly respond to a move, and set up appropriate strategy. Badminton’s small court means a return shot is virtually always within reach, so it turns it into more of a tricky game of reading your opponent’s intentions, and trying to fatigue and misguide them during very long rallys of regular shots, fast smashes, and dropshots as you try and bait them into making a mistake.

Despite its similarities to Badminton, the large, varied courts of Tennis makesthe sport more measured and focused on your ability to send the ball to specific locations on the court, with great nuance allowed by changing the timings of your swings. The X factor which makes Tennis really interesting is that it’s always played in doubles, with solo players controlling the swings of two avatars at once, providing a trump card for quick surprise returns or complete misses, depending on your planning and timing.

Chambara is one of the most intense events in Nintendo Switch Sports, pitting you in a swordfight on a floating platform, where only a few clean hits result in a fall. As with any good sword fighting game, the focus is on reading your opponent and successfully parrying an attack, as a successful defence will result in a dizzy state for the attacker. Chambara’s motion controls are the most closely tied to the actual positioning of your JoyCons, and together with the option for three different sword types – including dual wielding swords – every Chambara match feels full of free-form possibilities.

Two-on-two volleyball and four-on-four soccer events are somewhat less consistently satisfying, largely due to the team-based nature of the sports, and the fact that sometimes your victories or losses feel out of your control. That said, Soccer is perhaps the most involved event in Nintendo Switch Sports, giving you full movement of your character on the pitch with one Joy-Con, and a range of different kicking techniques with the other. If you and your partner are attuned, Volleyball can evoke the same kind of exciting net game tension as Badminton, but with stricter timing on ball-control techniques, and the demands for good teamwork amplifying the elation of a perfectly executed setup.

Perhaps the least engaging sport in terms of the online Pro Leagues is Bowling, which is a very individualistic sport by nature. When playing online, the tension is manufactured by way of the event being a 16-person knockout tournament, where the poorest-performing players are eliminated every three frames. It does put an imperative on you to try and perform at your peak, but it also causes a lot of downtime as you wait for your competitors to finish. Because it’s not a head-to-head sport, the best and most consistent bowlers will always come out on top, and often tie, when all is said and done.

But outside of the Pro League modes of Nintendo Switch Sports, bowling is perhaps the most pleasant to play with a group of friends on a weekend evening over a bottle of wine. Not just because of the turn-taking allowing for casual conversation, but for the very pleasant and unintrusive ambience of the mode – the jazzy musack echoing in the background throughout the bowling alley, and the attractive architecture of the sports facilities, as well as the colour palette and art direction. The contemporary and grounded aesthetic of Nintendo Switch Sports suits the tone for casual play as much as it does for serious competition, which makes it a very inviting place to keep returning to.

Where Wii Sports began to lose its grip on you the moment no-one was available to share the joy with, the online and enthusiast-focussed nature of Nintendo Switch Sports is a very good incentive to keep coming back. Even after earning all of the cosmetic offerings on offer for the week, Nintendo Switch Sports continues to be an enticing outlet any time I feel like experiencing the highs of close, edge-of-your-seat competition against another human being.

A copy of Nintendo Switch Sports was provided and played for the purposes of this review.