Details of a Polynesian-themed follow-up to Ubisoft Quebec's open-world adventure game have surfaced via an industry insider.
Edmond Tran 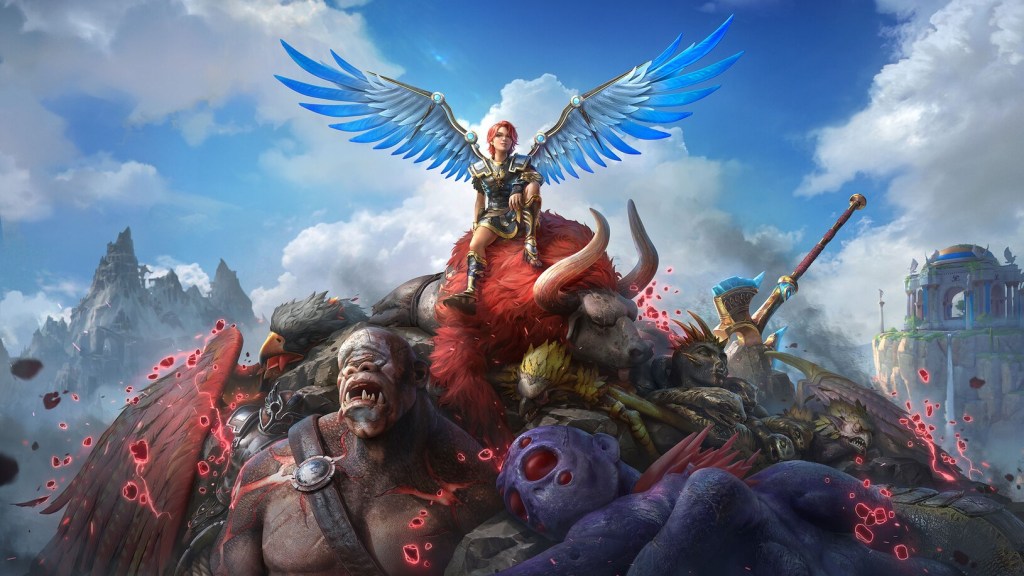 A follow-up to Ubisoft’s open-world action-adventure game Immortals Fenyx Rising is supposedly on the way, according to reporter Jeff Grubb. However, where the original game was based on Greek mythology, the next game will supposedly be themed around Hawaiian-Polynesian culture.

Grubb quoted this information directly from his source on the Games Mess Decides Podcast. Grubb himself is known for consistently sharing accurate inside knowledge.

He states: ‘Ubisoft Quebec’s sequel to Immortals Fenyx Rising is not a proper sequel, it’s more of a spin-off in the same way. The production name of the game is called “Oxygen”, you’re a hero – a guy or a girl because Ubisoft – it’s based on the Hawaiian Polynesian culture this time around’

‘Still have a God narrator, they tried to still be visually stylised, but less of a copy of Breath of the Wild. They talk about a “visual reboot”. It’s in early pre-production, seen some concept art, it’s coming maybe 2025′.

Immortals Fenyx Rising was developed and released in the wake of The Legend of Zelda: Breath of the Wild, attempting to recreate Zelda’s unique approach to a wide open-world game created with freedom of choice in mind.

Originally known as Gods and Monsters, it attempted to make the Breath of the Wild style of game less demanding, introducing familiar systems that were in line with some of the publisher’s other titles. It seems like the follow-up will carve its own unique path, however.

The sales performance of Immortals Fenyx Rising was reportedly very good, according to statements made by Ubisoft chief financial officer Frederick Duget in 2021, shortly after the release of the game on Nintendo Switch.

However, the report of this early-in-production game also follows closely with the news that Ubisoft recently cancelled 4 games, including two unannounced projects, according to a recent earnings call. There is a small chance that the Immortals Fenyx Rising follow-up may have been part of that cull, so as always, it’s good to take these reports with a grain of salt.

Let’s hope that’s not the case, though. It’s rare to see a video game from a big-budget publisher focus so heavily on an underrepresented culture like Polynesia. It’s likely that it was influenced by the mainstream success of Disney’s Moana, which showcased just how visually vibrant and interesting the culture and mythology of Pacific Islanders are. Hopefully, we’ll hear and see more about this game in the future.

In other Ubisoft news, the company recently delayed its upcoming Avatar game, and announced a free-to-play mobile spinoff of The Division. Reports are also swirling around various new entries into the Assassin’s Creed series, such as a Japanese-themed game codenamed ‘Red’, and a stealth-focussed spinoff set in Baghdad.