Activision Blizzard has outlined a number of steps it hopes to take to improve working conditions, as well as its environmental impact.
Edmond Tran 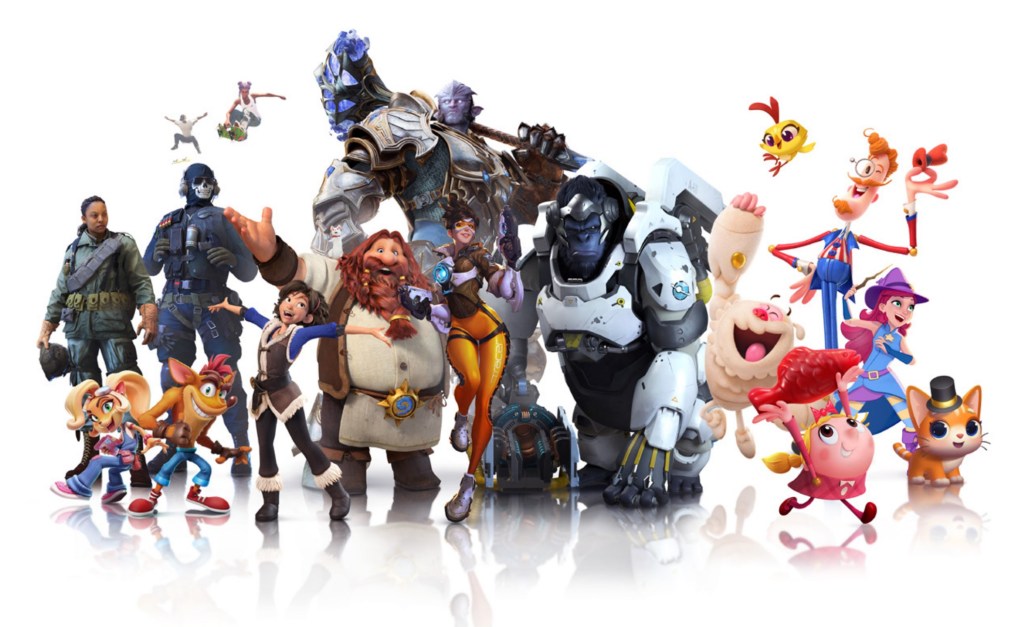 Activision Blizzard has released a new report which audits the company’s achievements and action plan in regards to issues like its employees, its stance on diversity, and the environment. Much of it, of course, seeks to directly address the changes Activision Blizzard is making as it continues to be associated with ongoing legal action due to the company’s history of alleged sexual harassment and toxic workplaces, union-busting, and puzzling diversity tools. It also comes as the company is in the midst of being acquired by Microsoft, which is likely eager to clean up Acitivision Blizzard’s business image.

Here are some key takeaways:

Employee Safety and well-being are touted as a top priority

Reparations are resulting from the Activision Blizzard lawsuit

In response to the ongoing legal issues, Activision Blizzard is creating a US $18 million fund to ‘satisfy potential claims from eligible participants’ per the directions of the Equal Employment Opportunity Commission, and the US District Court, Central District of California.

Any funds that remain undistributed after claims have been processed will go to charities whose missions advance the position of women in the video game industry or promote awareness around harassment, inequality, and diversity issues.

Activision Blizzard outlined a number of key initiatives already undertaken in the hopes they will help eliminate the systemic issues that have plagued the company for so long. They include things like:

Activision Blizzard seems to think its pay equality is okay

Activision claims that the number of women in game development leadership roles at the company has ‘more than doubled’ since 2016, although it states only 24% of its global employees do not identify as men.

The company also claims that, when it comes to Pay Equity – that is, pay comparisons between genders that factor in similar roles, location, tenure, and job description – women on average earned slightly more than men in comparable work in 2020, and were on par in 2021.

Of course, looking at those figures, we need to take into account the much larger pool of male employees, which would affect the average more significantly compared to the smaller sample size of women and those not identifying as men.

The company believes it has made significant progress towards increasing the diversity of its game characters, thanks to a new character and content review system that encourages employees to identify diversity opportunities. Blizzard has said before this does not include the controversial Diversity Space Tool, which is allegedly not being used in active development.

The company cited Call of Duty: Vanguard and Overwatch as having some of the most diverse casts out there, featuring characters who are non-binary, have varying abilities, identify as LGBTQ+, or are racially and ethnically diverse.

An AbleGamers partnership was highlighted

Activision Blizzard made a special point of highlighting its partnership with AbleGamers, and the fact that the company sends its developers to receive certifications in accessible player experiences through courses run by the organisation.

Curiously, this page of the report was adorned with key art from Sekiro: Shadows Die Twice, a game developed by FromSoftware that was notorious for sparking heavy debate in the gaming community about its high difficulty and lack of approachability and accessibility.

Activision Blizzard has performed its first environmental audit, and it’s a whopper

Activision Blizzard has performed its first environmental emissions inventory report, and has found that the company produces 275,300 metric tons of CO2 emissions. The bulk of these emissions come from physical and digital distribution: freight, online marketing and media, and mobile game distribution especially.

It’s important to note that these calculations do not include the emissions generated from people playing Activision Blizzard games.

It was also revealed that Activision Blizzard used 63,848,270 kWh of energy in 2021, a paltry 0.04% of which was made up of renewable energy – one of the easiest and most impactful changes it could make almost immediately.

Activision Blizzard is aiming for net zero carbon emissions by 2050

This goal is in line with the Paris Agreement, and the company has outlined some broad steps it plans to take to achieve it, which include:

So no hard action yet, but hopefully Activision Blizzard will communicate more specific goals over the next year.

It’s important to note that Microsoft, who are in the process of acquiring the company, is currently an industry leader in terms of reducing and actively trying to reverse its environmental impact – Microsoft has an ambitious target of being a carbon negative company by 2030.