Behind the pioneering animation of the Overwatch cinematic universe

The world of Overwatch is more than a game, it's a freely accessible Pixar-style animated universe. We chat to two of its lead creatives.
Edmond Tran 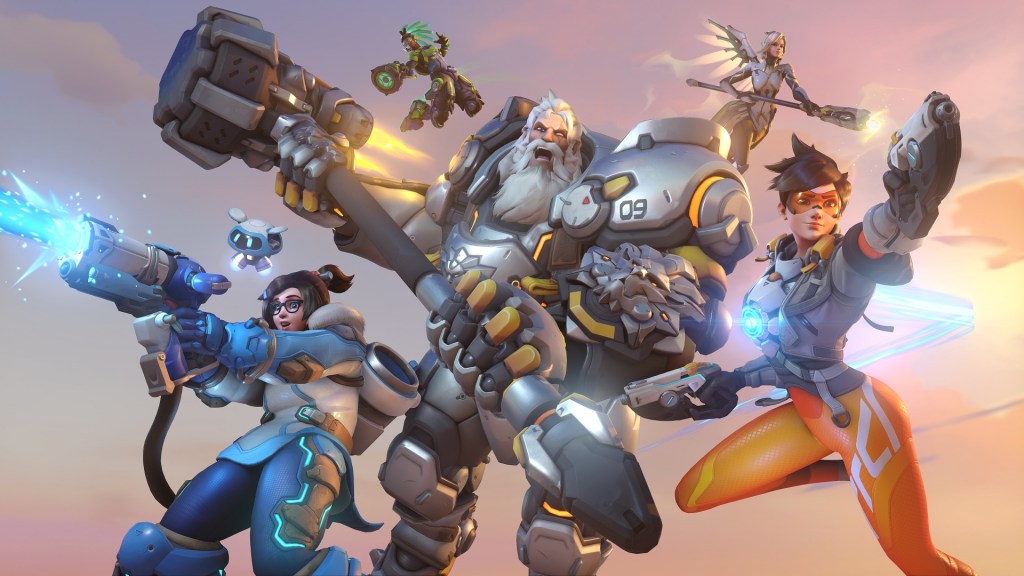 You would be hard-pressed to point to a group of videogame characters that have received more universal adoration in the last five years than the cast of Overwatch, a team-based, multiplayer first-person shooter. What’s interesting about the growth of their popularity, however, is that within the confines of the actual game this roster of men, women, robots, and animals rarely interact with each other in a meaningful way that doesn’t involve, well, frantically trying to gun each other down.

Instead, what’s helped flesh the Overwatch cast out as fully realised characters – complete with backgrounds, flaws, motivations, and morality ​​– is a long series of exceptional animated short films released outside the game on YouTube, over the course of 6 years. With an accumulated viewcount that sits well past the 200 million mark at the time of writing, Overwatch undoubtedly has countless fans who have never actually touched the game. But it’s hardly the first time its developer, Blizzard Entertainment, has used CG animation and linear storytelling to expand its worlds far beyond the bounds of their games.

The late 1990s was an exciting time for CG animation. In cinema, Pixar led the charge with two Toy Story films and A Bug’s Life, with Dreamworks Animation forming and following suit soon after. But beyond the cinema, the best place to witness the then-unreal spectacle of top-end CG was in videogames, where short, pre-rendered animations stuffed into CD-ROMs became impactful narrative tools that visually realised characters and worlds in a way that consumer-grade computers and game console hardware just weren’t able to yet. And in the Western industry, no studio was pushing the boundaries more than Blizzard.

Known at the time for top-down strategy and action-role-playing games where the player perspective was quite distanced from the pixelated action, Blizzard games were nonetheless known for their rich character and narrative, and a great deal of their growth in popularity was achieved through the storytelling achieved through their ambitious CG cinematics which bookended and punctuated key moments in their narrative campaigns.

It was as if while reading Lord of the Rings, you were suddenly treated to a scene from the Peter Jackson films, the hypothetical images in your mind now vividly realised for the first time. Such an impact these CG shorts had, that my friends and I would work to extract the movie files from the CD-ROMs of games like StarCraft and Diablo II so we could watch them all end-to-end. At a time when the cutting edge of CG animation was broadly perceived to be in family-friendly films like Antz, here was a studio pushing the technical envelope just as hard, and using that ability to build ambitious sci-fi and fantasy worlds for an adult demographic. Less Tim Allen, more Alien.

As technology rapidly accelerated, Blizzard, as well as other game studios, would create games that matched and exceeded the once lofty ambitions of their cinematics; Blizzard is of course known for the seminal multiplayer role-playing game World of Warcraft. But those cinematics never went away, In fact, many of the people who worked on those animations in the late 1990s and early 2000s are still at Blizzard today, and continue to use their skills to produce animated shorts that are no longer just a technological feat and worldbuilding tool, but are impressive, self-contained pieces of storytelling in their own right – like the Overwatch Animated Shorts.

Ben Dai and Jeremiah Johnson are both 20-year veterans of Blizzard. Both entered as college graduates when the company had less than 30 employees, and both now serve as Cinematic Directors who have led teams in a company of over 200. They’re responsible for, among other things, leading the creation of the Overwatch Animated shorts. Speaking to them ahead of the release of The Cinematic Art of Overwatch Vol. 2, an art book that showcases the development of the game and its cinematics, I learnt that neither of them really expected to find themselves directing animation for a video game studio.

‘I come from a military family, so I was this close to joining the military,’ said Johnson. ‘I never thought I would end up out here directing. I always just thought that that was for somebody else… I didn’t have that sort of example in my life.’

Dai’s path will be a familiar one to any creatives from immigrant families: ‘I always loved animation, that’s the thing I grew up really loving. But you know, growing up as a first-generation Asian immigrant kid, you’re expected to go to school, to be good at math and be a doctor or something. But very early on my parents realised that was a lost cause for me, and that’s why they sent me to art school, God bless them.’

Dai ended up studying Animation at the California Institute of the Arts, and had the fortune of going straight into an animator role at Blizzard. Because of the team’s small size at that point, opportunities in storyboarding and other related fields became available, and with all that experience and knowledge, the opportunity to direct naturally came about. ‘Jokingly, I say I failed upwards’, he said. ‘Blizzard is my real first job.’

‘When we started, there was no real program to even put you on this path,’ Johnson added. ‘A lot of people were just kind of finding it because they were dabbling. It was very, very new.’

Two decades later, however, the opportunities are far more abundant. Technology has dramatically improved and become more accessible. Countless videogame studios are creating their own short animated films to complement their games, whether that be for narrative or marketing purposes, and the bar, as well as audience expectations, has been raised as well.

‘Back in the day, JJ and I – we worked on one cinematic as a whole team for a year, maybe two years.’ Dai recounted. ‘Now, each of us is handling multiple projects. There’s always something on the back burner. But our team has grown exponentially to accommodate those – we have multiple directors, working on multiple projects, we just have a lot more to do.’

If the increased demands and workload is any kind of a burden, they don’t show it. If anything, they seem glad that their field has grown and become as large and varied as it has. ‘I think we’re really thankful that there’s a much bigger talent pool now,’ Dai remarked.

‘Before, [Blizzard] was hiring, you know, people from college like me and Jeremiah. And now we have experienced people who come in from the entertainment industry, other video game companies, who bring a wealth of knowledge with them. Johnson added, ‘because there’s a lot better access and tools, we’ve got a lot more younger people entering the field too’.

But even though the technology has become so good and the format so commonplace, Blizzard hasn’t stopped trying to keep challenging themselves to maintain their position as leaders in the animated storytelling space. With the debut of the Overwatch Animated Shorts in 2016 and the affective direction the team took them, they have frequently been referred to by the press and audiences as the Pixar of the videogame world.

‘Back in the day, Blizzard was known specifically for their pre-rendered cinematics and now, you know, lots of gaming companies produce cinematics for their game. That’s been a big change,’ Johnson remarked. ‘But how we distinguish ourselves now is more through the telling of stories versus the final rendered image.’

‘I think we are more ambitious. Back in the day, we used to count how many shots we could get in a cinematic. And now, we’re counting minutes, we’re measuring complexity, because we’re able to do so much more.

It’s natural to assume the popularity of the Overwatch Animated Shorts is due in large part to the uptake of the game ​​– Blizzard reported that the player base for the 5-year-old title had reached 60 million in March of 2021. Ultimately, as marketing material for the game, the goal of the shorts is naturally to drive interest in the game and its universe: ‘whenever you watch one of our pieces, as the audience, I should want to immediately go play with that character because I’m just so inspired’, Johnson said.

But that discounts the enduring, wide-reaching appeal of the Overwatch universe. If you peruse the comments on many of these videos, it’s clear that the characters and storylines as depicted in these films have resonated with the audience on a much deeper level, a level that warrants plenty of repeat viewings and has fostered an immense affection, in the same way that Toy Story audiences can’t get enough of Woody and Buzz. I asked the directors about any overarching creative decisions that might point to what makes the shorts so consistently celebrated.

‘I think it’s this constant thread of hope,’ Johnson said. ‘[Overwatch is] a first-person shooter, but I think we always strive to have hope front and centre. Even in our darkest pieces, the idea is that the world can always use more heroes. Visually, we pursue that with the art, from the lighting to the animation to the voice direction, to the music… in every aspect.

The Cinematic Art of Overwatch Vol. 2 will be available in Australia from August 1. A sequel to Overwatch was announced in 2019 with the short film Zero Hour, directed by Ben Dai.

Read: Making Magic: Behind the VFX that empowers the players of Hearthstone