Sonic the Hedgehog's 2006 adventure is considered one of the worst Sonic games of all time – but is it really?
Leah J. Williams 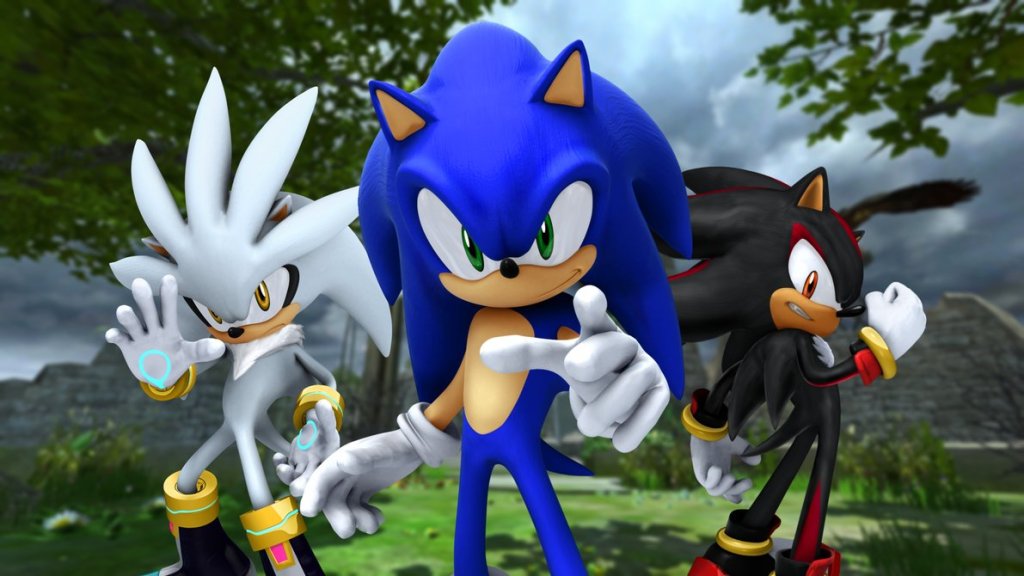 When Sonic the Hedgehog (2006) launched for Xbox 360 and PlayStation 3, it was met with a stone wall of criticism. The game was too slow to load. It featured a barely coherent plot. New additions like Silver and Elise were hated, and frequent glitches plagued progression. It was swiftly considered the worst Sonic game of all time, and in 2010, was delisted from all retail and online stores in an effort for publisher Sega to save face. But Sonic ’06 isn’t nearly as bad as the criticism would have you believe. In fact – it’s high time to revisit this adventure with a fresh set of eyes.

Sure, it can be argued that the game kickstarted a downward trend for the franchise that continued with busts like Sonic Boom and Sonic Forces – but it shouldn’t be considered an outright failure. As an innovative new entry in the Sonic franchise, ’06 actually did a lot to widen the scope of the series, and presented a satisfying high-speed adventure that perfectly translated Sonic‘s classic gameplay into 3D.

Yes, the implementation was hampered by bugs – but as the first game for a new generation of consoles, its mistakes are easily forgiven.

Let’s get this out of the way: Sonic ’06 is very buggy

It’s fair to say Sonic ’06 is a buggy game. Surfaces are often rocky and incomplete with strange hit detection, Sonic’s character model frequently disappears during gameplay and some boss fights – Silver, for example – feel strangely unbalanced. Factor in extremely long loading times, and a faded vaseline-lens look over the entire game, and you have a pretty ugly package.

But, as we’ve established, Sonic ’06 was amongst the first games to hit the PlayStation 3 and Xbox 360.

That meant the development team had to reckon with largely untested hardware, and complex systems they were largely unfamiliar with. Did other companies manage to release smooth and excellent games on these consoles during the same era? Yes – but Sega faced a range of additional challenges while developing the game.

Development was originally led by Sonic veteran Yuji Naka, who had a distinct vision for the game. But Naka soon quit to form his own company, and the scope of the project was reportedly cut down in the middle of development, with half the team taken away to work on Sonic and the Secret Rings for Wii.

Naturally, this left a small team to deal with Sonic ’06, despite the mounting workload and deadlines approaching. In interviews given by producer Yojiro Ogawa following the game’s abysmal reception, he admitted there was tremendous pressure on the Sonic team to develop multiple games in a short timeframe – which is ample explanation for the state in which Sonic ’06 launched. It’s also a common story in the games industry.

While this certainly shouldn’t excuse the development issues, or that fans spent money on a game that was clearly incomplete – but it should paint a picture of everything holding Sonic the Hedgehog back.

These issues majorly hampered development on the game, but the final product is still important, and its legacy shouldn’t be erased by sloppy production timelines.

Sonic ’06 is a perfect 3D translation

If there’s one thing that Sonic ’06 should be remembered for, it’s the game’s breakneck traversal system, which perfectly translated Sonic’s high speed movements into a 3D plane. This is a notable feat largely because the game is so buggy. Despite slow loading times and choppy textures, you can depend on this entry for its sleek movement and running. Whether Sonic is bouncing from bumpers, running along the ocean, shooting across rope, or plowing through fields, every movement here feels tight and well-designed.

And while the game’s cartoonish, foggy visuals can look ugly at times, there are spots where the game shines – Wave Ocean is a particularly memorable course, and features a dash through a colourful, twinkling beach.

The game moves at fast speeds – but it never feels overwhelming or stressful. Instead, it effectively captures Sonic’s flights within an open 3D realm, and allows players the same rush of freedom and exploration that the original games did.

Whether it’s flinging Sonic through the air at 100 km/h or slowing down to puzzle through an obstacle course, the game does traversal very well. As mentioned, glitches are certainly present – but in terms of translating Sonic’s movement into a whole new world, Sonic ’06 largely realises its lofty ambitions.

This level of exploration and experimentation extends to boss battles littered throughout the game’s courses.

Sonic the Hedgehog has never been known for having impressive boss battles, but Sonic ’06 very nearly rights the ship. Rather than just jumping around a screen and using Sonic’s ball form as defence, this game makes bosses far more interactive and engaging.

To defeat a mechanic Cerberus, Sonic must use frantic attacks and a tail sliding pole to maintain an advantage. Silver uses telekinetic attacks that must be circumvented with good timing. The lava Iblis monster requires quick-thinking platforming skills to duck and dodge projectiles.

This more involved style of boss battle is still an extreme rarity for the franchise – but it shouldn’t be. The boss fights in Sonic the Hedgehog (2006) are superbly engaging, and make effective use of Sonic’s main abilities. This is one of the only Sonic games where Sonic’s attacks genuinely feel heavy-hitting and effective.

Each boss defeat makes the story feel far more epic, and higher-staked, than the traditional games – and while this story does get weird at times, it’s also a nice change of pace for the franchise.

Sonic having a human love interest is fine

When it comes to Sonic ’06, much derision is placed on the inclusion of two characters: Silver, who’s seen as a poor Shadow successor with little personality or backbone, and Princess Elise, who ultimately functions as Sonic’s main love interest in the game.

It’s one particular kiss that often crops up in conversations – but in a franchise like Sonic, inter-species relationships are hardly the most surprising or weird feature.

At one point in Sonic lore, an evil, alternative version of Sonic crashes the main universe to kiss all of his furry love interests. Knuckles is actually a mutant born by Chaos Radiation in one of his many origins stories. Sonic becomes a King in another story – and also goes on to accidentally kill an alternative universe version of his father.

That’s not to mention that his main enemy over the last three decades has been a human man who just so happens to resemble a giant egg.

Sonic the Hedgehog is a weird franchise, and it always has been. Sonic ’06 embraced that weirdness more than other games in the franchise, and may have lost swathes of fans because of it – but to say Sonic’s relationship in ’06 is outright weird without acknowledging the lore at the heart of Sonic is to ignore a huge part of why the franchise is so popular.

In creating a game that has such a hearty story, it makes sense that Sonic Team would eventually have to lean into the weirder side of the Sonic story. The benefit of the original games being largely wordless is that the inherent strangeness in every adventure – ‘Sonic must rescue magic gems from an egg-shaped man while he creates large robotic monsters from enslaved wildlife to fight back’ – is largely muted.

But the more you think about the plot of the original Sonic games – even without the context of tie-in media, cartoons and other lore – the more you realise just how strange the premise and setup of these games is.

In light of that, a kiss between Sonic and a human woman really isn’t that strange.

It’s easy to dogpile Sonic the Hedgehog, thanks to historic criticism and Sega itself withdrawing support for the title – but despite the game’s lack of polish, and its hardware limitations, it remains an important and groundbreaking milestone in Sonic history.

Yes, it’s a strange game, and one that deserved more ‘time in the oven’ before being released into the public. But its many flaws are understandable, and they don’t dampen what is what one of the most ambitious and innovation games in Sega’s modern catalogue. The story of Sonic ’06 is one of behind-the-scenes disaster, and both critical and commercial failure – but it’s high time to re-evaluate where it fits in Sonic canon, and how much it did for the franchise as a whole.

The ambition and scope of the project far exceeded the talents of the Sonic Team in the early 2000s, but many of the lessons learned from its release were put into practice for future Sonic entries – and will likely be very visible in upcoming game, Sonic Frontiers.

Sonic the Hedgehog owes a lot to the failures and triumphs of Sonic ’06, and its legacy should not be discounted as we head towards a new generation for the long-running franchise. While debate around this game will likely continue for years to come, it doesn’t deserve all of the criticism it’s garnered over the years.