For Devolver Digital, developer freedom and creativity is key

Devolver Digital is a publisher doing it differently – with minimalist plans, and a focus on getting the best work from developers.
Leah J. Williams 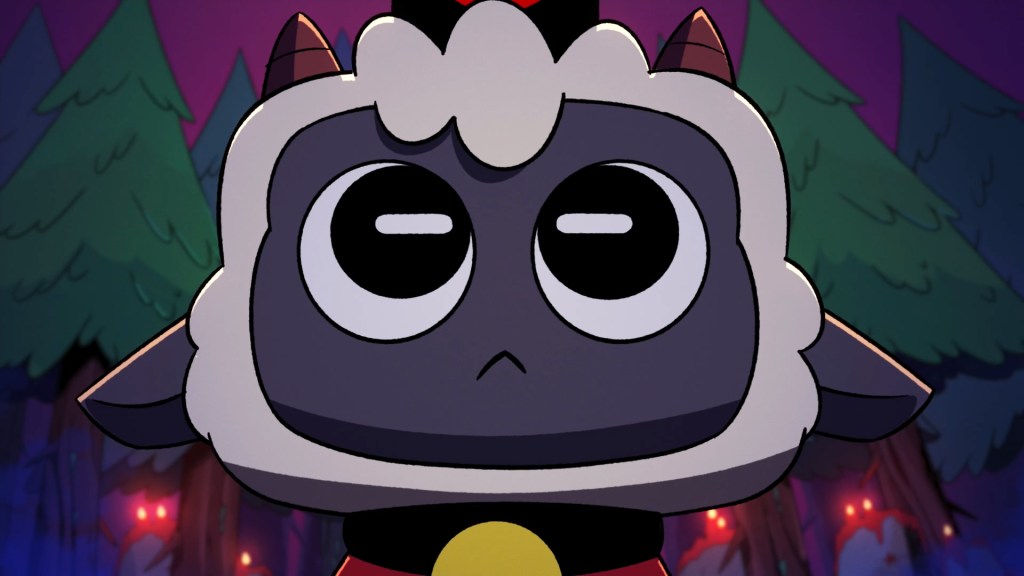 ‘Personally, if I’m under any kind of pressure, I’m at my worst in terms of thinking about the future,’ Graeme Struthers, Co-Founder of Devolver Digital told GamesHub in a quiet moment at PAX Aus 2022. ‘In that situation, it’s just dealing with what’s in front of you, and just getting it solved.’

These circumstances, as Struthers describes, infringe on creativity, warping it considerably. The art of creation is no longer fun. It becomes a task – which can lead to stale ideas and stress that become difficult to shift. In being open to flexibility and taking enough time to let ideas breathe, Devolver Digital aims to be a different kind of game publisher.

This ‘radical’ idea has translated to immeasurable success for the company, which boasts a glittering raft of recent game releases that have all gone on to become hits – Cult of the Lamb, Death’s Door, Loop Hero, and Inscryption amongst them.

In a 2019 interview with GamesIndustry.biz, Kate Ludlow, who works in SpecialOps at Devolver, claimed that despite this success, the company does not have a future plan – and this is what makes all the difference in their publishing approach.

‘I think one of the best things about Devolver is that we don’t have a roadmap,’ Ludlow said. ‘We don’t have this ten-year plan where every year we have to hit milestones. It keeps us very adaptable.’

In our chat with Graeme Struthers, it was clear this ethos is still what guides the company’s publishing plans, and exactly what encourages the creativity of countless developers working alongside Devolver – including Australian developers like Massive Monster (Cult of the Lamb), and All Possible Futures (The Plucky Squire).

As Struthers made clear in our chat, it should never be about when games are published – it’s about giving creators the scope to realise their visions, from the pitching process to actualisation.

‘If you sit down with some of those [development] teams, they themselves can’t see what they’re going to be doing in two years time – they’ll finish [a] game, and then figure it out,’ Struthers said. ‘A good example is Acid Nerve. [The team] released Death’s Door a little over a year ago. It did really well. Then, they just stopped work, to recover from what they’d been through, and to enjoy themselves for a while.’

‘I saw Mark [Foster, programmer, designer, writer and animator on Death’s Door] about two months ago, and he said, “I have no idea what I’m going to do next, but I’ll let you know.” You have to go along with that. Most of the teams – that’s how they work.’

It’s in the space between these releases that creativity is allowed to grow – for developers, and for Devolver Digital itself. Between projects, the company is often fielding pitches from a range of developers, and deciding what happens next.

‘We don’t actually have any sense of style or genre [of games we pick],’ Struthers said. ‘We’re pretty open-minded… We cover a broad spectrum in genre, age profile. They’re not all hyper-violent … [it’s more about whether] you have a strong idea … [then] it’s more to do with how we support the developers.’

Devolver Digital offers a range of services in that regard – funding, primarily, but also access to localisation tools, and aid in collaborating with platform holders like Sony, Microsoft and Nintendo. According to Struthers, the majority of his day is spreadsheets and organisation – the day-to-day production that takes the weight off developers and allows them to focus on their creative process.

The ‘boring side’, as Struthers labels it, is essential to keeping the development process smooth, and keeping everyone happy. It also leads into the ‘fun’ parts of the job – like attending PAX Aus 2022 as a guest speaker. Struthers described attending events as feeling more ‘natural’ for himself and others at Devolver.

With the company starting out as a mostly PC-oriented publisher, many of the events the teams attended in the past were smaller, more intimate affairs where they were able to get one-on-one with developers, and learn more about their projects. This slowly changed as the company grew, but the team still takes time to attend as many events as possible.

‘It’s been great for us,’ Struthers said, describing his time at PAX Aus. ‘First and foremost, there’s lots of really good developers here … [and] we’ve now got four Australian developers working with us … the [local] indie scene seems to have really taken off.’

Devolver’s interest in the local Australian development scene comes at a fortuitous time.

The Australian government is in the process of ramping up funding for video games, thanks to years of global success and growth that has attracted new interest in local games – fostered by a steady stream of critically-acclaimed games like Unpacking, The Artful Escape, Webbed, The Forgotten City, and other gems.

The success of these games has attracted the attention of global publishers – who, realistically, are entering an industry still on the cusp of breaking out on the worldwide stage. While 2021 and 2022 have been banner years for local games, there’s still some way to go – and more support is needed for local developers.

But with publishers like Devolver Digital willing to dive deeper into the market, and support new projects with potential that goes beyond name recognition, Australian video games are being seen by more people. They’re also being delivered into more hands, with the recent hit Cult of the Lamb selling over one million copies in its first week of sale.

This isn’t success that happens overnight. It requires years of planning, support, and a deep understanding of how video games, and the wider industry, works. This includes an understanding of the creative process, which can involve deeply intensive work or doing nothing at all – whatever best breeds creativity.

Aiding games creation is a slow process, but one that Struthers describes as being deeply rewarding for those at Devolver Digital.

‘If you saw a game five months before launch, it’s a car crash,’ Struthers explained. ‘You’re still trying to figure it out. You’ve got a good understanding of what it is – but will it be fun? When it goes into playtesting and you start getting feedback, when people around the company start playing the game and getting excited – you can feel it bubbling up.’

Excitement drives many of Devolver’s choices – the thrill of a new idea – but fear of failure is just as important to consider. As Struthers puts it, you can certainly take risks and entertain bold new ideas – but success is never guaranteed, and games still need to be put through the pitching process and assessed on their own merits.

‘You can’t ever predict that something’s going to be a hit,’ Struthers explained.

‘Cult of the Lamb is a great example. We thought it would be a successful game. It was building a lot of momentum. We would never have said, “oh, it’s going to be that level of success.” We want the developers to have a success, because that means royalties. That means they get to be sustained … so of course, that’s put into the whole equation. But it would be silly to think, “this one’s going to be a smash hit.”‘

A string of recent successes would suggest Devolver Digital has found the right formula, however.

While it’s easy to assume this is a result of luck, the repeated success of Devolver Digital-published titles is difficult to ignore. The team, which encompasses only around 20 employees worldwide, has a keen eye for good ideas. This was described as the crux of the company’s approach at Devolver’s PAX Aus 2022 panel, which followed GamesHub’s chat with Struthers.

During this panel, Struthers discussed the creative process of pitching – ‘horrible’, in his words – and how the power of a good idea is the most attractive part of any game, with the ability to deliver following swiftly afterwards. Ideas are intangible and free-form, and they spring from human minds.

Given time and support, they can grow into marvellous tales – of sacrificial lambs, terrifying monsters, high society card battles, haunted tabletops, and storybooks come to life. These ideas need incubation, and an understanding that creativity does not come off a production line.

While publishers may have goals to hit in the development process, a clear understanding of the human element of game development is key to incubating good ideas that may become smash-hit success stories. Like humans, game ideas need ample care, love, and attention.

Despite the awkwardness of pitching, and the delicate dance of allowing creativity to thrive while sticking to production goals, Devolver Digital is determined to leave a meaningful impact on the games industry. As a publisher, it aims to prove that a guiding hand can be soft, supportive, and understanding of humanity – even as belts tighten, and the global economy shifts.

It’s a sentiment that feels much needed for a generation of game development talent currently reckoning with the ongoing and historic impacts of vicious crunch culture and unhealthy behaviours that are in the process of being redressed and broken.