The Plucky Squire is an adorable platformer from former Pokemon dev

The Plucky Squire is an adorable-looking 2D/3D hybrid game, created by a new studio with a very strong game development pedigree.
Edmond Tran 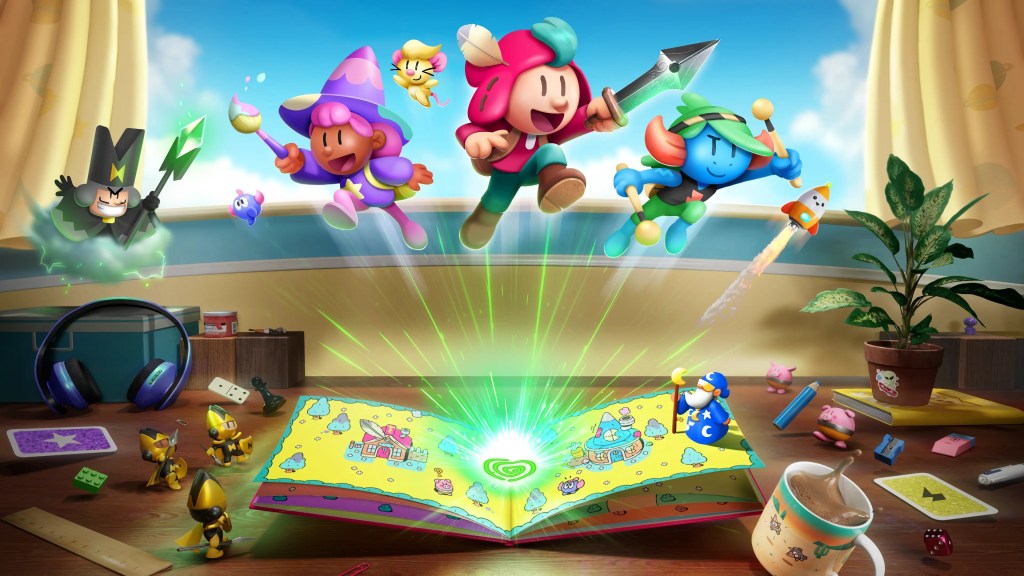 Announced during the Devolver Digital Showcase at the 2022 Summer Game Fest was an adorable platformer called The Plucky Squire. It’s being developed by new studio All Possible Futures, founded by Australian Jonathan Biddle (Swords of Ditto, Stealth Bastards) and James Turner (Pokemon Designer and Art Director on Pokemon Sword and Shield).

The Plucky Squire follows Jot and his mates, characters from a 2D illustrated storybook who discover the real, three-dimensional world outside the bounds of their book. It’s a little bit Toy Story, with a somehow even more endearing art direction.

It looks as if the game will mix up its gameplay styles quite frequently. The trailer showed off classic Zelda-style 2D adventuring, Punch-Out-style fighting, and fully 3D exploration in sprawling levels.

Devolver’s description of the narrative reads: ‘The Plucky Squire follows the magical adventures of Jot and his friends – storybook characters who discover a three-dimensional world outside the pages of their book. When the malevolent Humgrump realises he’s the villain of the book – destined to lose his battle against the forces of good for all eternity – he kicks the heroic Jot out of its pages and changes the story forever.’

‘Jump between 2D and 3D worlds in this charming action adventure – solving puzzles, boxing badgers, flying with a jetpack, and enjoying many more delightful and surprising mini challenges as you become the hero of a living storybook’

The Plucky Squire is coming sometime in 2023, and will be released on PC, Nintendo Switch, and Xbox Series S/X.