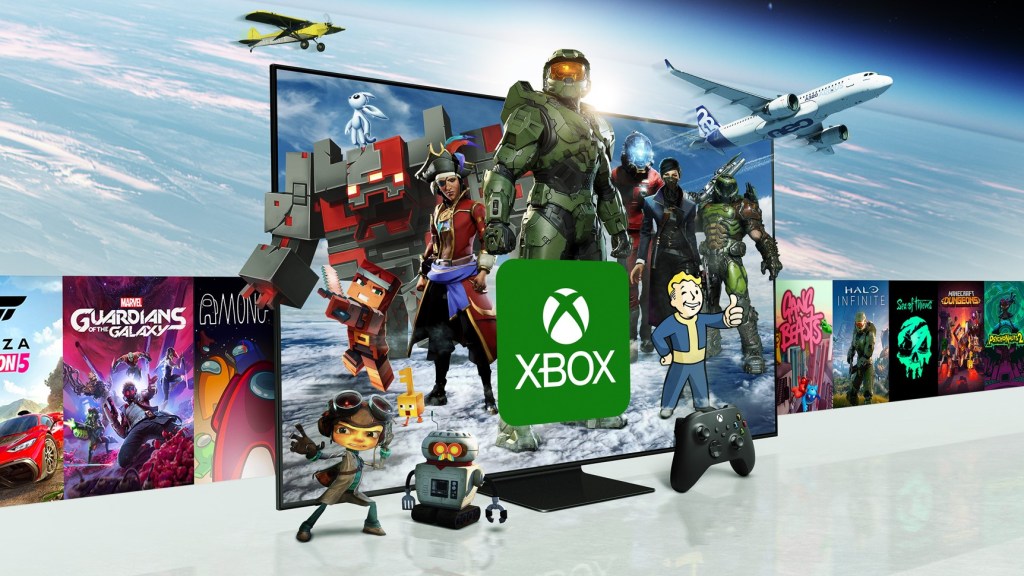 As part of its 2022 showcase for Summer Game Fest, Xbox has announced that its previously discussed and recently rumoured plans to launch a cloud gaming app on Smart TVs has come to fruition. The company has confirmed that an Xbox TV app will launch for 2022 model Samsung Smart TVs on 30 June 2022.

The app will allow users access to Xbox Cloud Gaming services, meaning the vast slew of game on the Xbox Game Pass subscription service will be available.

Users will have to be members of Xbox Game Pass Ultimate to gain access to the Cloud Gaming functionality, meaning a monthly subscription fee of US $14.99 / UK £10.99 / AU $15.95 is required. The first three months cost just $1.00 (or the regional equivalent) for new users.

The only exception there is Fortnite, which is free to play on Xbox Cloud Gaming for anyone – no subscription required.

Something that users relying solely on the Xbox Smart TV app will have to keep in mind is that a bluetooth controller is also needed. While Xbox Cloud Gaming services can be used with touchscreen on phones and tablets, that’s not the case with Smart TVs.

While the Xbox app is launching initially on Samsung TVs, Microsoft says that its intent is to explore other TV partnerships in the future as well. The company also announced that Xbox Cloud Gaming would be expanded to New Zealand and Argentina beginning immediately.

Below are directions for how to access and use the app, provided by Xbox.

Playing Xbox games on 2022 Samsung TVs will be a seamless experience, similar to using other streaming apps on your TV. Simply launch the app, connect your favourite controller, and start playing. Here’s the step by step: