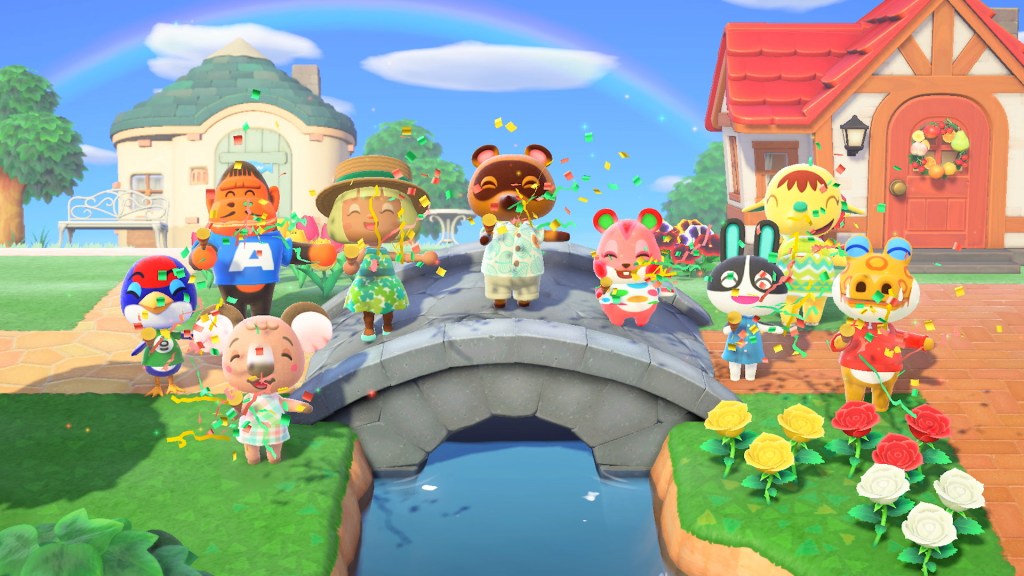 Animal Crossing: New Horizons is a wholesome game all about taking your time, enjoying the ambiance, and creating something beautiful. According to former Nintendo of America president Reggie Fils-Aimé, this beauty should be monetised on the blockchain, with players ‘rewarded’ for their hours spent gaming.

In an interview at SXSW festival, spotted by Nintendo Life, Fils-Aimé enthused about play-to-earn gaming, and the power of blockchain technologies to transform how people interact with games.

‘I’m a believer in blockchain, I think it’s a really compelling technology,’ Fils-Aimé said. ‘I’m also a believer in the concept of “play to own” within video games, and I say this as a player where I may have invested 50 hours, 100 hours, or 300 hours in a game, and when I’m ready to move on to something else, wouldn’t it be great to monetise what I’ve built?’

‘I bet I’d have some takers here today if I wanted to sell my Animal Crossing island from the latest Nintendo Switch version; I’d like to be able to monetise that. Blockchain technology embedded in the code would enable me to do that.’

While Fils-Aimé clarified that any blockchain-based technology would need to ‘make sense for the player’ and be approached in a way that’s ‘interesting’ rather than just being about money, he expressed excitement for the future of the blockchain in gaming.

These comments were made despite ongoing, overwhelming backlash against the concept of play-to-earn gaming and the increasing monetisation of games.

Beyond causing long-term environmental challenges, these technologies have also been widely criticised for being predatory and soulless. The vast majority of video game players and developers don’t want to see their favourite titles monetised – and have frequently spoken out against large companies making moves into the space.

Video games are played for fun, and aggressive monetisation provides horrible incentives for players to continue engaging in these experiences. Animal Crossing: New Horizons was an important escape from the pandemic in 2020 – one that allowed players to take their minds off the world and have fun with something that wasn’t their job, or their quarantine-era life.

Games aren’t supposed to be work – and monetising these experiences will make them far less special. While Fils-Aimé is passionate about implementing blockchain technologies in future, his comments are a bleak and disappointing interpretation of what gaming can be. Developers should never forget that fun is its own reward.