It's claimed that 'play-to-earn' gaming will be the next big industry trend. Desperate, capitalistic adults are the only ones saying this.
Leah J. Williams 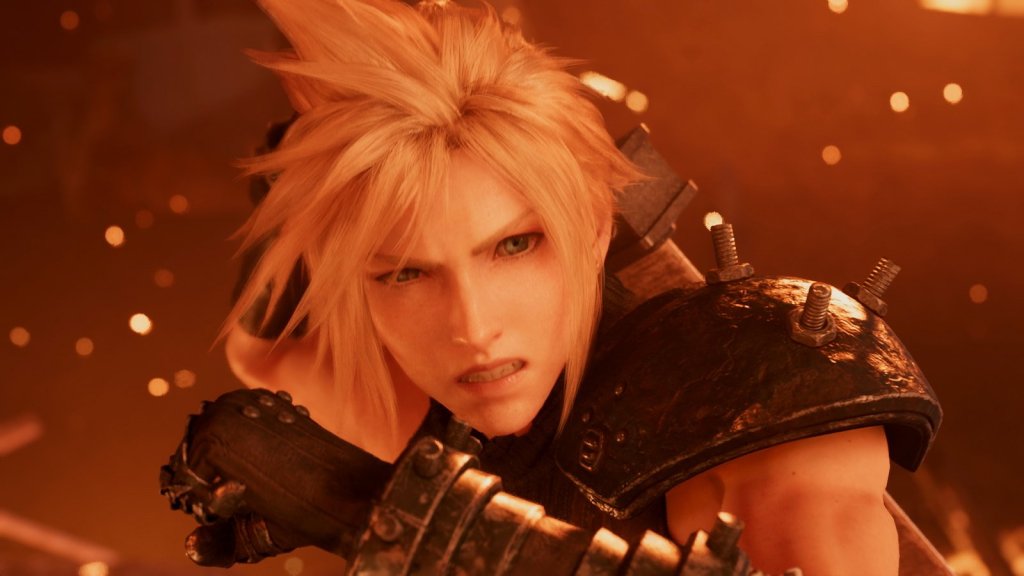 When the sale of Activision Blizzard to Microsoft was announced, one desperate punter lamented that the ‘community’ would not see a single dollar from this transaction. ‘Play-to-earn couldn’t come sooner,’ this Twitter user said. The assumption appeared to be that because players had ‘contributed’ to these companies by purchasing and playing their games, they were owed some form of compensation or stock based on their dedication.

This transactional understanding of what video games are appears to be gaining traction with a certain crowd of players – older, desperate adults who believe that even fun should be monetised and rewarded in our capitalist wasteland.

The growth of the term ‘play-to-earn’ demonstrates a fundamental misunderstanding of what ‘play’ really is. In the same way an alien would poke at human culture and wonder why we stare at flat screens for so many hours a day, play-to-earn enthusiasts seem to believe playing video games should be about dollar-based value creation, rather than fun.

In the world of play-to-earn, video games are seen as jobs – grinding, difficult slogs that yield some form of reward for players. By ‘participating’, it’s believed that players should be able to earn some sort of compensation – forming a transactional relationship with developers that bears constant fruit. In this way, players would come to ‘own’ part of the game, and have their own personal stake in it.

Legacy, an upcoming game from Peter Molyneux – once a celebrated designer, but more recently a notorious over-promiser/under-deliverer. The game works on a play-to-earn model. By purchasing virtual land and businesses in the game – some of which cost upwards of US $50 million (AU $70 million)  – players have been promised a chance to earn real-life money back.

Rather than being for fun, Legacy is a game designed to milk cash. Will players actually be able to earn money? There’s no tangible evidence yet. Despite players pouring thousands into the game, its value creation system is still based on speculation and the assumption that players will be willing to fork out incredible sums of money for virtual goods, as with the sale of NFTs.

While the ‘play-to-earn’ concept has largely been thrown around in niche groups, whispered about alongside ‘blockchain’ and ‘NFT’ games, mainstream video game companies are already catching wind of the movement and working towards creating play-to-earn titles.

To kick off 2022, Yosuke Matsuda, President and Representative Director of Square Enix, penned a letter addressing players, indicating the company would create tailored games for the play-to-earn crowd in future.

‘I realise that some people who “play to have fun” and who currently form the majority of players have voiced their reservations … and understandably so,’ Matsuda said of the trend towards play-to-earn. ‘However, I believe that there will be a certain number of people whose motivation is to “play to contribute,” by which I mean to help make the game more exciting.’

In the letter, Matsuda expressed enthusiasm for this trend, and said he believed ‘traditional gaming has offered no explicit incentive’ to people who, through goodwill and enthusiasm, create content for games. He further claimed that blockchain tools would change this, and allow players to claim rewards for their contributions.

In this, Matsuda is somewhat correct – modders, who he seems to be referring to, typically spend hours or even months working with in-game assets to recreate them in new ways.

Modders in Skyrim contribute new quests, new armours, new quests, and new characters to the game. But they’re not contributing from scratch. They use existing assets, and an existing game engine created by Bethesda Game Studios. Modders are not developers – they don’t own the assets they work with, and they typically produce smaller-scale, derivative works.

They also work with games by choice, to exercise creativity, or practice skills. Those who choose to monetise their work have typically done so via Patreon, or by using their work to form new, original games – but the vast majority of the modding community creates content for fun.

For many, it’s a hobby. For others, it’s a means of upskilling for the future.

But while Matsuda’s letter contains some truth, what it does not address is the wider play-to-earn movement, which typically lobbies under the belief that even the act of playing a game should generate a monetary reward.

‘Play-to-earn’ sentiment is never about fun

Reddit co-founder Alexis Ohanian is one prominent voice in the play-to-earn space, and recently expressed the belief that any time spent playing a game should be measured in value creation, and not the intangible, simple benefit of ‘enjoyment’.

’90 per cent of people will not play a game unless they are being properly valued for that time’ Ohanian said on a recent episode of the Where It Happens podcast.

‘In five years, you will actually value your time properly, and instead of being harvested for advertisements, or being fleeced for dollars to buy stupid hammers you don’t actually own, you will be playing some on-chain equivalent game that will be just as fun, but you’ll actually earn value and you will be the harvester.’

The titles Ohanian refers to include games like Axie Infinity, where players can earn transferrable crypto tokens by collecting virtual pets – as long as they’re willing to fork out the US $300 (AU $414) entry fee to play the game. According to Business Insider, this system is already running into problems, because players are simply cashing out any earnings instead of pushing this money back into the game’s cyclical economy.

Beyond this rockiness, there’s not much more to Axie Infinity.

In it, players collect cards with cute creatures on them, and then fight each other in simplistic, turn-based battles. As a standalone game, it could be fun – but the game isn’t about fun. It’s about earning money on the blockchain, and milking your digital pets for hundreds of dollars.

This seems to be a core feature of play-to-earn games, and a major reason why they often feel so hollow. They fail to misunderstand what video games are actually for. They’re not designed with fun or enjoyment in mind. Instead, they’re designed with a view to generate cash for players – but mostly, for developers.

They get hours of fun and entertainment.

That is the only transaction that matters. ‘Ownership’ or ‘contribution’ is irrelevant.

The more the play-to-earn crowd shouts, the clearer they make their misunderstanding. We all grow older, and learn more about the world in the process. But adults who can barely grasp that people like to spend time simply playing, enjoying and experiencing games should be embarrassed.

To think every second should be valued in money earned is inarguably harmful.

In Matsuda’s letter about playing to ‘contribute’, he acknowledged that the overwhelming majority of players played games to have fun. Then, he used to term ‘however’ – a term that seemed to suggest a rampant appetite for play-to-earn games. But despite outward appearances, and loud discourse from this community, that’s simply not the case beyond niche circles.

Even as the concept gains traction, with crowds of people obsessed by the idea of earning money simply by playing games, there’s even louder pushback from traditional gamers online.

Beyond concerns about in-game economic stability, the environmental damage caused by the blockchain, and hollow games designed to fleece their audiences, the problem with play-to-earn titles, and the reason for the backlash, is very simple: play-to-earn titles don’t understand what video games are. They don’t even grasp what fun is.

The most upvoted post on a popular Reddit thread about play-to-earn gaming says it well: ‘They should rename it from “Play2Earn” to “Work2Earn” because these games just turn out to be a second job of endless grinding to potentially make a profit, and there is very little fun involved.’

One user said they ‘straight up avoid those games’ despite the fact that they seem to be ‘infecting everything’.

The play-to-earn future is bleak – but it’s not inevitable. As players continue to push back on the predatory practice, there’s still hope video game companies will realise exactly what’s at the movement’s heart: desperation in trying times, hollowness, and complete bullshit.

Elon Musk has shared his Elden Ring character build with the world via Twitter, and he's caused quite a bit… 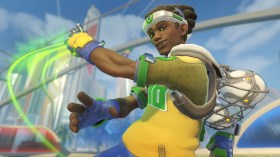 Activision Blizzard's diversity tool has come under fire for good reason. What good is something that can't understand character context?

The Episode 9 Season 1 Finale of the Halo TV Series gives us lots of action, a few gotchas, and… 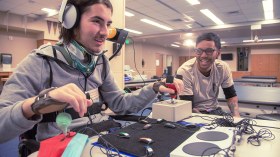 How inclusive design in video games benefits everyone

Good games are accessible games, and accessibility features in video games can benefit everyone in the grand scheme of things.