Why are video game companies doubling down on NFTs?

The backlash against NFTs and use of the blockchain is vocal and prolific. So why are companies like Square Enix and Konami doubling down?
Leah J. Williams 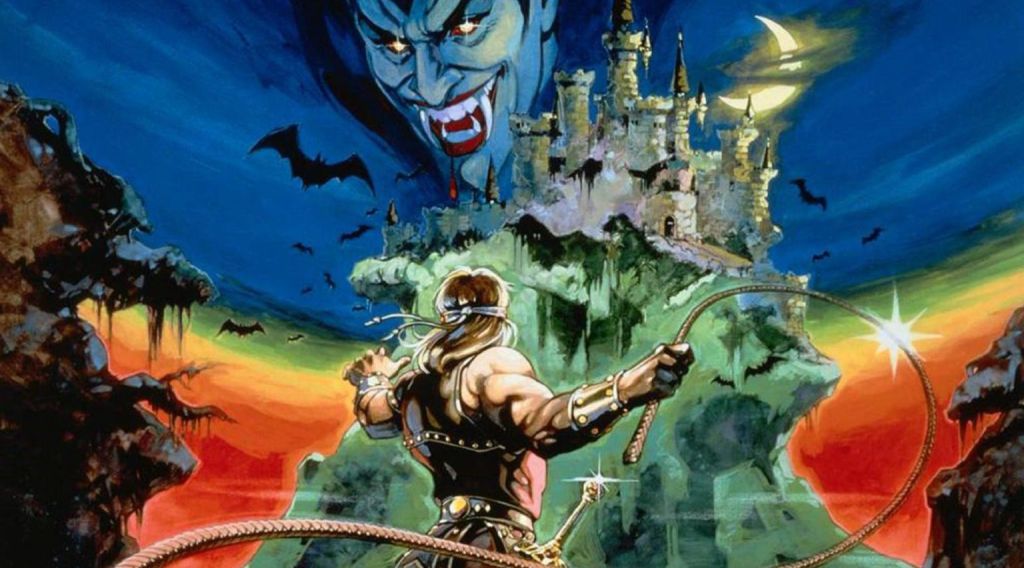 The world of technology exists in hype cycles. In the 1990s, the internet was the hot new thing every company wanted a stake in. Augmented Reality (AR) and Virtual Reality (VR) rose to prominence soon after, with companies like Nintendo launching experimental devices to capitalise on the hype and promise of new technology.

As the dust settled on these devices, the proto-metaverses kicked off: Second Life, Habbo Hotel, IMVU. Spaces that promised freedom in a virtual world. Spaces for self-expression, money-making and connection. Spaces that faltered and failed after the hype, as people slowly realised how disjointed and strange virtual worlds truly were.

The growth of these technologies have each been marked by a gathering hype, and a slow petering out as the promise of novelty slowly wears off. With rare exceptions, the hype for new tech tends to fade quickly. More often than not, promising technology turns out to be boring, unoriginal, or useless – buoyed only by clever marketing, demanding investors, and the thrill of the unknown.

The same fate awaits NFTs, a growing technology that has received major support from the video game industry.

Konami is the latest, but not the first, company to explore the concept. In a recent announcement, the company shared the arrival of Castlevania NFTs, minted to celebrate the game’s 35th anniversary. Some NFTs are small snippets of playable gameplay. Some are just retro posters players can collect and ‘own’ on the blockchain.

Square Enix also recently doubled down on its commitment to the future of NFTs, following the successful launch of the Million Arthur project in early 2021. In an investor presentation, the company stated the proof of concept phase for NFTs was over, and that the technology had ‘high affinity’ with its assets.

This commitment was further strengthened in a 2022 new year message from Yosuke Matsuda, President and Representative Director of Square Enix. While Matsuda expressed reservations about the fluctuating value and speculation behind NFTs, he was excited about their potential and the ‘enthusiasm’ of a ‘rapidly expanding user base’.

‘I expect to see an eventual right-sizing in digital goods deals as they become more commonplace among the general public, with the value of each available content corrected to their true estimated worth,’ Matsuda said. ‘I look for them to become as familiar as dealings in physical goods.’

Other game companies have shared similar excitement – including Ubisoft, which recently launched an in-game NFT system that would allow players to ‘own’ unique accessories in titles like Ghost Recon Breakpoint.

Andrew Wilson, CEO of EA, recently called NFTs and the blockchain the ‘future’ of the games industry, expressing eagerness to explore how digital collectibles could reshape live service games and become a ‘meaningful’ part of gameplay going forward.

Like Square Enix, EA’s NFT commitment was announced during an investor-facing earnings call, designed to promote EA as being at the ‘cutting edge’.

As the debate around the technology heats up, a strange phenomena is occurring, one that’s been documented many times throughout history, but most clearly in the tale of The Emperor’s New Clothes.

NFT hype is driven by speculation and FOMO

The Emperor’s New Clothes, at its heart, is a story about FOMO – the fear of missing out. In the tale, a rich emperor engages with a pair of fraudsters, who trick him into believing he’s wearing the latest, most fashionable clothes. They tell the emperor that the clothes are magnificent, but that they can only be seen by people who are not stupid or incompetent.

The emperor, fearful of missing out on this opportunity (and of admitting he can’t see the clothes, and is therefore stupid), claims he can see the clothes and the value they possess. He wants to be the most fashionable in all the land, despite his mind clearly seeing no tangible clothing before him. With confidence, he trots into the court wearing his invisible clothes. His courtiers, not wishing to offend him, go along with the ruse – they applaud him for his outfit, and allow him to parade in the town.

When the townsfolk see him, they laugh and point – he’s naked, and they all know it. But the emperor sniffs and continues on, believing the townsfolk stupid and he, a fashion visionary. While ultimately he realises his mistake, he continues the ruse in an effort to save face.

In this case, NFTs are the new clothing. They’re the fresh technology that seems to be causing waves as early adopters dive deep into shallow waters. But it’s not ‘innovation’ or ‘newness’ that’s driving the hype cycle for NFTs – rather, it’s the absurdity.

Mainstream news sites are quick to report on the latest NFT sales because they drive outrage and disbelief clicks. When Peter Molyneux’s NFT game, Legacy, sold virtual land worth $70 million, it was noteworthy. Remove it briefly from the context of NFTs: somebody in the world spent $70 million on a property that does not exist in the real world. It’s outrageous. It’s silly. Of course it’s newsworthy.

It’s also outrageously newsworthy for a digital image of a monkey to be worth $420,000.

But NFTs hitting the ‘mainstream’ for reasons of outrage and bafflement doesn’t mean the technology is revolutionary, or that it will aid the video game industry in any way.

The basic principle driving companies to hitch themselves to the NFT bandwagon appears to be the same FOMO shared in The Emperor’s New Clothes, a tale written about human fallacy in the 1800s. It’s fair to say human nature hasn’t changed much even over centuries, but the prescience of the story is immaculate.

The king dons the clothes because he does not want to seem stupid.

NFTs have frequently been called a scam, the next evolution of the Ponzi scheme. Buyers are convinced that digital images or goods hold value, and buy and sell on that assumption. Video game companies have similarly been caught up in the hype around them, going all-in based on speculation and noise.

On the surface, this hype seems appealing: everyone is talking about NFTs, therefore they have value. Despite well-documented concerns that they use too much energy, and the fact that ‘ownership’ of digital goods exists in a nebulous, lawless realm, video game companies are still buying into the hype, and the belief that NFTs will play a role in the future of the gaming.

It’s likely some see the phenomenal amount NFTs are being sold for, and dollar signs spring to their eyes. While others may have more altruistic motives, it’s still hard to see how NFTs will be implemented in genuinely meaningful ways, rather than as extraneous mechanics designed to appease investors and early adopters who encourage innovation and creativity regardless of environment, legal, or financial detriment.

In many circles, moves to adopt NFTs have actually had the opposite intended impact.

Rather than being seen as innovative, the majority still views NFTs as ridiculous fads. Existing sentiment means companies that adopt them are more likely to be faced with loud, public backlash than praise.

We tend to surround ourselves with people that share the same beliefs as us, and solidify them in everyday conversation. A natural consequence of this urge is that people create ‘bubbles’ for themselves without really meaning to. They become echo chambers for our sensibilities, and continuously reaffirm that what we believe is the truth. People that disagree with our politics and opinions are forced out of bubble, to make conversations easier and more comfortable.

In the case of NFTs, it means believers gather together, rejecting the opinions and thoughts of those on the ‘other side’. They double down on their beliefs because of their echo chamber. To admit wrongness is to be forced out of the bubble.

In the same way, people who dislike NFTs tend to stick to their own. It means that when companies like Square Enix and Konami announce NFTs, the news comes as a major shock. We expect the media we engage with to reflect our beliefs and values, to be part of our bubbles. When they ‘betray’ what we believe of them, the natural reaction is often outrage.

As well as being outraged by the environmental concerns associated with NFTs, fans were also critical of Konami’s decision to mint NFTs of a video game they’d rarely provided games for in the last decade. Rather than focusing on rebuilding their goodwill with fans (which appears to have steadily eroded over the last few years), Konami’s resources were directed towards a speculative technology with proven detrimental impacts.

‘If there’s one thing Konami excels at, it’s desecrating beloved franchises and spitting on their fans,’ one fan said of the project.

Another posted a now-iconic meme: an image of Castlevania’s Dracula with the text, ‘What is an NFT? A miserable little pile of money laundering.’

These reactions exist in the aforementioned ‘bubble’, the political echo chamber where opinions are shared and reshared without consideration of alternative perspectives. The nature of the bubble means it’s impossible to determine how many people exist within it, or whether popular belief is against NFTs.

To outsiders, like investors, it’s even more difficult to determine the ‘truth’ of the matter, or to gauge how the majority of their audience really feels. While many are vocal about their dislike of NFTs, there are enough people in other bubbles – who purchase NFTs, trade them, or encourage them – that a divided audience can seem ‘enthusiastic’ from above.

Arguments online, in spaces like Twitter, appear to be fairly balanced – there’s as many people for NFTs as against them, and conversations frequently devolve into loud, all-hands brawls. Then there are the people who don’t exist online, the ones who rarely see NFTs outside of the odd, outrage-driven news story.

Those who exist outside of bubbles may see NFTs as an exciting new prospect. A new technology buoyed by hype, reports of eye-popping transactions, and the increasing reliance on digital technologies in the ‘WFH era’. To some, it will seem terribly exciting. New. Innovative. An opportunity for growth.

Maybe they believe the emperor is fully clothed.

While the NFT hype cycle may burst in future, we’re still on the upward trajectory: a period of excitement, experimentation and speculation. A time when the future still seems promising. These are the conversations video game companies and their investors are listening to, not the loud outcry from fans.

The nature of speculation is exciting, and there are major potential rewards awaiting early adopters. While the hype may slow and reveal NFTs to be just as banal as many of the forgotten ‘new’ technologies of the past, we’re still a long way from seeing how the story will end.

Until we get there, expect to see more adoption from the video game industry and beyond. 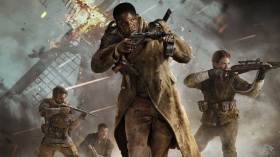 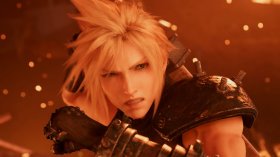 It's claimed that 'play-to-earn' gaming will be the next big industry trend. Desperate, capitalistic adults are the only ones saying… 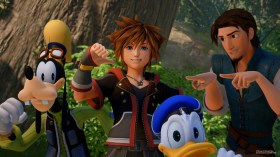 Kingdom Hearts has been dated for Switch, but Australian fans will likely miss out.

How to break into the video game industry, according to developers

On Twitter, developers are sharing personal stories about how they got their big break in the video game industry. Here…