Netflix Games finally has its killer apps, thanks to Devolver Digital

Netflix Games has revealed its plans for games for 2022. It has a surprisingly good lineup, and some killer originals thanks to Devolver.
Edmond Tran 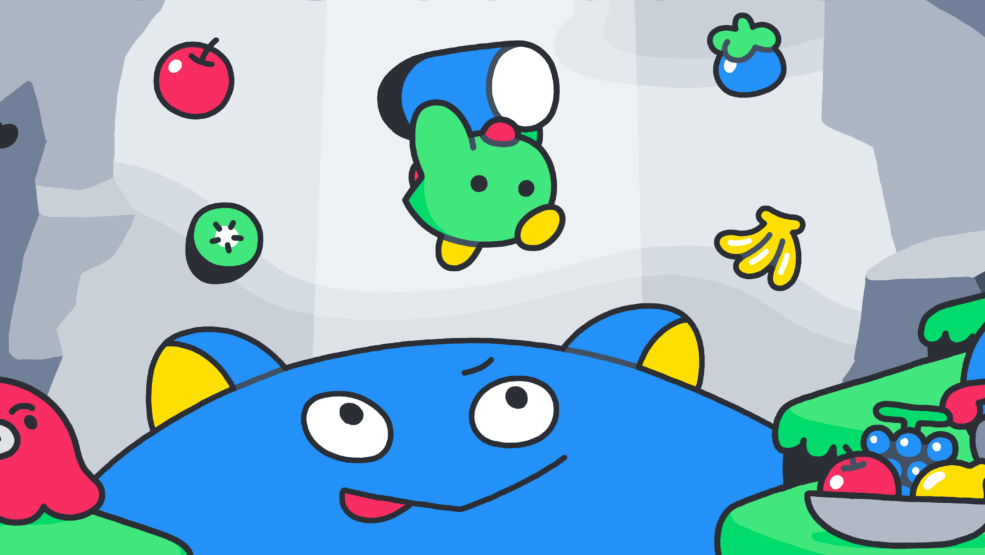 As part of the 2022 Summer Game Fest showcases, Netflix’s Geeked Week announcements revealed a number of game-related projects and partnerships. Some of them are related to Netflix shows, like the renewal of The Cuphead Show! and Dota: Dragon’s Blood, as well as new anime adaptations based on Tekken and Dragon Age. But the actual offering of video games on Netflix also got some very notable additions.

The most significant of them is a partnership with the boisterous indie game publishing label Devolver Digital, which will be publishing three games exclusively as part of Netflix’s mobile games offering. And they are killers.

The first, which is available now, is Poinpy, an endless action-platforming game designed by Ojiro Fumoto. Fumoto is responsible for Downwell, his first highly-acclaimed action-platformer released for PC, Mobile, and Nintendo Switch in 2015. Fumoto spent a brief period of time working as a developer for Nintendo in 2018, but ultimately returned to indie development.

Poinpy is likely the fruit of his labour over the last few years, and it’s every bit as compulsive and engaging as Downwell was. The objective is to jump and bounce up an endless chute, while collecting fruits to mix juice recipes for an enormous cat. The challenge comes from not being able to touch the ground, relying on wall-jumps, stomping on enemies, and environmental mechanics to both gain momentum and replenish your ability to jump in mid-air.

Speaking personally, I have already invested far too much time into Poinpy – it’s as every bit as good as Fumoto’s first game, and it came as an excellent and unexpected surprise.

The second Netflix-exclusive project from Devolver is Reigns: Three Kingdoms. The Reigns series is also widely acclaimed, drawing a lot of praise for its narrative focus and novel, Tinder-inspired mechanic of swiping left or right to make conversation choices and branching decisions. It’s a game that is designed with mobile in mind, and it has received a handful of sequels, including a licensed Game of Thrones version.

Reigns: Three Kingdoms brings the formula to the epic narrative of the Three Kingdoms, a fictionalized version of the real-life regional, political and military feuds of China during 220-280AD. The story and its primary figures have been adapted into numerous adaptations, including video games such as Romance of the Three Kingdoms and Dynasty Warriors. Given the enormous popularity of the story in Asia, and its growing popularity in the West, this is a match made in heaven. A release date has not been announced.

Finally, Terra Nil is a reverse city-building game where, instead of building up an urban environment, you’re reclaiming a wasteland with the natural environment. It comes from Free Lives, an inventive developer and longtime Devolver partner, who has been responsible for popular games like Broforce, Genital Jousting, and the upcoming Anger Foot.

Netflix series The Queen’s Gambit also had a video game adaptation announced for Netflix Games. All jokes about chess already being a game aside, it looks as if this version will feature a variety of chess puzzles designed to improve your ability to comprehend the timeless game.

The Queen’s Gambit Chess looks like it’ll also pit you up against some of the opponents seen in the show, which could hypothetically mean they all have certain playstyles and weaknesses, which could be fun for real chess aficionados.

Another TV adaptation in the works is Shadow and Bone: Destinies, described as a single player narrative RPG adapting the story of Alina Starkov and her band of friends.

Every major indie game getting a mobile release via Netflix Games

The company also announced that it would be publishing mobile versions of a number of existing and upcoming indie games from more notable publishers.

Upcoming games include Desta: The Memories Between – developed by ustwo (Monument Valley, Alba: A Wildlife Adventure) and previously announced at the Day of the Devs showcase days earlier. Another was Immortality, the latest FMV narrative mystery from Sam Barlow (Her Story, Telling Lies) and others.

Existing games include Raji: An Ancient Epic, an action-adventure game based on Indian folklore which first launched in 2020. Another is Spiritfarer, a critically-acclaimed platforming and management game about dealing with death, and ferrying lost souls to the afterlife. There’s also Kentucky Route Zero, yet another critically acclaimed narrative game.

Netflix Games says it plans to have more than 50 games available as part of its subscription by the end of the year. Judging by what it revealed during Summer Game Fest, things are looking much stronger for the company’s subscription video game offering. Let’s hope it can keep up the momentum.