Devolver Digital showed off a new trailer for Anger Foot, a first-person action game where you kick a lot of things, and have a ball doing so.
Edmond Tran 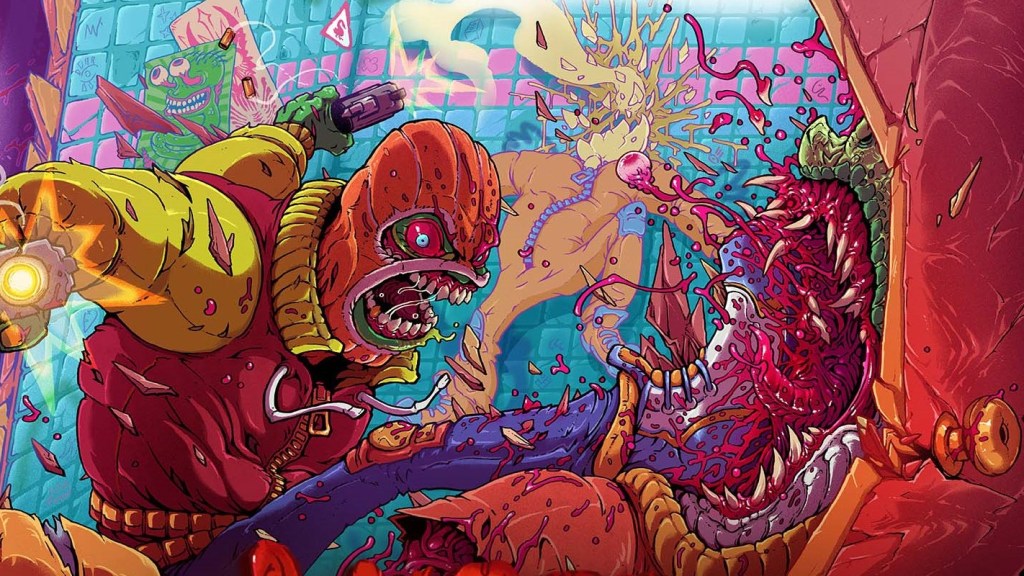 Devolver Digital-published games never cease to be weird. Shown off during Summer Game Fest was Anger Foot, a frenetic, first-person action game where you seemingly kick a lot of things – doors, enemies, explosive objects – as you dispatch bipedal crocodiles pulled straight out of Donkey Kong Country, and giant tentacles. You’re probably also some kind of gross frog who vapes, from what we can tell.

The trailer showed off plenty of gunplay and cartoony explosives on top of the kicking, and a very bright and grimy cartoon aesthetic.

While its existence has been previously known – it was created for the 7DFPS Game Jam, and you can play that version of the game on Itch.io – it seems like Devolver has picked up the publishing rights to the full version of this incredibly fun-looking game.

It’s got a supremly strong sense of style, will likely have a pumping soundtrack, and is developed by the folks at Free Lives, who brought you great games like Broforce, Gorn, and Genital Jousting.

Anger Foot is set to launch sometime in 2023, and we can expect the game to come to PC at the very least. You can wishlist the game on Steam now.