The celebration features a big sale on great Australian games, must-play demos of upcoming ones, and a ton of developer talks.
Edmond Tran 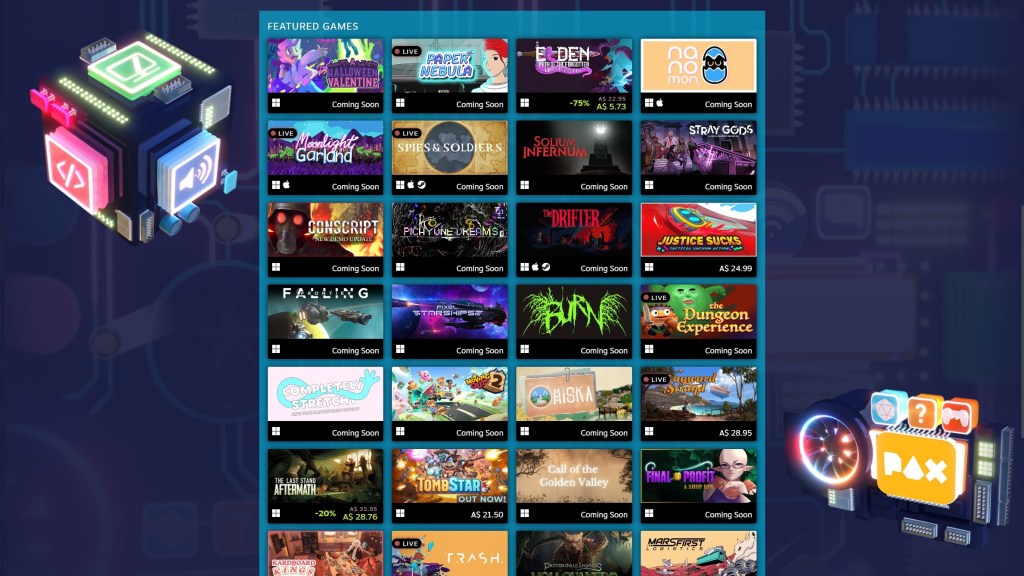 Online, MIGW 2022 also has a major presence – on Steam, the dominant digital PC game storefront, which allows everyone around the world to connect with the Australian games industry. The Steam Festival is one of the great innovations to come out of MIGW during the last two years of lockdown.

The MIGW 2022 Steam Celebration features a hefty series of live-streamed talks from local Victorian developers working on games like Stray Gods, Wayward Strand, Cult of the Lamb, and Justice Sucks: Recharged, as well as concert streams featuring the music from local games like Knuckle Sandwich and Video World. Over 14 hours of livestreams are planned.

Finally, there are deep discounts on dozens of excellent Victorian-made games. Several modern classics can be grabbed for a bargain, so here are some you definitely shouldn’t pass by (all prices are in AUD):

The Best Deals from the MIGW 2022 Steam Festival