Everything we know about Rockstar’s Grand Theft Auto 6

A fresh announcement from Rockstar Games has confirmed that what could be GTA 6 is in the works. Here's everything we know so far.
Leah J. Williams 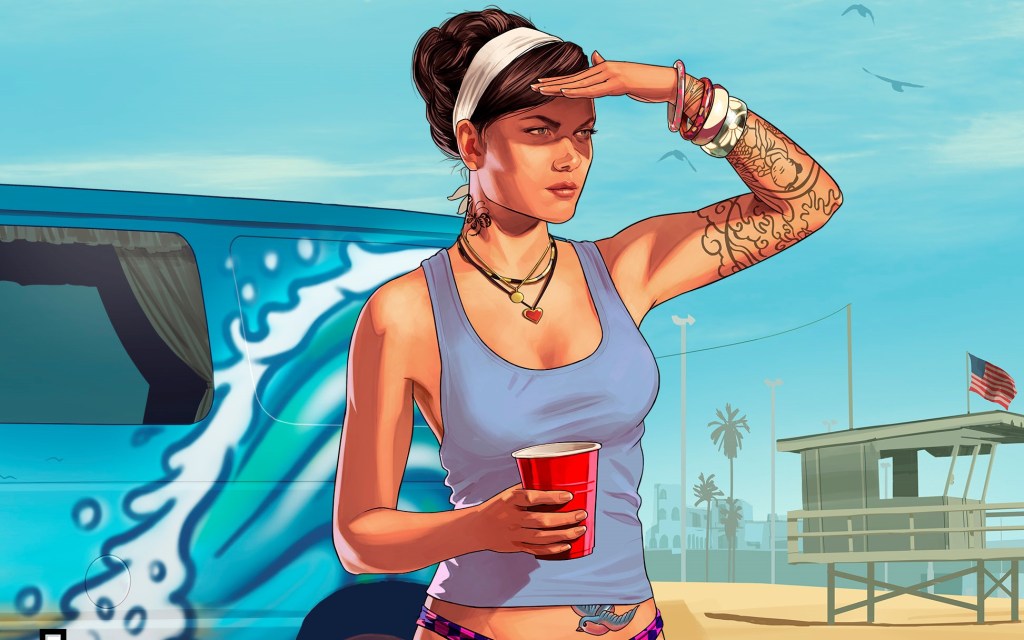 Nearly a decade on from the launch of Grand Theft Auto V, the game is still breaking records for Twitch viewership, and enjoying long-term success thanks to Grand Theft Auto Online. But like all things, the reign of GTA V is set to end, with Rockstar Games recently announcing work on the next Grand Theft Auto is currently well underway. While we don’t know how long it’s been in development for, what it’ll look like, or if it’ll even specifically be called Grand Theft Auto 6, there’s still plenty to get excited about.

Here’s everything we know about GTA 6 so far.

When is GTA 6 coming out?

In Rockstar Games’ February 2021 announcement, it confirmed ‘active development’ for the next Grand Theft Auto was ‘well underway’, with no indication of how long the game had been in development for. While a sequel to GTA V has apparently been discussed since 2013, unconfirmed rumours claim that work on the title only began in April 2020, after Red Dead Redemption 2‘s development and promotion cycle wound down.

GTA V is one the best-looking games of the last console generation, and given failures with the GTA Trilogy remaster, it’s likely Rockstar Games will want to take its time to develop an impressive game that eclipses past titles and blows fans out of the water.

Recently, in July 2022, a Bloomberg report suggested that GTA 6 likely will not be released until 2024 or 2025, given the challenges with remote working amid the COVID pandemic, as well as measures taken by the company to improve its working culture and avoid constant, excessive overtime as it saw during the development of Red Dead Redemption 2.

In June 2021, leaker Tom Henderson claimed in a YouTube video that GTA 6 will take place in a modern day version of Vice City, the game’s fictional version of real-world Miami, and that it’ll have multiple playable characters running around an evolving, Fortnite-style map that changes over time.

While this shouldn’t be considered as confirmation, this direction is mentioned by multiple sources online – and it would also explain why Vice City was recently remastered.

A similar technique was used by Pokemon when launching Pokemon Legends: Arceus. This game referenced events from Pokemon Diamond and Pearl, and was set in the same locale, so a remaster ahead of the new game caught people up on important events.

In the July 2022 Bloomberg report on GTA 6 Jason Schreier revealed that the story of GTA 6 will be influenced by the film Bonnie and Clyde, and feature a Latina woman as one of its two protagonists.

In that same report, Schreier again suggested that the game would be set in Vice City. The article also revealed that the game initially took place across several cities and locations across North and South America, but this idea was scrapped to keep development goals realistic.

What do we actually officially know about GTA 6?

Despite GTA 6 being one of the most anticipated video games of the decade, Rockstar Games has been unsurprisingly coy about promoting the game or talking about any details.

Here’s what the studio actually said about the next GTA game in a recent Grand Theft Auto community update:

‘With the unprecedented longevity of GTA V, we know many of you have been asking us about a new entry in the Grand Theft Auto series. With every new project we embark on, our goal is always to significantly move beyond what we have previously delivered — and we are pleased to confirm that active development for the next entry in the Grand Theft Auto series is well underway. We look forward to sharing more as soon as we are ready, so please stay tuned to the Rockstar Newswire for official details.’

‘On behalf of our entire team, we thank you all for your support and cannot wait to step into the future with you!’

That’s basically everything Rockstar has said about the title, beyond some late 2013 comments about how excited the team were for the next chapter of Grand Theft Auto.

Read: GTA 6 will reportedly have Hispanic female and male protagonists

For now, Rockstar Games is playing its cards very close to its chest. It’s likely we won’t hear more until we get closer to that rumoured 2025 date, as the studio works behind the scenes to create the next big GTA adventure.

While it’s good to have confirmation the game is in the works, it’s probably best not to hold your breath for more news anytime soon.