GTA 6 will reportedly have Hispanic female and male protagonists

A report about changing working conditions at Rockstar Games has also revealed several new details about the characters and world of GTA 6.
Edmond Tran 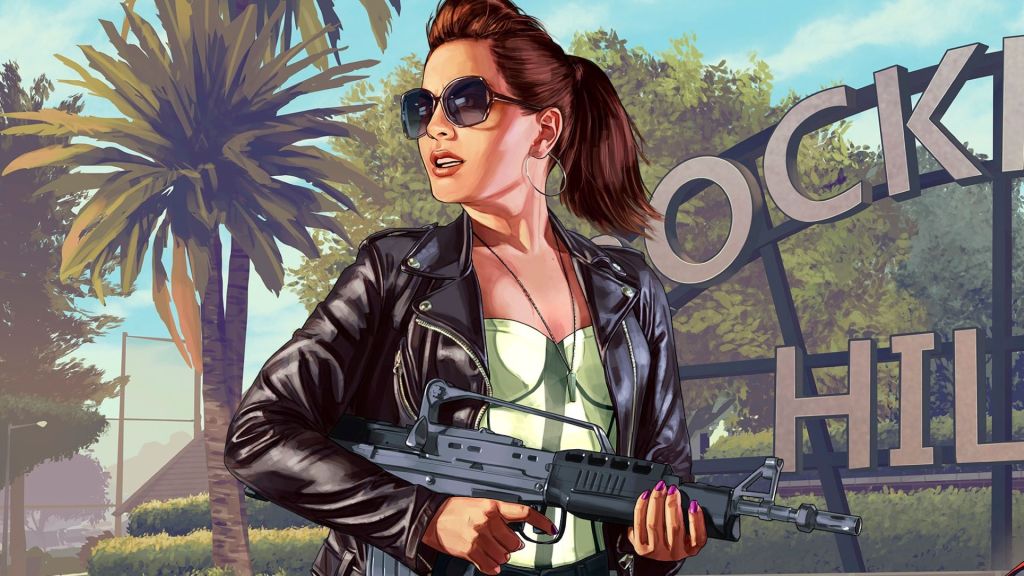 A new Bloomberg report that details the changing working culture at Rockstar Games has also revealed a number of new details about Grand Theft Auto 6 (GTA 6), the studio’s next entry in the lucrative, long-running open-world crime game series. The most significant tidbits revolve around the game’s two protagonists, one of which will supposedly be a Latina woman in a story influenced by Bonnie and Clyde. The series hasn’t seen a female protagonist since Grand Theft Auto 2 (1997).

Details of the studio’s changing culture, previously labelled as ‘frat boy’ and involving ‘excursions to strip clubs’ among other things, are also accompanied by reports that Rockstar Games is attempting to alter its style of humour to avoid targeting marginalised people and relying on crude stereotypes. The series, which positions itself as a satire of American society, has been criticised in the past for ‘punching down’ and making jokes at the expense of transgender and homeless people, for instance.

The report also corroborates previous rumours that GTA 6 would be set in Vice City, a fictional version of Miami that was the setting of much-loved Grand Theft Auto: Vice City (2002). Vice City was set in the 1980s, with a story influenced by Brian De Palma’s Scarface.

The report also suggests that GTA 6 would see the most indoor locations of the series, which has largely focussed on outdoor activities to this point.

The Bloomberg report also details that the original scope for GTA 6 was far larger, encompassing several locations between North and South America, but this was changed to keep development goals realistic, especially in the wake of the challenges arising the COVID pandemic, as well as the company’s earnest attempt to create a better working culture.

In 2018, a New York Magazine interview with Rockstar co-founder Dan Houser revealed that people on the development team would work several 100-hour weeks during the development of Red Dead Redemption 2. Hauser was attempting to talk up the grand scope of the American Western adventure.

Though Hauser tried to walk back the statements and isolate those working conditions to a specific group of senior staff, the interview led to many former and current Rockstar employees speaking out, likely causing an internal reckoning at the company.

These revelations were a big factor in sparking awareness of similar conditions at other game development studios, and sparking increased interest in industry unionisation.

Some of the workplace changes that have now been put in place at Rockstar Games include additional producers to help avoid overtime, the conversion of temporary contractors to full-time employees, the removal of abusive employees, new mental health leave and other leave benefits, and greater flexibility.

Bloomberg reports that Rockstar’s new, healthier working environment, in conjunction with new remote working conditions caused by the pandemic, has naturally slowed down the game’s development somewhat. Developers allegedly told journalist Jason Schreier that GTA 6 has been in development since 2014, and likely won’t be ready until at least 2024.

Of course, it seems as if Rockstar plans to keep working on GTA 6 post-release, with talk of new missions and cities. Given the immense, continuing success of Grand Theft Auto Online, which has kept Grand Theft Auto 5 at the top of the sales charts in several countries despite being released in 2013, post-launch support is unsurprising.

However, it is worth noting that the company’s attempts to mimic the same success with Red Dead Redemption 2 was not as fruitful.

Should Bloomberg’s report be accurate, it’s heartening to hear. If one of the biggest and most successful studios in the video game industry has the capacity to turn a toxic and unhealthy working culture around, then others can certainly follow suit. Great video games do not have to come at the expense of the health of the human beings making them.