How Pokemon Legends: Arceus connects to Diamond and Pearl 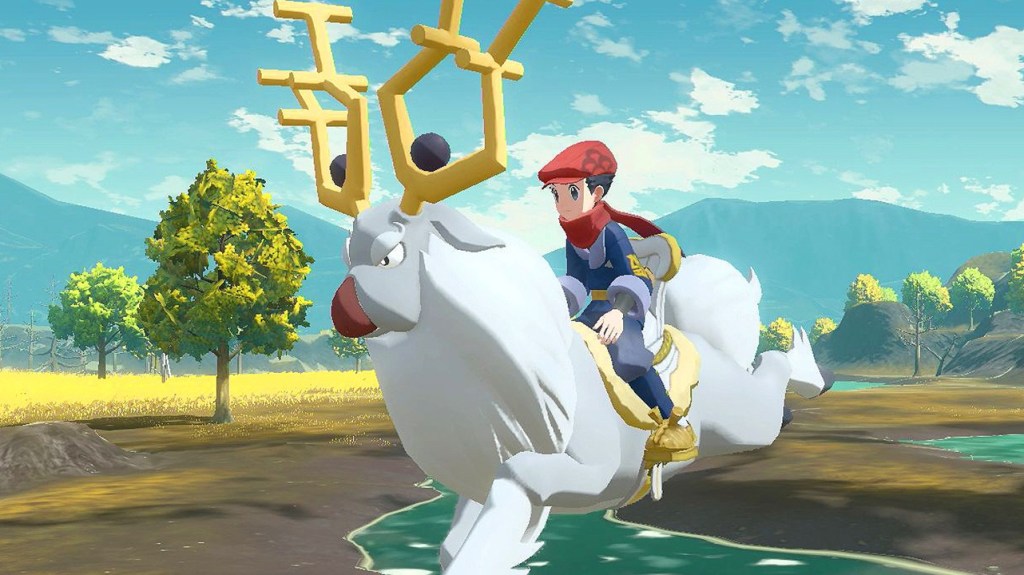 Pokemon Legends: Arceus is set to launch in late January 2022, just a few months on from the launches of Pokemon Brilliant Diamond and Shining Pearl. While getting two major Pokemon titles so close together is certainly unexpected, the reason is very simple: the games are connected.

Pokemon Brilliant Diamond and Shining Pearl are both remakes of classic Nintendo DS games set in the Sinnoh region. Arceus is also set in Sinnoh, and promises to tell an intricate story from a “long-gone era”.

Re-introducing Sinnoh just months before Arceus releases will mean those secret ‘ties’ between the games will be a bit clearer. It’ll also give players a chance to glimpse the Sinnoh region before learning more about its history.

Where is Sinnoh, and what is Hisui?

Sinnoh is a region in the Pokemon world first introduced in Pokemon Diamond and Pearl. In geographical terms, it’s north of towns Kanto, Johto and Hoenn, which all feature in various Pokemon titles, and is home to unique Pokemon like Turtwig, Chimchar and Piplup.

Pokemon Legends: Arceus is set in Sinnoh, during a time when the land was still known as ‘Hisui’.

It appears Hisui refers to Sinnoh as it was in its ‘discovery and settlement’ era, a time when researchers were just starting out on their journey of Pokemon discovery.

During this time, the early Poke Ball was created (made from wood) and researchers went out into fields to discover wild Pokemon and record their habits.

Sinnoh and Hisui have some similarities, and some differences

Interestingly, there are some major differences between the Sinnoh seen in Diamond and Pearl, and the one in Arceus.

Hisui is a less populated region for one thing, but it also seems to feature regional Pokemon variants not seen in Sinnoh. Hisuian Growlithe appears to more closely resemble a traditional lion, Hisuian Zorua looks more like a ghost, and there’s even new ‘strong style’ Pokemon, which have more vicious attacks.

While Hisui is home to all manner of Pokemon and new encounter types, it seems nature in Sinnoh is a bit less diverse. This may indicate some kind of ecological disaster between the time period of Pokemon Legends: Arceus and the events of Pokemon Diamond and Pearl — or just show the impact of gentrification.

Currently, the time gap between these titles is unknown — but the events of Arceus will tie back to Diamond and Pearl in a big way. Players recently found hints of this connection in Diamond and Pearl‘s Canalave Library, where a new myth known as The Sea’s Legend can be found on a shelf.

The text of this new book reads:

Once upon a time in the East Sea, there was a Pokémon known as the prince. A brave human asked Pokémon living in the sea to let them see the prince.

Mantyke, Buizel, and a Quilfish with huge spikes acknowledged the human’s bravery and joined them. Together, they set off in a boat over the sunset-streaked sea, sailing through the ocean gate stretched over the waves. News of this reached the ears of the prince, who went to meet the brave little party at the Seaside Hollow.

Given this text is new, it could play into the story of Arceus.

In Pokemon Legends: Arceus, you’ll play as either Akari or Rei, members of Galaxy Expedition Team, a group who comes together to study the unique biomes of Hisui and the many Pokemon that inhabit it.

Rather than being a traditional ‘trainer’ in this Pokemon title, you’ll be doing independent research and travelling deep into the heart of Pokemon territory to fill out the region’s very first Pokedex.

Read: How Pokemon Diamond and Pearl taught kids the value of human connection

You’ll operate from the hub of Jubilife Village (known as Jubilife City in Diamond/Pearl) where you can receive assignments, stock up on supplies, and head out on a grand adventure. Along the way, you’ll encounter Noble Pokemon blessed by mythical powers, learn more about Hisui, and even take part in dangerous new Pokemon battles.

While Arceus‘ official website doesn’t detail an exact plot beyond the need to gather and research Pokemon, it’s likely a larger narrative will guide the action of the game. There is a massive time jump between Arceus and Diamond/Pearl, but expect narrative threads to connect the games together.

For now, we have no further clues about how Hisui became Sinnoh — but it appears Arceus will dive deep into this history and connection when it launches next year.

What should you expect from gameplay?

Pokemon Legends: Arceus will be both familiar and new, providing a fresh spin on the traditional ‘catch ’em all’ gameplay of the Pokemon franchise. This go around, there’ll be fewer trainer battles, more exploration, and you’ll be able to throw Poke Balls at wild Pokemon in real-time.

Battles will still be turn-based, and mostly be against wild or out of control Pokemon who can have new battle states like ‘Frenzied’, which causes them to grow larger and be more aggressive.

These Pokemon may attack you as you travel in a wider, semi-open world, making exploration a dangerous but rewarding endeavour.

Arceus will also shake up the Pokemon formula, giving players new ways to travel through worlds as player characters take on a more active role in the action. Rather than being simple bystanders, players are directly involved in battles, making them more complex and interesting to take part in.

Higher stakes, bigger battles and more risks mean Pokemon Legends: Arceus should be one of the most interesting Pokemon games in years.

Pokemon Legends: Arceus will launch for Nintendo Switch on 28 January 2022. Pokemon Brilliant Diamond and Shining Pearl are out now.