Exoprimal revealed by Capcom, a shooter with a dino crisis 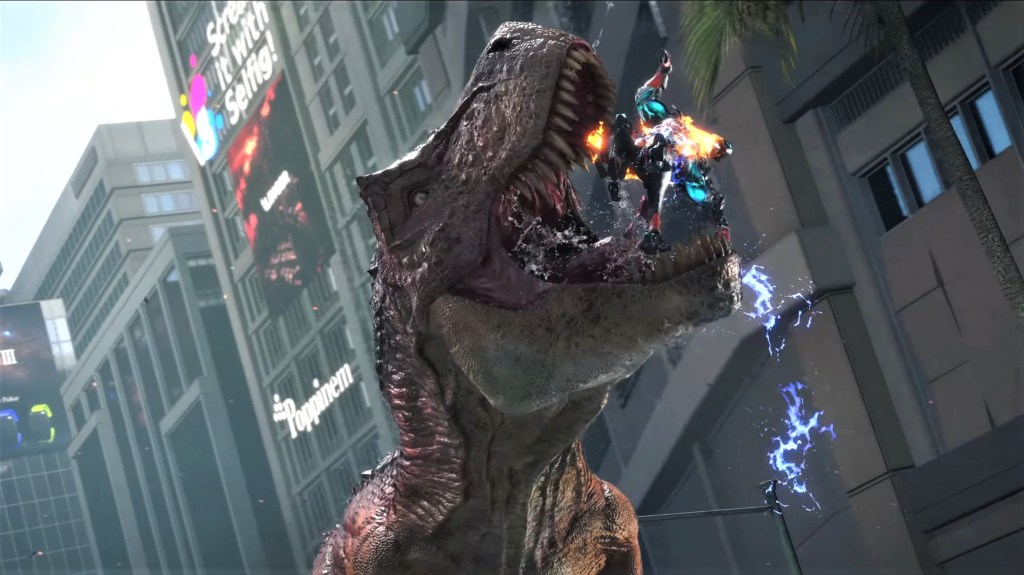 Capcom announced a futuristic dinosaur hunting game at the March 2022 PlayStation State of Play. Unfortunately for expectant fans, it doesn’t have the words ‘Dino’ or ‘Crisis’ in the title – it’s called Exoprimal.

The reveal trailer showed off a future setting where dinosaur outbreaks are apparently a typical occurrence in the daily weather forecast. Hordes of dinosaurs were shown spilling out of portals, and the trailer answered exactly how this unique disaster is managed: robotic exosuits.

Featuring third-person, team-based shooting gameplay, the trailer spotlighted lots of dinosaur shooting, different exosuit classes, and a variety of special abilities, which each have echoes of Bioware’s Anthem.

One of the characters in the trailer bears a resemblance to Dino Crisis protagonist Regina, but the official connection to the classic series is unknown. Either way, we’re going to call this a ‘spiritual successor’.

Though it got a sequel in 2000 in Dino Crisis 2, the series has been dormant ever since. Fans have been calling for a followup to Dino Crisis for some time, especially after Capcom’s revitalisation and modernisation of the Resident Evil series.

Needless to say, Exoprimal is definitely not a survival horror game, but the big focus on dinosaurs might suggest at least some connection. A teaser at the end of the trailer doesn’t provide any obvious clues.