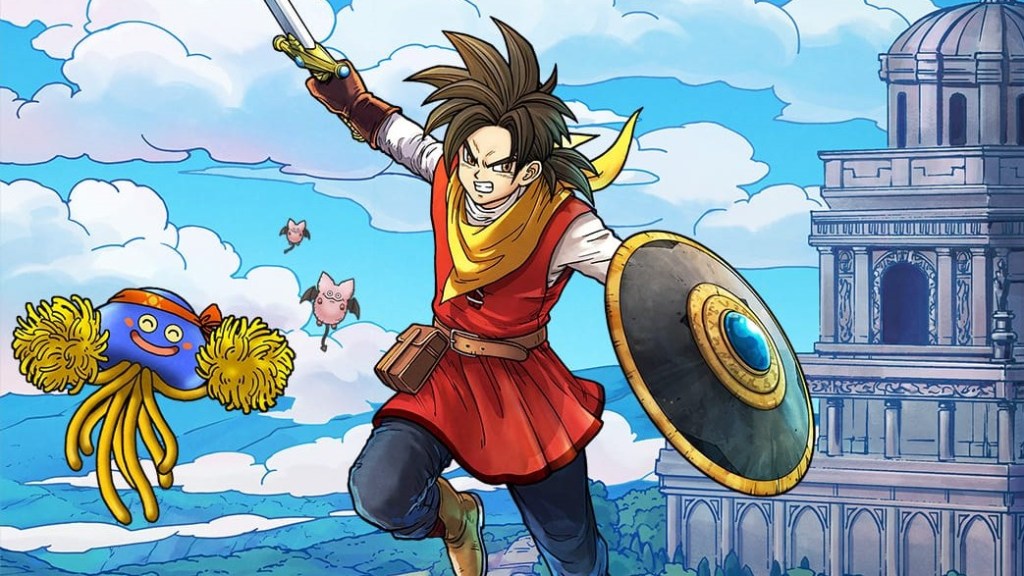 Square Enix and Koei Tecmo have announced yet another mobile spin-off game based on the iconic and immensely popular Dragon Quest series. Dragon Quest Champions is the name, and it appears to be a multiplayer title that revolves around the very traditional turn-based combat of the RPG franchise – which has seen only very incremental evolution since it first debuted in 1986.

According to the official website of Dragon Quest Champions (as translated by Gematsu), the game revolves around a Battle Royale-style Tournament Mode, where 50 players roam around a map in real-time, searching for items, fighting familiar Dragon Quest monsters to improve their abilities, and then fighting other players in turn-based battles until they’re the last party standing.

Square Enix announced the game in a live stream presentation. We’ve bookmarked the video so you can see the game in action:

While the mixture of real-time roaming, traditional turn-based RPG battles, and competitive multiplayer seems strange, the footage does give some idea about how it might work.

Players can see each other running around the map, and can engage in combat with an opening attack, which takes both opponents to a separate, turn-based battle screen. It appears as if each player can have three different characters in their fighting party.

There doesn’t seem to be any pressing time limit when it comes to selecting your commands (whether to attack, run, or use a special ability or item), but since other players can still see you on the free-roam map, and can see that you’re in the midst of a battle, they can jump in halfway to try and disrupt things. Taking too long to dispatch an enemy or running away increases the risk that another player will enter the battle, and you’ll have even more combatants to deal with.

Square Enix says that Dragon Quest Champions will also have ‘plenty of solo gameplay elements’, such as a Story Mode and ‘all sorts of quests,’ though we presume that’s likely to be Fortnite-style challenges.

Champions has no firm release date, and there’s no word on whether the game will come to Western markets just yet. A closed beta test for the Japanese market will run from 6-13 February 2023, and will be limited to 10,000 applicants on iOS, and 10,000 on Android. Those eligible can apply on the Dragon Quest Champions website.